South Sudan: Development in the youngest country in the world

Founding a new state. How do you organise and plan for water and sanitation in a country which lacks most revenues, infrastructure or a private sector and is shattered by conflict? South Sudan: the youngest country in the world is balancing between a promising future and fiasco. 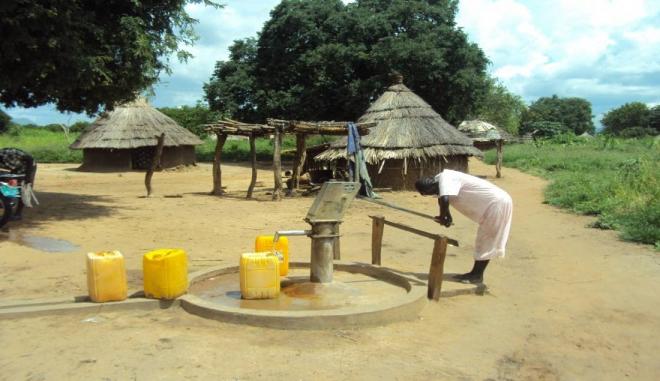 South Sudan descended once more into violence in 2013 after a power clash between president Salva Kiir and former vice-president Riek Machar. The conflict has left tens of thousands of people dead, 1.5 million internally displaced and millions of lives still being at risk. Earlier this month, US secretary of state John Kerry accused both parties of failing to take the chance to end conflict. "South Sudan's promising future is "at grave risk of being squandered", he was stated saying.

Conflict often stops development in a country, letting it slide back to emergency aid and short-term thinking. Despite this, René van Lieshout, Senior programme officer at IRC, is working on a project in South Sudan with the regional authorities to establish water and sanitation services. "Doing nothing is not an option," he says.

Since one year, IRC is running a pilot on behalf of VNG International in the state Eastern Equatoria, in the south of the country that borders with Kenya and Uganda. IRC works with two counties to help the young government with its request to establish water services that last, instead of short-term emergency interventions that have marked the state since its split from the North. Eastern Equatoria is relatively stable, but planning for development in this context is hard.

"The first thing we did was taking authorities to neighbouring Uganda where rural water structures are relatively developed," van Lieshout says. "Taking their example, it served as an inspiration for building the capacity of the government." The national policy prescribes a model of community water management. This meant that from now on communities would be responsible for managing their own water systems. IRC helps the local authorities to establish and train these committees in villages to organise themselves and take up the role of managing the village water and sanitaiton services.

At the same time, IRC supports the local authorities with how to plan better for sustainability. For example by researching what the conditions are for scaling-up a common technology like the India Mark II Hand Pump. Using a method called Technology Applicability Framework (TAF), the government for example found out that there was a serious need to start planning for spare parts for these pumps and to raise awareness. Such conclusions are now integrated in the county planning.

Western donor money – also from the Dutch government - goes to improving infrastructure, but most donors also support capacity building. And this is urgently needed.

"In South Sudan we are dealing with such a young government and most structures are not yet in place," says van Lieshout. "The country is in its building phase. This is relatively new for us as well: IRC mostly works on changing water and sanitation sectors in countries where infrastructure and organizational structures have a long history but are malfunctioning. In the case of South Sudan, you start from a blank page so to speak, so you can refrain from making the same mistakes as you've seen over decades in other countries. What this means? Start planning for sustainable service delivery immediately."

This differs from what happened in the past years of conflict. Van Lieshout: "Big NGOs came in and built schools or pumps. Many of which are left now unused or broken." The government was too weak or lacked resources to monitor all the efforts by different parties, and money was thrown down the drain. But now, one of the priorities the government has set is to create a round table, to take a leading role and get different NGOs and partners working in the area together. To achieve for example that all make the same agreements with communities about paying for water – a very sensitive and crucial point for (lack of) sustainability.

IRC is hoping that the area where it works will stay relatively stable. Van Lieshout: "Conflict fragments all. It has a paralysing effect on the country and facilitates short-term thinking. In times of emergency most donors hold on to their development investments. The country's focus switches from development to conflict, and furthermore, people who are linked to different parties are removed from line ministries for conflict related duties." Everything that is learned now can be used later. However, after years of conflict, there are only very few experts in water and sanitation departments left. Many young people are filling the gap, and most of them have no background in the sector.

"If politicians would stop fighting each other and start to act to improve lives of their citizens, then finally something can change. That's the first condition for change," van Lieshout says. 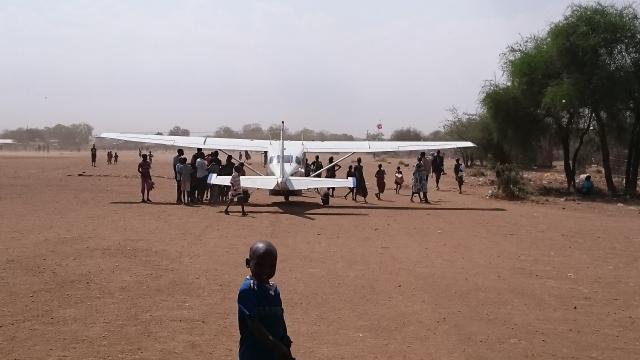