Embracing the importance of interconnection 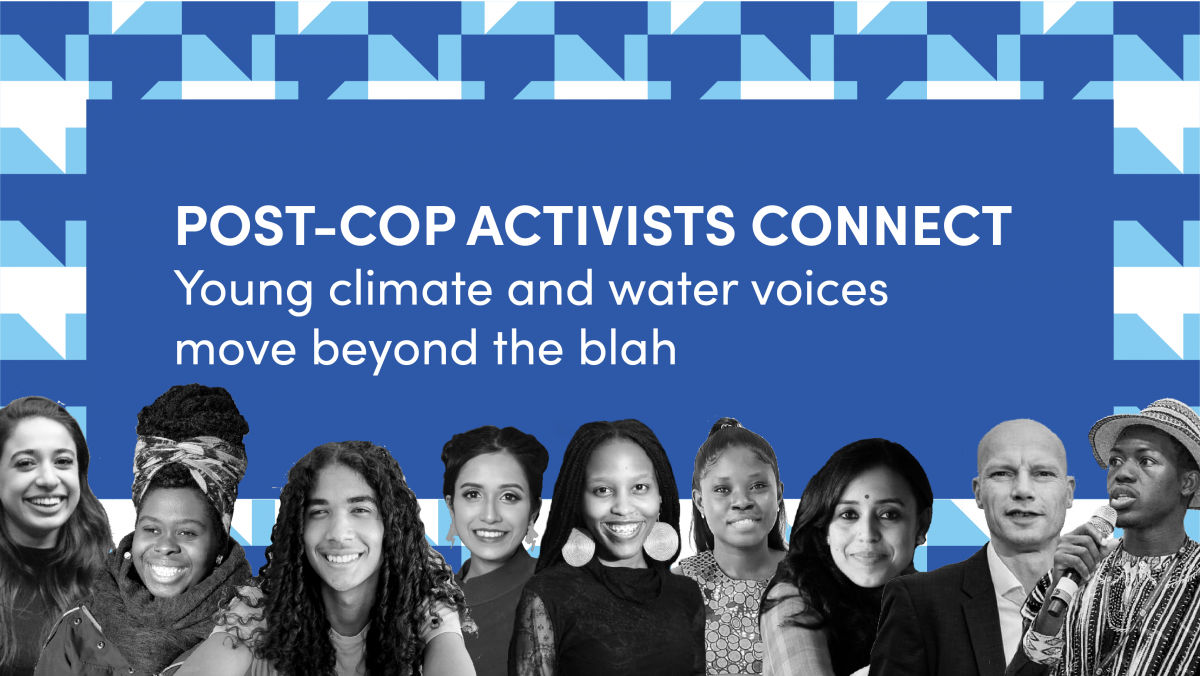 Looking back on Post-COP Activists Connect

On the 20th of January over 200 registrants from 27 countries tuned into an animated discussion between young climate and water activists. In a virtual discussion commonalities and solutions were shared to the key issues facing the world.

The global panel of passionate activists present at "Post-COP activists connect: young climate and water voices move beyond the blah," demanded more integrated thinking and collaboration to meet the vision for a more intersectional, inclusive and equitable future.

With the biggest climate discussions to date behind us, the six young leaders shared their honest reflections on the global conference: shining a light on the glimmers of hope, but more importantly illuminating points of improvement and opportunities for greater inclusion.

The biggest problems facing our world today can only be solved if we recognise how interconnected they are – we have to learn and connect more, and do so in a variety of ways.

The event, was powered by the energy of Hajar Yagkoubi, former United Nations Youth Delegate for the Netherlands, and included six brilliant panellists and thoughtful subject expert Henk Ovink, Special Envoy for International Water Affairs for the Netherlands.

Here are some brief highlights from the event:

Dialogue I: Reflections on COP26

The panellists were asked to reflect on COP26 and they offered several insights about the global conference, interconnectedness and action going forward.

Gabriel Klaasen, Youth Coordinator at the Africa Climate Alliance, was not so thrilled about the conference, expressing disillusionment over the divide that continues to exist between negotiators and activists. He noted that there was a fair share of "blah blah and tick boxes." The multi-dimensional aspect of COP was a concept touched on frequently by all panellists.

Despite this divide, there were some clear wins. Shomy Chowdhury, award-winning water, sanitation and hygiene activist and co-founder of youth-led NGO Awareness 360, noted that the inclusion of the Water Pavilion among other initiatives, meant that "COP showed a ray of optimism" demonstrating an integration of issues, including water, sanitation and hygiene (WASH) which had previously been overlooked.

Special guest, Henk Ovink, also weighed in saying that "my outrage drives my optimism. There is outrage that we're definitely not there yet. But the optimism comes from the fact that there is still massive commitment to make it work." 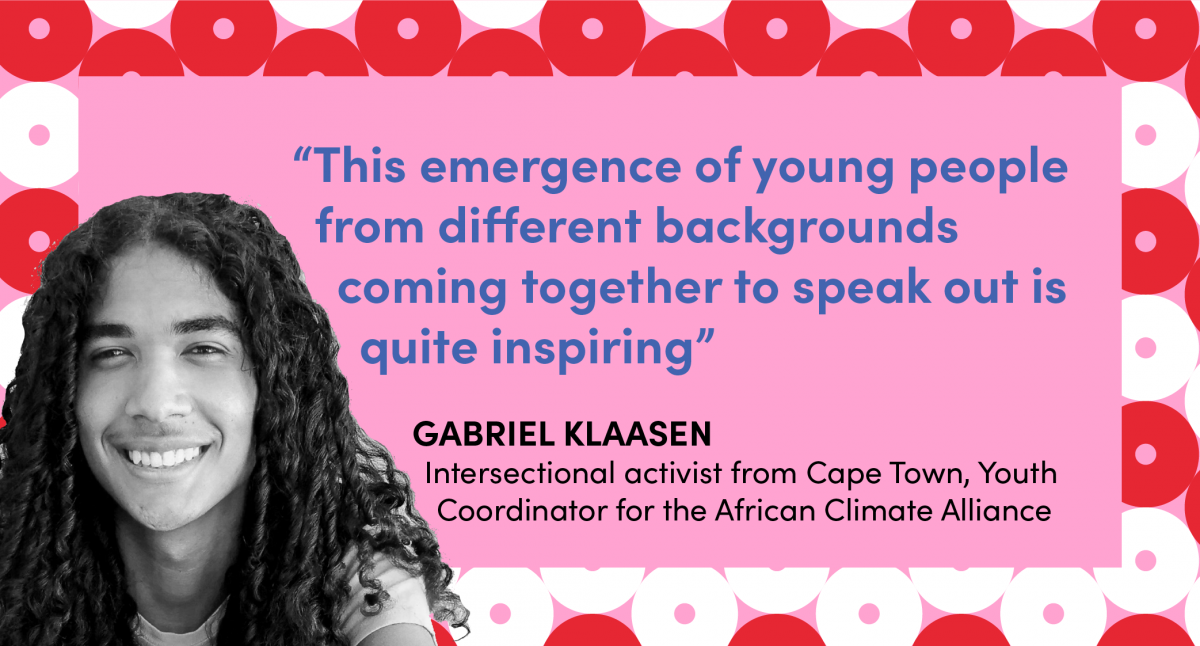 Dialogue II: How are water and climate integrated?

The link between water and climate and the impact both have on people and the planet was undisputed amongst the panellists. "A water crisis is also a climate crisis – they're not two separate things. So, we need to understand that connection," admitted Shomy Chowdhury.

But we have to have higher ambitions. "Climate change is not just an environmental issue; it is a justice issue. When we miss that inclusion of that justice lens in how we're responding to the climate crisis, it's a fail," said Valery Molay.

Climate change is not in the future, it's here and it will continue to have an impact on people around the world. Patience Agyekum, climate and youth activist from Ghana, touched on how the lack of water has had implications that stretch beyond administrative boundaries--that a drought in one community can fuel tensions between neighbouring communities, as overstretched resources grow even more scarce. Srilekha Chakraborty, gender rights activist from India, touched on how limited water resources and existing gender imbalances have been exasperating gender disparities in the rural indigenous communities she works in.

Inclusion needs to be real, rather than just on paper. Senior policy makers must communicate with people who are on the ground and are directly affected by climate change, and people in these communities should be engaged in the conversation. "There is an aspect of saying there's inclusion," Gabriel Klaasen mentioned, but that is far from the reality. "People [those most severely impacted by climate change] are viewed as needing to be saved, not worth engaging. And that is the most toxic narrative that is being painted."

The politics of language was raised by Srilekha Chakraborty, expressing the need for us to deconstruct the jargon and make the issues more relevant at the grassroots level.

Panellists were eager to focus on action and partnerships, changing the narrative and stepping out of boardrooms to work with communities. "We need to understand that whatever community we are representing, we need to ultimately acknowledge that we have to work together. We cannot work in silos," said Shomy Chowdhury.

Valery Moley expressed disappointment over the lack of cohesion. "It's great that we have a 'village', but if we're not getting all the villagers inside," solutions will be fractured. "If were not scheduling the time [for key negotiators] to have those conversations, expanding our knowledge and understanding", we should not be surprised by the lack of integrated thinking in the end outcomes.

Overall, the panellists agreed that climate change is already here and it's time to shift the narrative, step out of negotiating rooms and work with communities to take action now. 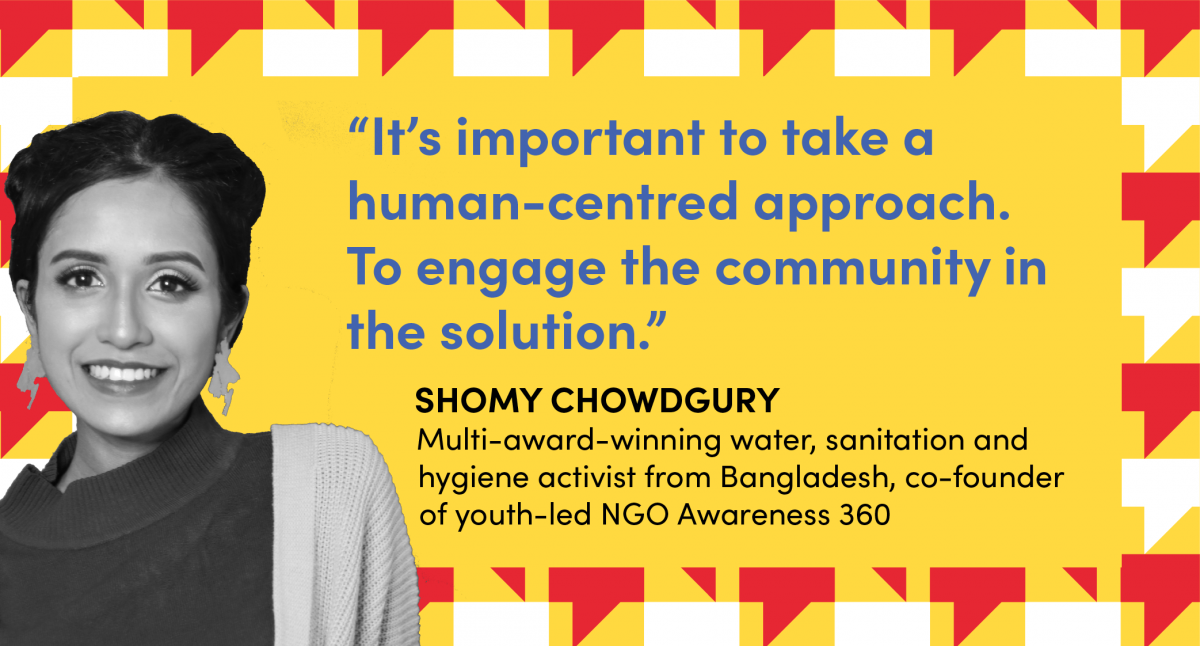 This event, the Toilet Talks show and website launched at the end of the event, form part of IRC's larger ambitions to move beyond siloed thinking and fuel connection. We need more impassioned people to join us and commit to connect! Unite with a group of like-minded people who are moving toward a more holistic, interconnected thinking. Explore the "Toilet Talks"" website, contribute your own stories of change and sign up for our newsletter.

More information on the event and the panellists can be found via this link.