Using real data, we look at how the WASHCost calculator can be used in practice in India.

This is a depiction of how someone can use the advanced tool of the WASHCost Calculator. The example input data come from the real dataset collected by the WASHCost project in India (see link below). 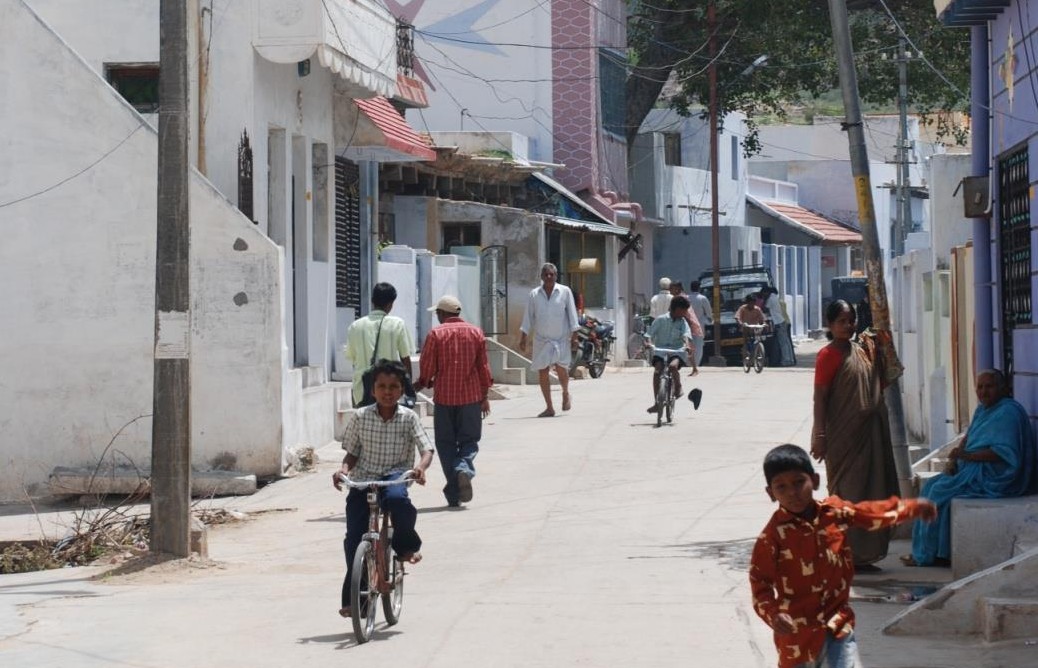 Ravi Kumar, Junior Engineer working at the Block level is concerned about maintaining the Open Defecation Free (ODF) status awarded to Venkatapuram. He wants to know if households and government are spending enough on sanitation services to maintain this status and to have a sanitation service report on finance that he can share with stakeholders.

Adding data to the Venkatapuram report

Several technologies can be defined in a service area in the tool. Venkatapuram has only one type of latrine. The junior engineer uses the technology screen to start to define the technologies used. First, by selecting the Pour Flush Latrine. 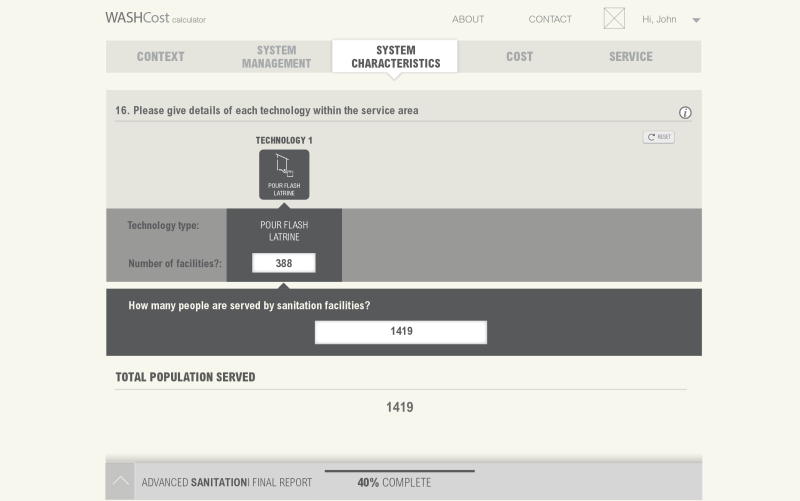 Some additional details can be filled in to differentiate between pour flush latrines. In this example, the latrines share the same characteristics. For example, there were no double pit latrines.

The junior engineer knows that in total, ₹ 3,015,342 was spent on constructing latrines in Venkatapuram. Unfortunately, he does not know what was spent on software costs.

Split up over the different components of the latrine, the investment was:

Ravi made educated guesses about the lifespans of each component.

From WASHCost, Ravi knows what the households are spending each year on operation and minor maintenance of their facilities, e.g. cleaning and materials. However, he does not how much households have spent to empty the pits, how often that happens and is not aware of any loans that have been taken out to construct the facilities.

In addition, there are some costs that are not related to households. There are costs for local governments to provide support to households and manage the subsidies (direct support) and there are costs related to the overall government administration and policy making that are required for the support of sanitation services (indirect support). These support costs were investigated by WASHCost in Andhra Pradesh and were found to be:

21% of households have achieved the best service in the village since everyone in the household uses the latrine, although the latrine is inconsistently cleaned. So the junior engineer defines the service like this:

71% have achieved a good level of service but the difference is not everyone in the household uses the latrine and 8% of households have no household level toilet so cannot be considered to have access to a sanitation service. Ravi inputs each of these into the WASHCost Calculator service level screen.

At this point, Junior Engineer Ravi Kumar can generate a report including a financial analysis of Venkatapuram based on the data he entered in the calculator. 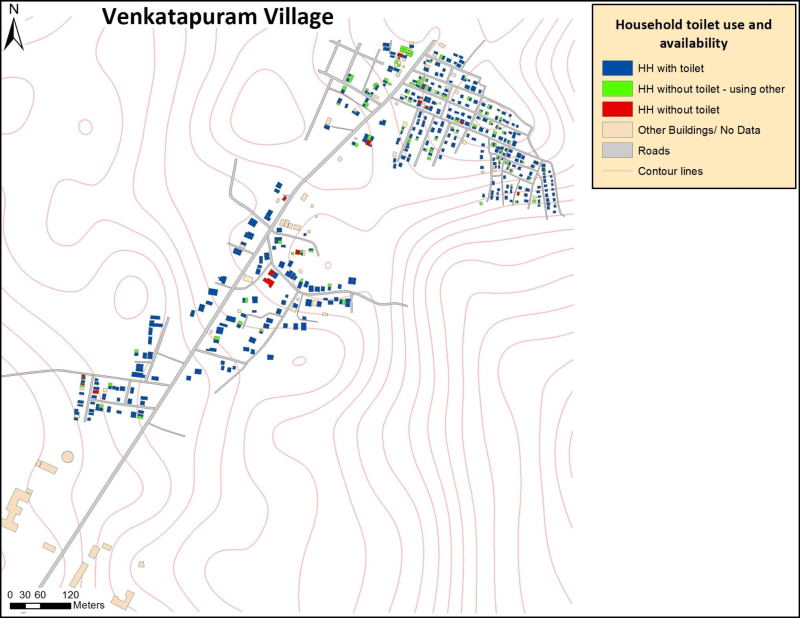 Ravi is concerned about maintaining the Open Defecation Free (ODF) status awarded to Venkatapuram and wants to know if households and government are spending enough on sanitation services.

Upon finishing the inputs, Ravi generates a nicely formatted report that can be shared with stakeholders.

The report provides a quick overview that Ravi can discuss with stakeholders first. He can bring up issues like missing data and try to fill in the gaps. In addition, over the long term, affordability may be an issue (more on this later). Finally, the junior engineer also has the chance to say what exactly the town has achieved in terms of service levels and at what cost.

Based on the inputs provided  (see the previous blog post above), these are the results:

The potential expenditure shortfall may put these services at risk.

In this section, Ravi gets an overview of the financial analysis. Based on inputs, the cost of establishing facilities and services is ₹ 3,015,342. The cost of maintaining those services over 30 years is ₹ 3,253,986 according to the inputted expenditure. However, estimated costs indicate that this too low.

There is an estimated potential shortfall of ₹ 307.93 per person per year based on a comparison with the WASHCost benchmarks and you capital expenditure. Missing data on software costs and capital expenditure may be affecting the results.

The total costs to finance operational expenditure, capital maintenance expenditure and the costs of capital equates to 0.4% of household income according to inputs. This is considered to be affordable.

It could be that the poorest households will still spend more than 2% of their income, which would be considered unaffordable. The official could try changing the income value to test the affordability for poorer households instead.

This check assumes the households will be paying directly or through tariffs for the operation, capital maintenance, and costs of capital of the facilities.

The table below summarises the service level by indicator.