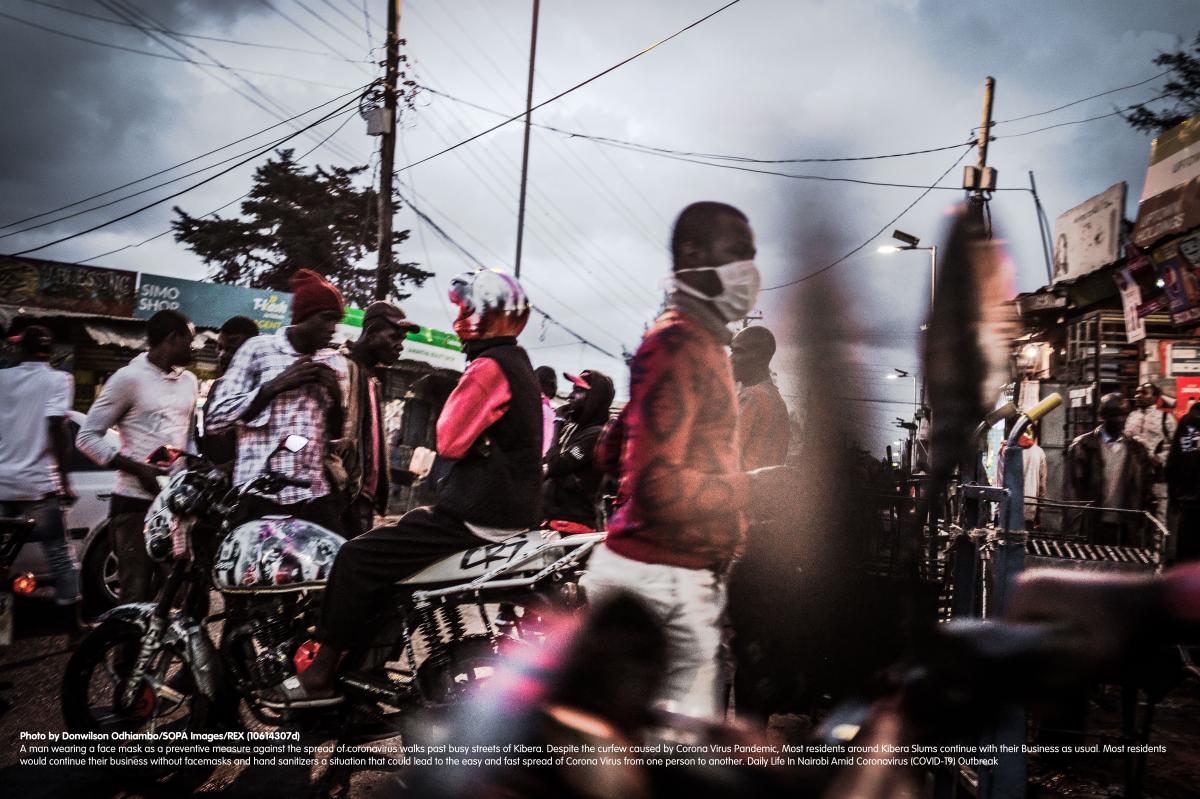 Every now and again the rich world has its nose rubbed in the true meaning of poverty. The coronavirus pandemic is but the latest example. We need to make sure it's the last.

As I write, aid agencies around the world are trying to ramp up their reaction to COVID-19. Yet my fear is that all this frenetic activity may do little more than underline the brutal reality that there is really not a lot we can do at short notice. Or rather, that the meaningful work we can do, of reinforcing basic public health messaging and measures, is going to seem woefully inadequate.

Herd immunity a cruel reality for the poor

The reality is that the under-development of basic public health infrastructure, like safe water and sanitation, cannot be put right overnight. All the eye-catching initiatives to spread soap and handwashing won’t take away from the fact that hundreds of millions of people don’t have access to safe water with which to use the soap, or have any choice other than to share an unsanitary public latrine in a crowded informal settlement.

None of this means that these are wasted efforts. They aren’t and anything that helps is worth doing – and IRC is doing its share. But, the inescapable reality is that how poor countries fare during the crisis will essentially come down to the whims of the virus itself – how deadly it really is – how easily transmissible. Herd immunity, a topic for heated discussion in the rich world, will be the simple cruel reality for the poor. And I hope and pray that COVID-19 is less deadly, less transmissible and more amenable to building up that immunity than many fear.

Because in the end, this is about poverty. Every now and again a moment comes when the global disparities in wealth become impossible to ignore. COVID-19 is one of those moments. Yes, anyone can get COVID-19, even rich country Prime Ministers. But poor individuals are more exposed and more vulnerable. How can people in slums living hand-to-mouth in the grey economy be expected to socially isolate?

Poverty affects individuals, homeless people in the rich world suffer more than those living in large houses. But it impacts countries too: reducing the capacity of states and their public systems to act. The United Kingdom struggles to impose a lockdown and protect a health service on which it spends about 5000 dollars per person per year. In Uganda, the comparable figure is 133 dollars.  From another perspective, the UK spends around three times as much per person per year on its healthcare as Uganda’s entire per-capita gross domestic product.

Poorer countries simply don’t have the resources to fight the pandemic in the same way that richer countries do (as this recent CGD blog points out).  A recent report in Uganda (see this newspaper article citing this journal article) identified, a country of approximately 43 million people has 14 intensive care units with a total of 55 beds. 2 units are inoperable due to staff shortages. 55 beds. When the potential need will be for thousands.  And, were well-meaning aid agencies able to deliver equipment for hundreds of new beds, the reality is that Uganda would not have the staff to manage them. Robust health systems cannot simply be wished into existence from thin air – they take time to build at scale.

Some governments are gradually coming to the realisation that social distancing and (partial) lockdowns may need to be kept in place for months, if not years. If it is increasingly difficult to see how this can be maintained in wealthy countries without catastrophic economic and social damage, then how much more so in poor countries?

Which is why I find the current global lockdowns so puzzling – how can countries where large proportions of the population work and live in densely packed informal settlements and make a hand-to-mouth living as day labourers (or other informal economy jobs) maintain a lockdown over weeks and months? Or are poor world lockdowns simply a political response – based on the need to be seen to be doing something in the face of a challenge of overwhelming severity?

Let’s be clear. The binary ‘lives versus the economy’ dichotomy beloved by some more emotive commentators is a false one.  It’s false in the rich world, and doubly, triply so in the poor. Lives and the economy are inextricably intertwined, especially of the poor. That’s why there are riots in Nairobi’s Kibeira and there will be more, as poor people living hand-to-mouth existences in grey economies are cut off from their only source of income. I do not envy politicians in the poor world – their only choice is between bad and worse.

Two crucial systems need to be in place

However, the current crisis ends, as surely it will, I am convinced that our work at IRC and in the water and sanitation sector, will focus around two crucial lessons.

Firstly, that safe water and safely managed hygiene are key foundations of strong public health systems. When the only practical advice is to self-isolate and maintain good personal hygiene, the logical imperative of providing safe water and sanitation within people’s dwellings – however modest - becomes inescapable. How many people are going to contract this virus through crowding around busy communal water points, or sharing communal latrines?  How many because they lack soap or hand-sanitiser? In this context a WASH response is a health response. Put simply, for diseases with no vaccine and no palliative treatment, a health response is a WASH response. And where the WASH system is weak, the health response will also be weak.

Secondly, that personal, social and economic resilience – be it in the face of pandemics or climate change – is built on strong local and national systems. Systems that can measure in real time whether and how they are performing, take necessary remedial action and adapt. That’s true of COVID-19 where the only truly successful countries are those that had the infrastructure, capacity and reflexes to follow WHO’s advice and ‘test, test, test’.  It is also true of water and sanitation, where shockingly many facilities are not even functioning.

Every now and again the world has its nose rubbed, collectively, in the grotesque disparities in wealth and opportunity between its richest and poorest parts. This is one of those moments. The brutal reality is that, all other things being equal, more people will die of COVID-19 in poor countries than in rich ones. Probably many more. They will die, in conditions that many people in the rich world can’t imagine and would find squalid and demeaning. Yet these conditions are no different to the ones in which they live their daily lives.

We must learn now for the future

There is little that can be done about that now, other than to bear witness and alleviate as best we can. But going forward, after this is over, we must learn the lessons. The two that I mentioned earlier, but above all, that grotesque inequality and poverty lead to grotesque outcomes. As an individual, reducing this inequality is something I’m committed to trying to do. As an organisation, IRC is committed to improving access to water and sanitation. Not because they are more important than health, education, electricity, transport, agriculture or business – but because taken together these are the fundamentals on which personal dignity, societal well-being, economic growth and future prosperity are built.

The best reaction to COVID-19 is one that leads to the world doubling down on the Sustainable Development Goals: to end poverty of individuals and nations; to build strong systems that are resilient to all manner of shocks. This is why IRC exists and what we are committed to promoting. It is also eminently achievable. The trillions of dollars this crisis has cost could have been used to make it happen. It starts with the ability to believe that a better future is possible – and the commitment to make it so. If the lives that are going to be lost in the months and years to come through this entirely preventable pandemic are not to be wasted, it must be in renewed commitment to ensuring that when the next pandemic comes (and it will), we are ready for it.

A health response is a WASH response

Message from IRC CEO on pandemic

COVID-19 in Burkina: again the rural population is left behind