WASH in schools: learning from winners

Water, sanitation and hygiene in schools : a journey towards Swachh Odisha

Is Bollywood’s Pad Man movie too good to be true?

.@SRWatSan does this imply that the US will finally recognise the UN human #right2water? https://t.co/YqMVC2lKFZ

Checking the facts and assumptions about menstrual hygiene in developing countries. 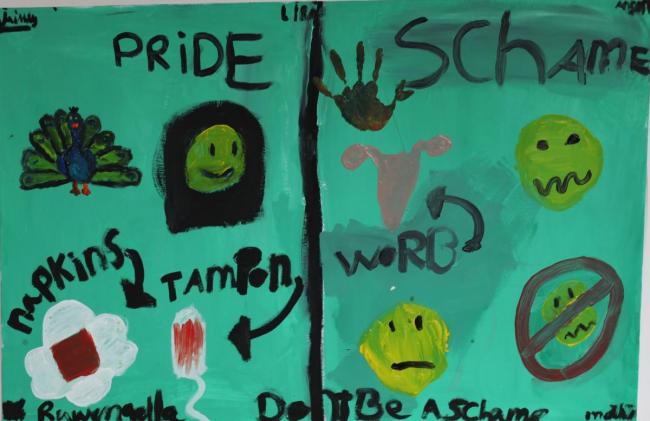 Today is International Women’s Day. Which approach to menstrual hygiene management fits best with this year’s theme urging everyone to #PressforProgress on gender parity? Is it pressing for access to affordable menstrual products or is there more to it?

A few weeks ago, I joined a group of my female colleagues and family to watch “Pad Man”, the Bollywood film inspired by the life of Arunachalam Muruganantham.  He is an acclaimed Indian social activist and entrepreneur who invented a low-cost sanitary pad-making machine. Muruganantham famously tested sanitary pads on himself, using a bladder with animal blood, while riding his bicycle. “Pad Man” is a feel good, uplifting movie. We left the cinema dancing to the tune of the Pad Man Song.

Too good to be true?

But then, a few days later an IRC colleague from India referred us to a blog that claimed to tell the “real story” about the man, who “shot to fame by selling shame”. The author, Sinu Joseph, is Managing Trustee of the Myrthi Speaks Trust, a Bengaluru-based social activist group working on issues including menstrual health and sanitation. Sinu had initially been involved in distributing Mr. Muruganantham’s sanitary pads until angry mothers complained that she was “trying to get rid of some cheap stuff by dumping it” on their daughters.

Sinu counters several of the “facts” mentioned in “Pad Man”, which are also regularly quoted in the media. The first is that Indian women use ash, sand and husks as menstrual absorbents and consequently suffer “from Reproductive Tract Infections for want of a Pad”.  Sinu has found no evidence of this, both from her own experience and the literature. In fact, she says there is no evidence linking the use of menstrual products such as cloth to any menstrual disorder.

Second is the widely quoted statistic that only 12% of Indian women use sanitary napkins. Wrong again, says Sinu: the National Family Health Study of 2015-16 found that the real number is 57.6% , 48.5% in rural, 77.5% in urban areas. Finally, there is no evidence that girls in India drop out of school owing to menstruation and the lack of sanitary napkins. Similar findings emerged from a 2010 study in Nepal, which at the time was not welcomed by the pro-sanitary napkin development lobby.

The evidence Sinu refers to, comes from a review of 90 papers, which Myrthi Speaks conducted in 2016. The review not only dispels the “facts” mentioned above but also challenges the assumption that developing countries have a greater prevalence of menstrual disorders than in the West. In fact, the review found that the opposite is true. In developed nations, a higher percentage of adult women and adolescents suffer from heavy bleeding and painful or irregular periods than in developing countries.

So why has the real-life Pad Man attracted so much uncritical support? Is it because this unlikely hero, an uneducated man, took it upon himself to elevate Indian women from their shameful state? Indeed, most of the women in the Pad Man movie are portrayed as ignorant, led by superstition. In Sinu’s words, “shame has been sold to us in a nice package with celebrity endorsements”.

Sinu has been criticised for promoting the traditional practice of seclusion, which she says provides women who are part of joint families “privacy and comfort during menstruation”. A 2015 blog by Eco Femme, an Indian social enterprise producing washable sanitary pads, said that Sinu neglects those women who experience being excluded as degrading. Harrowing stories about the illegal Nepali practice of Chhaupadi, where girls are forced to spend their periods in cattle sheds, come to mind. The Pad Man film similarly condemns the segregation of women during menstruation.

Interestingly, Arunachalam Muruganantham, Sinu Joseph, Eco Femme, along with many development agencies all claim that they understand women’s needs. Whose view do you support? Or have they all got it wrong? Have a happy International Women’s Day!

On 16 March 2018 a TEDxKLETech talk by Sinu Joseph on the "Super science behind Menstrual practices" carried the following warning by TEDx "This talk contains several assertions about Ayurveda that are not supported by studies in gynecological medicine. While some viewers might find advice provided in this talk to be helpful as a complementary approach, please do not look to this talk for medical advice".

WASH in schools: learning from winners

Water, sanitation and hygiene in schools : a journey towards Swachh Odisha