Training a women's self-help group in rural India to realise their dream of a clean village. 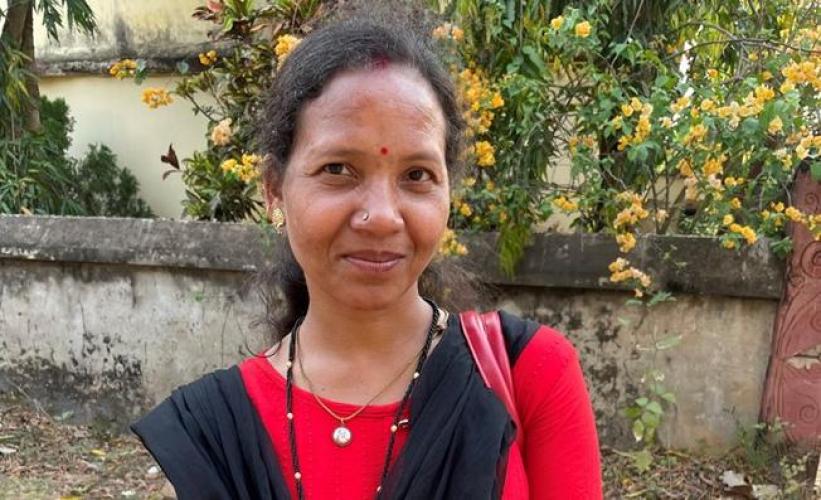 Kadambari Das starts her day at 5 a.m. every day. She wakes up, fetches water from the handpump near her house, cooks, gets her two children ready for school, sends them off, and then finally gets ready herself to reach the Gram Panchayat (rural local government) Office by 10 a.m. Kadambari is a Community Resource Person (CRP) of Ma Tulsi Self-help Group (SHG), which operates out of the Agastinuagaon Gram Panchayat of Ganjam district in Odisha of which she is a resident. As a CRP her roles are: loan management, community mobilising and sharing information on the government schemes and programmes.

On 28th March 2022, however, Kadambari got up an hour earlier as she had to cook meals for one and a half days. After finishing her chores, instead of the Panchayat Office, she is headed for Gopalpur. At the Hill View Resort in Gopalpur, Kadambari joined 20 other SHG women from the Gram Panchayats of Agastinuagaon, Arjyapalli and Kanamana of Ganjam district, for the two-day residential Leadership camp for SHG women on water, sanitation, and hygiene (WASH).

The objectives of the camp were twofold. First, to build leadership capacity of the SHG members to be able to participate in and raise their challenges and concerns related to the  government programme and scheme entitlements in the appropriate decision-making platforms. Second, to build capacities of the SHG members to become WASH champions, playing a key role in planning, implementation and monitoring of WASH services in the community, which are accessible to everyone. 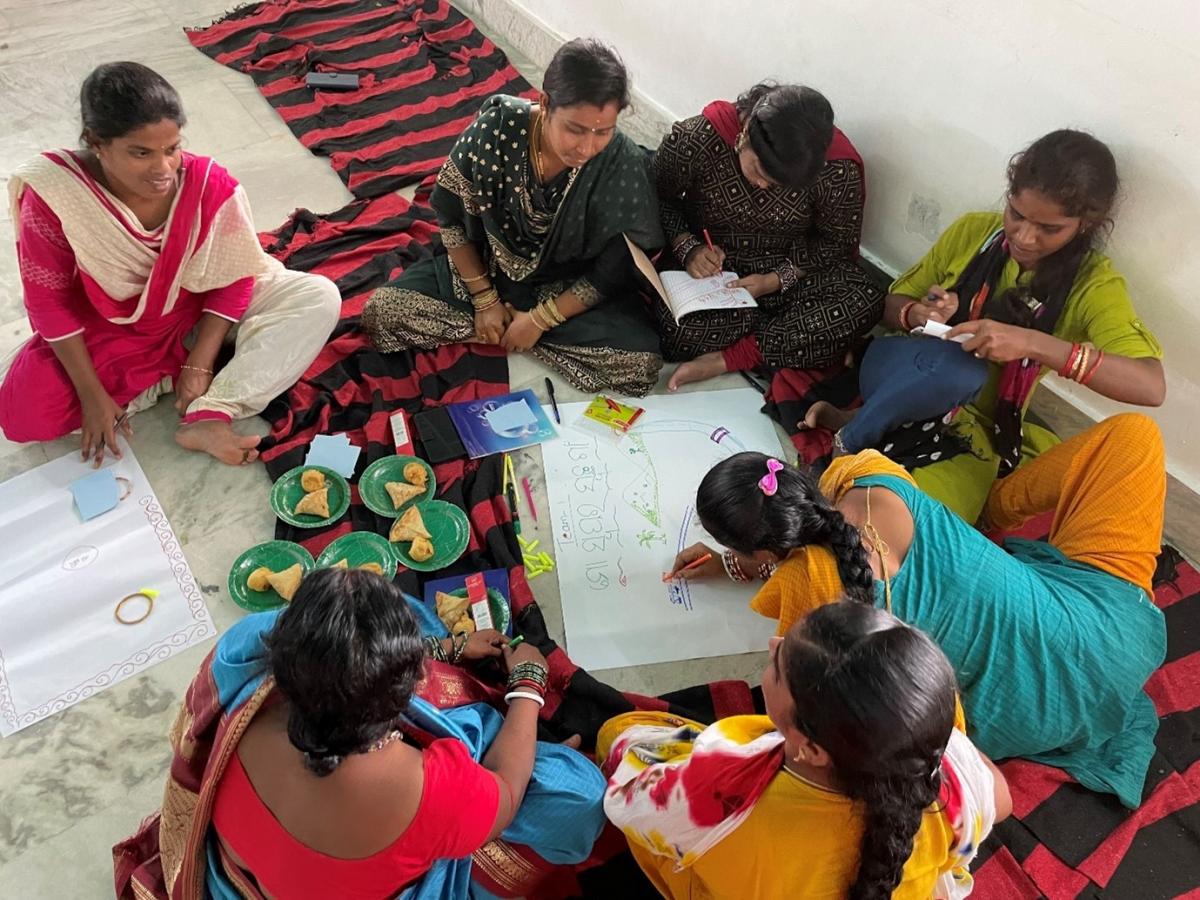 Over the course of the two days, the camp participants received training on WASH and leadership. The WASH training entailed reiteration of the importance of safe water, sanitation, and hygiene, as discussed in earlier workshops. Participants were asked to use their knowledge to create a vision of a clean village. They were then asked to identify the stakeholders that they would engage with to realise the dream. This was followed by defining the roles of the stakeholders and ways to engage with them, including conflict management. The workshop concluded with the participants preparing action plans towards realisation of the dream village.

Kadambari identified the concerns that she would like to raise in the next Gram Sabha, a constitutional village-level forum where governance and development issues are discussed and needs-based plans are developed. Although she has attended Gram Sabhas in the past, now she plans to attend them as an active participant - contribute to the proceedings and influence decision making. The training has helped her, in her words, understand the importance of access to safe water, sanitation, and hygiene in the village, and the need to push for the inclusion of WASH in the Gram Sabha plans, which influence the Gram Panchayat plans. She admits that she will need the support of others in doing so. Therefore, in her next SHG meeting she plans to table her WASH agenda and gather support for it. 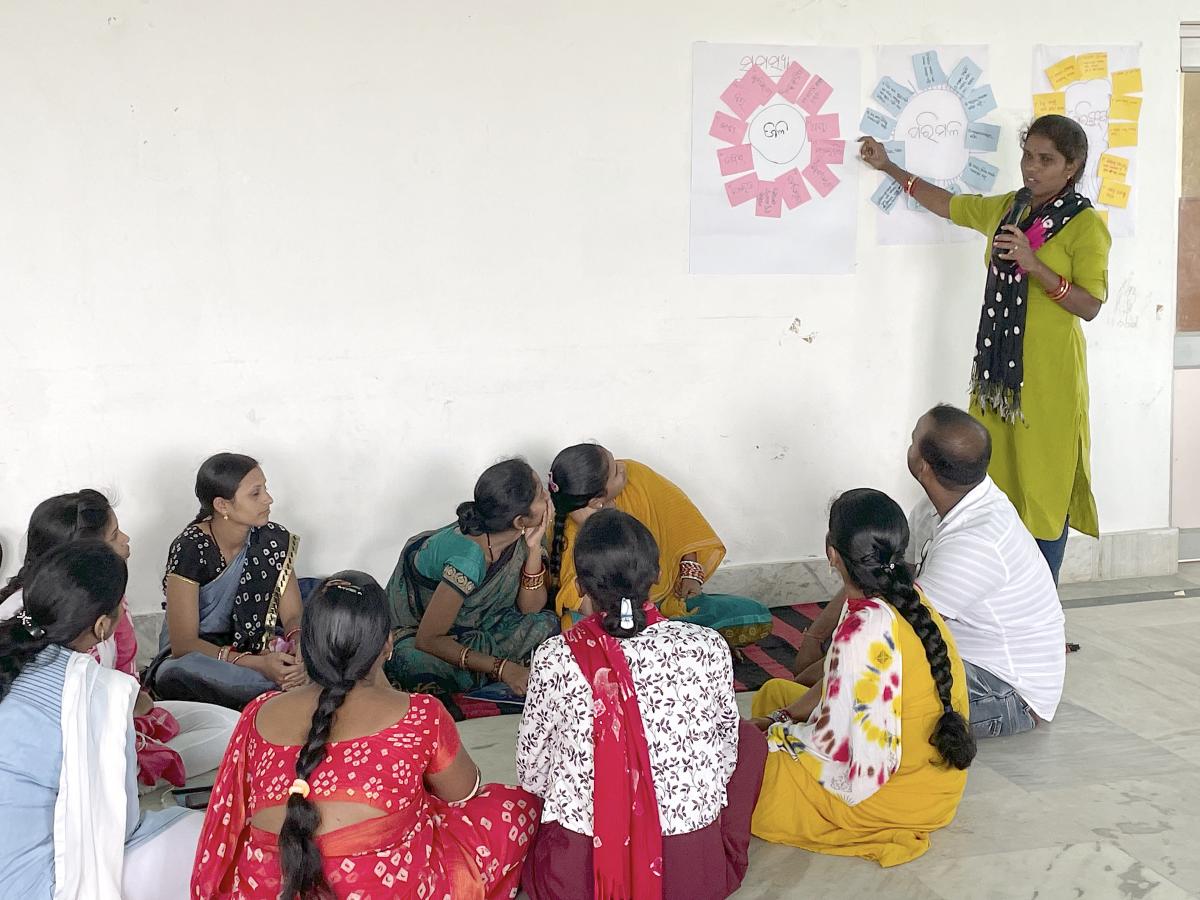 The leadership camp was organised as part of the Pragati (She Makes Change + Waterloo) project being implemented by the Centre for Youth and Social Development (CYSD). This write up is based on the camp report written by CYSD. This blog was copy-edited by Tettje van Daalen.