IRC is starting the second phase of the Clean Hands-Good Health campaign in the Central Plateau region of Burkina Faso with the support of UNICEF.

After a successful campaign in the central region and in the capital, Ouagadougou, the “Clean Hands-Good Health” (Main Propres-Bonnes Santé) campaign led by IRC is starting its second phase in the Central Plateau region with the support of UNICEF. A launch ceremony was held on Saturday 14 August 2021 at the main market square of Mogtedo under the chairmanship of Goodwill Ambassador Salif Sanfo and in the presence of representatives of IRC, the mayor of the host municipality as well as several traditional, religious and civic leaders.

While the Covid-19 pandemic is raging for the second year in a row, and infectious diseases linked to dirty hands are commonplace during this winter period which is characterised by field work, so handwashing is now more important than ever for the population. That is why IRC, with the support of UNICEF, has chosen this particular period to start the second phase of its "Clean Hands-Good Health" campaign, for the benefit of the populations of four rural communes in the Central Plateau region, namely Mogtedo, Boudry, Absouya and Ourogou-Manega. The aim is to conduct an awareness campaign on the importance of handwashing in the fight against infectious diseases such as Covid-19. To achieve this objective, the project plans to carry out awareness-raising activities through local media, local leaders and municipalities. 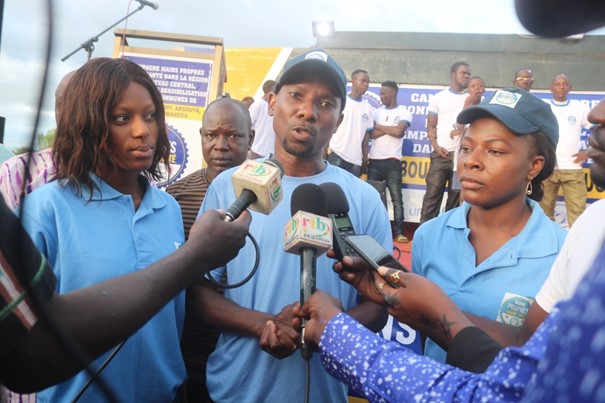 According to Salif Sanfo, Goodwill Ambassador for Water, Hygiene and Sanitation and expert mandated by IRC to conduct the mission, "this time a rural environment was chosen because the issue of health is not only relevant in large cities. And also because the Central Plateau region will soon host the rotating commemoration of December 11, 2021. It will be a challenge to ensure that by December, handwashing is systematised at regional level and that the entire population is mobilised around WASH issues to safeguard their health and that of others.”

An official ceremony was held for the launch of these activities on Saturday 14 August 2021, marked by a popular cross-country race and a zumba aerobics session. Traditional and religious authorities (Muslim, Sunni, Christian, Catholic and Protestant), civic leaders, the representative of the mayor of Mogtedo, youth and women's representatives, and beneficiaries were all present to mark the start of the campaign. 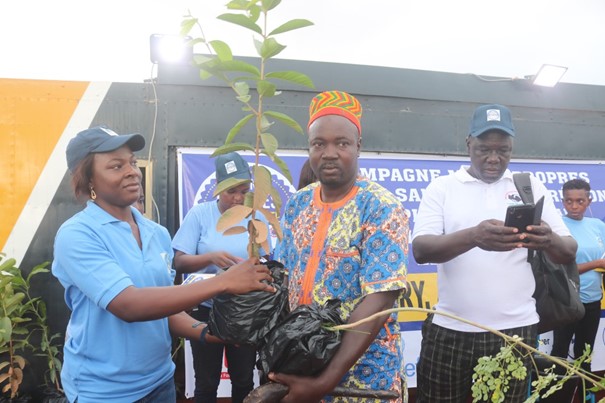 In addition to the speeches and the cultural and humorous performances, the launching ceremony was also the perfect opportunity to donate a hundred fruit trees to the authorities present. After the distribution of the trees, each recipient was invited to practice the simple and effective gesture that saves lives by preventing the spread of disease: handwashing.

This action is a simple example to emphasise the importance of handwashing, because after planting a tree, your hands are dirty and you need to wash them. It will also allow us to continue raising awareness in households, churches, mosques and associations. The fact that we have invited all these people is not a coincidence. We want them to spread the message in their communities.  Clean Hands-Good Health posters were distributed and will be displayed in busy places in the commune to increase awareness. We will also spread the word through the media, notably the National Television of Burkina (TNB), Radiodiffusion Television of Burkina (RTB) and Radio Bassy. 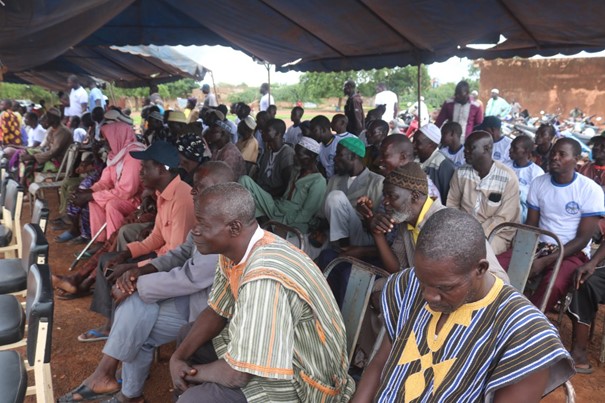 At the end of the ceremony, the authorities expressed their thanks and said they felt honoured to have been associated with this activity. The mayor's representative was proud and grateful that Mogtedo was chosen to host this event.

Mr. Sanfo, after expressing his pride in having been chosen by IRC to continue this campaign, thanked UNICEF for believing in the relevance of this second phase, and remained convinced that, like the first, it would meet if not exceed its objectives.