A year ago today, on the 22nd of May 2016, we lost our dear friend and colleague Ton Schouten.

Now, a year after his untimely death, his memory is still very much with us and his loss still keenly felt. At the same time we continue to move forward with the work to which he was so passionately committed. 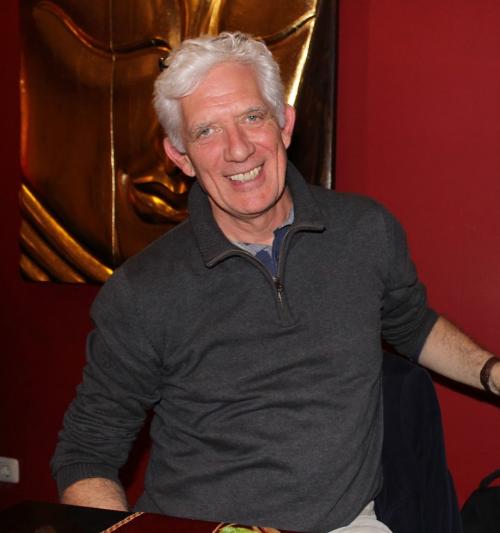 At the time of his memorial service in November 2016 we announced our intention to create an annual prize to commemorate his work. As those who knew him are aware, Ton was above all a gifted communicator. Whether through films and documentaries, photographs, writing or simply talking, Ton loved telling stories; about his work, about the people he met, about the challenges he and others faced. Almost as much as this, Ton loved working with, mentoring and coaching young professionals which he did with tireless enthusiasm.

Drawing on these twin passions IRC will, on the 2nd of June, his birthday, announce the first recipient of the Ton Schouten memorial Award for WASH Storytelling. This annual award will recognise a promising young communicator telling compelling stories about some aspect of Water, Sanitation and Hygiene (WASH) and their effect on people. As well as providing them with a small cash award, it will provide a year of mentoring by IRC communications staff and the opportunity to publish their work through IRC and its partners' channels.

By creating this prize, we hope to create a fitting memorial to Ton – one that carries on the work to which he dedicated so much of his professional life.