The why and how of forming a learning alliance: A case of the Rwenzori WASH alliance in Uganda

From its onset, the Triple-S project worked on the understanding that sustainability of rural water services cannot be achieved through a single entity but rather through strategic partnerships that work to address concerns of the entire sector. One of the methods through which the project would achieve its objectives was the formation of learning alliances at national and district level. With a few steps taken in that direction yet, Triple-S can learn much from already existing alliances in the Ugandan WASH sector. 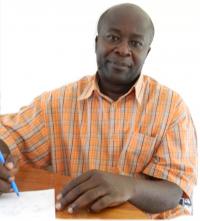 In 2010, four organisations came together and formed the Rwenzori WASH alliance (RWA) which covers seven districts. The alliance has since been at the fore of organising two regional learning forums in partnership with district local governments, IRC/Triple-S and other actors. It also continues to undertake specific interventions in selected sub-counties and parishes in the region. Lydia Mirembe, Communication and Advocacy Officer IRC/Triple-S had a conversation with one of the founding members, Mr Baguma Patrick on the formation of the alliance. Below are excerpts from the interview.

Question: What inspired the formation of the Rwenzori WASH Alliance?

We were duplicating services, yet we had the same donors. We needed to work together and develop approaches that would get us out of this duplication. Through this we would identify unique ideas and practices so as to scale them up. The other inspiration was the current donor environment. In their respective countries, donors were facing challenges and therefore coming together to look for resources and solve problems jointly.  So why not us in Africa to take on the same approach to solve issues together? Why not get into an alliance to begin looking for resources together in terms of human resources, technical know-how and finances. The other major reason: we were seeing things at national level taking root. There was talk about issues like advocacy and learning. Where was Rwenzori region? We were not featuring. We were not visible. Our visibility was totally dead. Where was our influence? So we got into an alliance to influence issues at our own level – issues of learning, advocacy, district coordination, promotion of technology.

Question: Where is the alliance now?

The alliance is in place with four organisations. We have drafted the Memorandum Of Understanding which is open and allows other actors who are not looking for money but want to go with our vision, mission, strategy and approach. We have influenced a number of issues for example the Yehora Yehoza (YY) approach, the ECOSAN  approach, Integrated Water Resources Management, formation of water user associations, tendering at sub county level.  We have identified technologies in which we need capacity building. We have also started gaining recognition by local government. We have influenced the formation of the national WASH alliance and we see the northern region also buying into our idea. We have started joint resource mobilisation. We have initial funding from the Dutch WASH Alliance for three years. We are seeing ourselves with joint planning and joint reporting.  Our respective board members have adopted the idea and the staff no longer see it as competition as it was in the beginning. The alliance is hosted by HEWASA while JESE is the chair. We have bought a car to ease transport and we are hoping to buy another one soon. The initial struggles are solved – when you go as one voice the donor listens.

Question: And in which direction is the Alliance headed?

We want to enhance learning coupled with knowledge management. Currently, we are relying on Triple-S and NETWAS in this area, but we are trying to see how we can build the capacities within our organisations so that we don’t burden them. We should engage them only 40 or 30 percent and do the rest on our own. We want to see our views trickling down to lower levels. While strategic and policy issues are addressed at national and district level, the actual implementation is a sub-county and parish level. We want to see learning getting down to sub-county level. We also want to enhance resource mobilisation: how do we get into a programmatic approach to water and sanitation issues? We are seriously thinking about our own sustainability, and not only in terms of financing. But how do we see the association functioning so that in seven years you come back and still find it alive.

Question: What does it take for an organisation to join the alliance?

One of the standards is reputation. How reputable are you within the district where you were operating?  What are your human resource practices? What are the human resource guidelines within your organisation? How is your organisational governance? What is the reputation of your board itself? What kind of people do you have on your board? What is your actual track record and what is your future? How long do you want to stay in WASH service? The criteria document is being drawn but those are some of the key aspects we are considering.

Question: How is the alliance safeguarding against the differences that might arise from differences in organisational background and mandate?

We have agreed that we are all equal. We went ahead to identify the areas of delivery within the alliance. For example SNV in charge of learning and advocacy; JESE and HEWASA are facilitators. We have defined our specific roles and what each is supposed to be doing.

Question: How does the alliance fit within the other coordination structures like UWASNET at national level and HEWASA at regional level?

Question: Since October 2010, the alliance has not had any major event, how do you keep the fire burning?

The learning events are far in between but the fire is kept through the quarterly coordination meetings organised by the district. It is during these coordination meetings that we try to identify issues that we can take as an alliance. Then in our alliance meetings we address these issues. The good thing is that we have got support from Triple-S, which ensures that these meetings happen regularly. We have also got a coordinator for the alliance and she has been getting a lot of support from Triple-S and SNV

Question: What have been the major challenges since the alliance started in 2010?

One of the major challenges is driving the alliance issues against our own individual organization programmes – it requires a lot of time. The other one is about staff understanding the concept. Some of them thought they would get lost in the alliance. But we have tried to sensitize them especially through meetings. Also, how is the outside world looking at us? They think we have a lot of money. Hence they refuse to give us required support and we should find ways of addressing this.

Question: What important lesson can we learn about the process of forming an alliance like yours?

It should be a process of dialoguing, sensitising each other, and defining the kind of alliance that you want. Do you want a constitutional one with dos and don’ts? Do you want a loose association with an MOU which defines your roles and focus without competing with other networks? You also need to do an analysis of whom you are trying to engage with.