The race has not ended

Passing on the baton. IRC takes the legacy of Ton Schouten forward.

The baton seems to have many origins. The Greek passed it on as what later became the Olympic flame and used it at ceremonies and rituals. In other parts of the world, the stick was used to pass on messages. It was only until 1893 that the baton was used for races – relays. First the runners passed on flags – later on they started using a hollow cylinder of wood or plastic. Also the rules have changes over time in relay races.

The use of the baton and its looks and shape have changed as well – and history seems to be okay with that.

On 22 May 2016 – IRC's Ton Schouten passed away. Ton had worked with IRC for more than 17 years. Ton was a core member of the team and key to the transformation of the organisation that IRC is today.

Six months have passed since. To mark this, IRC organised a small and intimate event on Wednesday 23 November 2016. In the presence of his family, friends and colleagues – we remembered Ton, looked back at his professional life, and the things he passionately built and cared about. We planted a tree next to the IRC office in his memory. And we shared how we as IRC individuals and as an institution plan to run on with the baton that he has passed on to us, his colleagues.

IRC's Stef Smits took us back to the 'the Seventh video' – a story told by Ton about the key problem that IRC seeks to address: communities who have often worked very hard to get access to a water supply sustem, but struggle to operate and maintain that water supply. Ton was able to explain the strengths and weaknesses of community management, an issue that has been the subject of many publications, papers, policy notes and UN documents. But none captured the issues as vividly as this video. The stories in the video are so clear that even Stef's aunt can relate to them, and understand that these are issues that need to be worked on.

Ton was the one who inspired (pushed) Stef into blogging, as a way to make our work more human, tangible and understandable to a broader audience. Stef's blogs share the stories of the people: the technicians, the officials, the engineers, the policy makers – those people that are supposed to support the communities in managing their water supplies. And Ton's push made blogging become second nature to Stef now.

Vida Duti (IRC Country Director Ghana) and Jane Nabunnya (IRC Country Director Uganda) shared their memories of Ton in a video. Of how he played his role in coaching and mentoring them. How he supported them in their role as change agents in their countries, by taking a back seat. His respect for the role of government. His sense of responsibility and maintaining relationships. His love for documenting. Evidence. Good monitoring and good indicators.

IRC's Petra Brussee – who has worked with Ton for 13 years – shared an insight of what a normal 'lucky day' at the office – whether in The Hague or in Addis Ababa - can look like, having Ton as a colleague.

Running with the baton

As Jane Nabunnya put it in her story about Ton. 'He has run a good race. But it doesn't mean that the race has ended. We have to continue with that race. It is a marathon that is not ending'.

It is up to each one of us to pick up the baton and run with it. Run with Ton's love of documentation. Run and build upon what he has achieved in terms of monitoring.

Stef shared his ambition to work on an Eighth Video: a video that would serve as the happy end to the Seventh video – one that shares the solutions to the issues addressed in the Seventh video. A video that explains the package of solutions on how local government can support all those water committees that are struggling.

Jane shared how she will use Ton's style of grooming and mentoring – and taking a backseat – as a way for her team members to shine – and to be who they are and enjoy their work.

Vida shared how she is already taking Ton's love for documenting forward in her work in Ghana.

Patrick concluded the event with the announcement of introducing the 'Ton Schouten award' – an award to institutionalise his legacy – and take forward his love for sharing stories – an award to encourage documentation and the sharing of stories, stories that show the people behind the challenge, stories of solutions, stories that enable us as a sector to present the importance and urgency of our work to a broader audience – stories that will help to bring us closer to our mission of universal access – water and sanitation for all.

Just like the baton – shape and form of the award may change over time. But what we do know is that we will be handing it out on an annual basis on 2 June - Ton's birthday. 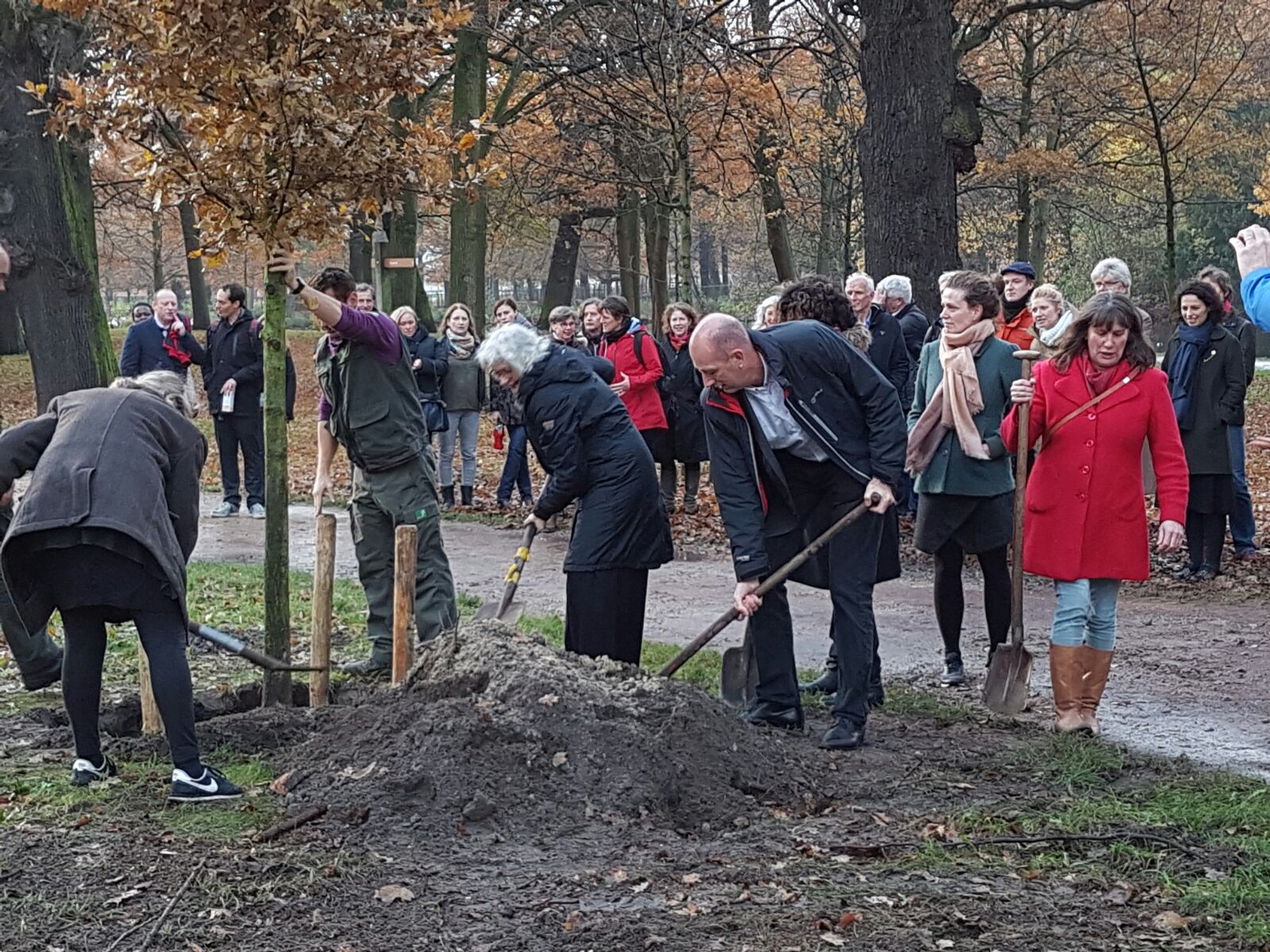