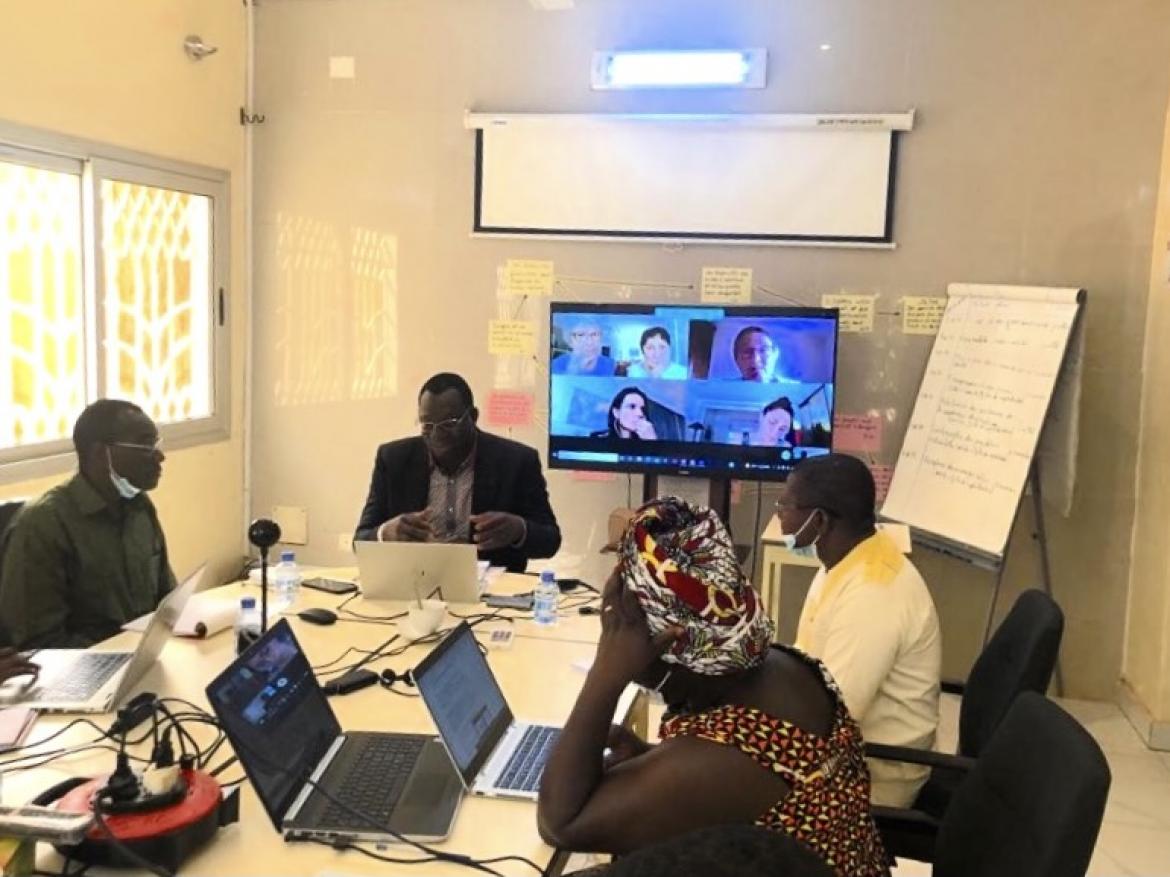 Banfora district, with the support of IRC, is calling on its decentralised cooperation partners to help in mobilising the funding gap necessary for the implementation of the five-year action plan 2021-2025 of its WASH master plan. A videoconference was dedicated to this action on 07 July 2021, under the chair of Aboubakar Hema, mayor of the commune of Banfora.

Since 2017, after supporting the commune of Banfora in the development of its strategic plan for WASH, IRC has continued to support and accompany the mobilisation of partners and funds to achieve the communal vision for access to at least basic WASH services for the population. Indeed, the basic reference for the next 5 years, which is the five-year action plan 2021-2025 requires an amount of just over 11 billion CFA francs for its implementation. 80.37% or CFAF 9,337,351,670 of the funding has already been mobilised based on the programmes of partners such as ONEA, IRC, CRS, Oxfam, OCADES, ECG, etc.

In the dynamics of closing the finance gap, the Banfora town council thought of calling on its partners in decentralized cooperation, namely the French towns of Bonnes, Mauprévoir, Pessac, Chauvigny and Trino in Italy, some of which have been collaborating with the Banfora town council for years by supporting its projects in the areas of WASH, education, solid waste management, etc. They are therefore an opportunity that the mayor did not overlook by bringing them together during a videoconference organised for this purpose. 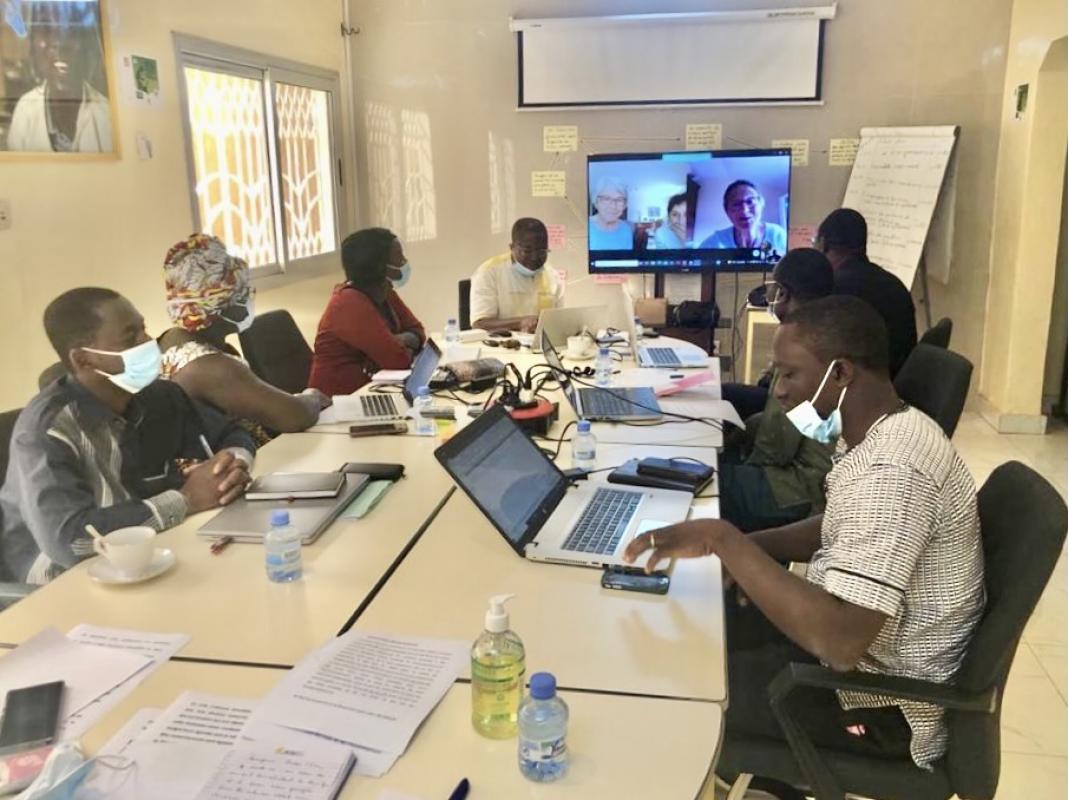 Led mainly by the mayor who was supported by his technical team and IRC experts, this virtual meeting aimed to attract foreign investment to the WASH sector in Banfora. In advance, the mayor's office was also able to benefit from the support of the Programme Solidarité-Eau (pS-Eau) in Burkina Faso, which provided on-site support to the relevant partners. The event was attended by Banfora's local authorities and representatives of IRC, the Chauvigny/Banfora twinning committee, the Pessac/Banfora twinning committee, the Solidarity-Water Programme (pS-Eau), So Coopération and the Cascades Regional Water and Sanitation Directorate. The ambition of the organisers was to share the 2021-2025 water and sanitation action plan with the partners, with a view to examining funding possibilities.

In a convivial discussion, the mayor and his staff affirmed the need to work to improve the levels of WASH services for the population through the identification and funding of new projects.

Addressing his partners on the other side of the screen, Mr. Aboubakar Hema said: "It is true that with the support of IRC we have been able to mobilise some funding, but we still need your support to realise our commitment to the people. You have supported us several times in the implementation of some projects, and we know we can count on you.

The partners who took part in this video conference showed great interest in the WASH action plan of the commune while praising the leadership of the communal authority, thanks to which very good results are already visible in the sector. Thus, they expressed their willingness to support the commune as was the case in the past. However, according to Monique Garnier, from the Chauvigny twinning committee, "it would be better if the projects to be developed were based on mutual interest, because it is easier to get started when there is something to gain."

A working group will be set up to put together a coherent set of WASH project ideas that will be developed with technical support from IRC and submitted to partners and potential partners to raise their interest. It could be envisaged to work with French schools already in partnership with some schools in Banfora through the sensitization of students on hygiene and sanitation or the adaptation of facilities for people with reduced mobility.

At the end of the meeting, the participating partners were very enthusiastic and are only waiting to receive the projects to analyse them. Perrine Bouteloup specified that "the pS-eau is available to support the mobilisation of funds, but it will be necessary to anticipate the safety issues that arise each time. The municipality will therefore take care to study this aspect with particular attention so that it does not slow down the momentum of potential partners.

The honourable deputy-mayor of the commune of Banfora, Mr. HEMA, once again thanked IRC for this continuous support. "At the beginning, when we developed our strategic plan, we wondered how we would manage to mobilise all these funds. We were even afraid because we thought we would not be able to do it. But with the continuous coaching and support of IRC we can mobilise partners like Oxfam, pS-Eau and many others. If this kind of support was available in all sectors, our commune would be far advanced in all areas.