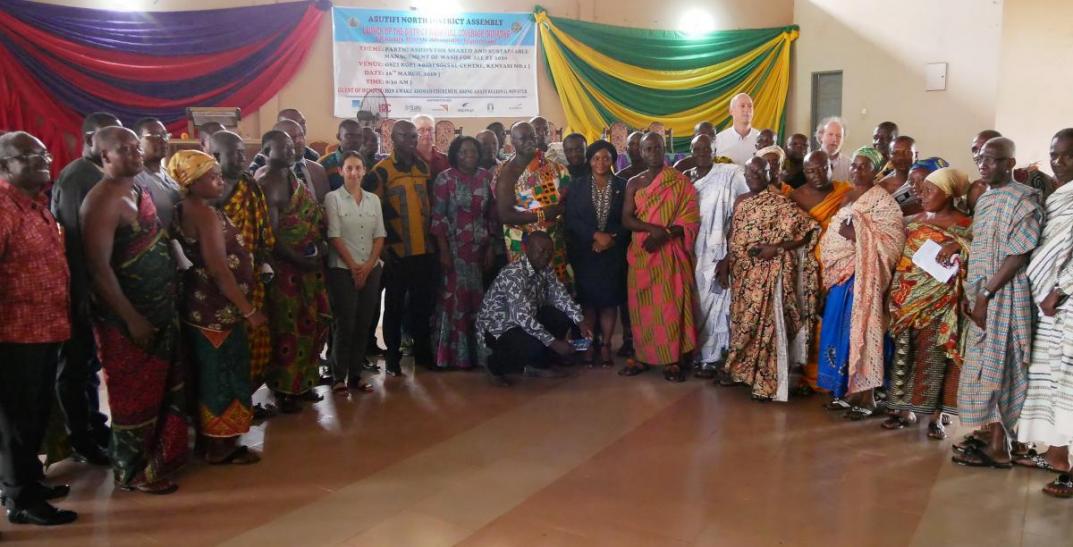 It began with dancing and drumming and ended with more dancing, cheering and a rousing send-off. In between came straight talking and a frank admission of the tough challenges ahead. After a year of planning, this was the launch of Asutifi North Ahonidie Mpontuo (ANAM) –a unique partnership to achieve WASH for everyone in the district by 2030.

It is different because it will forge a creative partnership between the district, providers, supporting NGOs and the communities to bring services to tens of thousands of people who have unsafe water and often no sanitation.

The ambition is not only to achieve Target 6 of the Sustainable Developement Goals (SDGs) by 2030 but to act as a beacon across Ghana and maybe even across Africa.

Launching the project the Brong Ahafo Regional Minister, Kwaku Asomah-Cheremeh, reminded his audience that the UN Secretary-General had appointed the president of Ghana, Nana Addo Danquah Akufo-Addo, as co-chair of the SDGs Advocates Group and there was an obligation on the part of Ghana to demonstrate leadership. 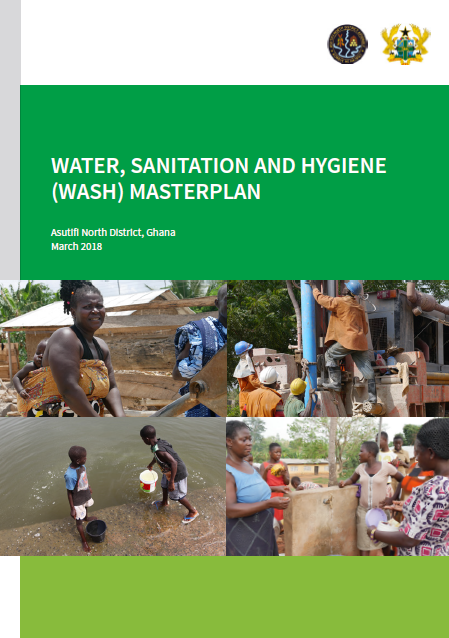 He described the launch of ANAM as a historic event “consistent with our president’s vision of localising the implementation of the SDGs in-country”.

He pointed out that in Asutifi North only 55% of the population has access to potable water and only 16% can access basic sanitation. It was refreshing to see the district demonstrating collective resolve to tackling these challenges, but he reminded his audience that “we’ve had a long history of preparing development plans at the national and local government levels, most of which we have not implemented in a consistent and coherent manner”. This time it would have to be different.

“I hereby entreat the District Assembly to take leadership in identifying innovative ways of funding the full life-cycle of WASH activities. At the community level, we need to adopt positive attitudes to hygiene and sanitation, and above all, commit to paying user fees for WASH facilities in other to take care of operations and minor maintenance costs.”

He commended the project partners and the district. “This is an enormous responsibility, and we can’t afford to fail. You can count on my personal support for the initiative.”

The Asutifi North District Chief Executive, Hon. Anthony Mensah, said that providing access to 84,000 people by 2030 would not be easy but he pledged his personal support and that of his staff.

“As a district, we reckon that the task ahead is enormous. It will be tough. It will be challenging. It will sometimes involve sleepless nights. We are also aware that, if the task was that simple, it would have been accomplished already.”

It was a year since they had met with partners to start planning this process and now they had developed a district master plan.  He pledged that the district would engage with chiefs and opinion leaders in the communities, strengthen their own decentralised structure through training and capacity building and continue to prioritise WASH in district budgets.

“I will also demand hard work from the management and staff of the various departments which have responsibilities for WASH delivery.” 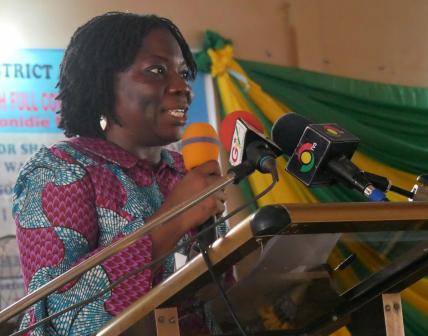 Vida Duti, Country Director of IRC Ghana said that Asutifi North had been selected out of more than 200 districts because they had shown interest and commitment in addressing WASH challenges. Now the partners would work together with the district to go on a journey to bring safe water to everyone in the district by 2030.

James A. Ataera, senior planning officer for Asutifi North, introduced highlights of the WASH Master plan which addresses the situation not only where many people are without safe water and basic sanitation but only a third of schools in the district have water facilities and most of those lack arrangements for handwashing.

In fact the project, strongly supported by the Conrad N. Hilton Foundation, will be replicated in some form across five other countries of sub-Saharan Africa, (Burkina-Faso, Ethiopia, Uganda, Mali and Niger), each focusing on strengthening a district-type layer of government to comprehensively address WASH with partners working as a team.

Souleymane Koné, Mayor of Banfora in Burkina Faso pledged that a similar plan would be adopted by Banfora commune in his country.

The speeches concluded with one of the most senior traditional leaders in the Region, the Saamanhene of Kenyasi No.1 area, speaking directly to his fellow Ghanaians: “It is you and I Asutifi who need to change our attitude to make this initiative a success.” 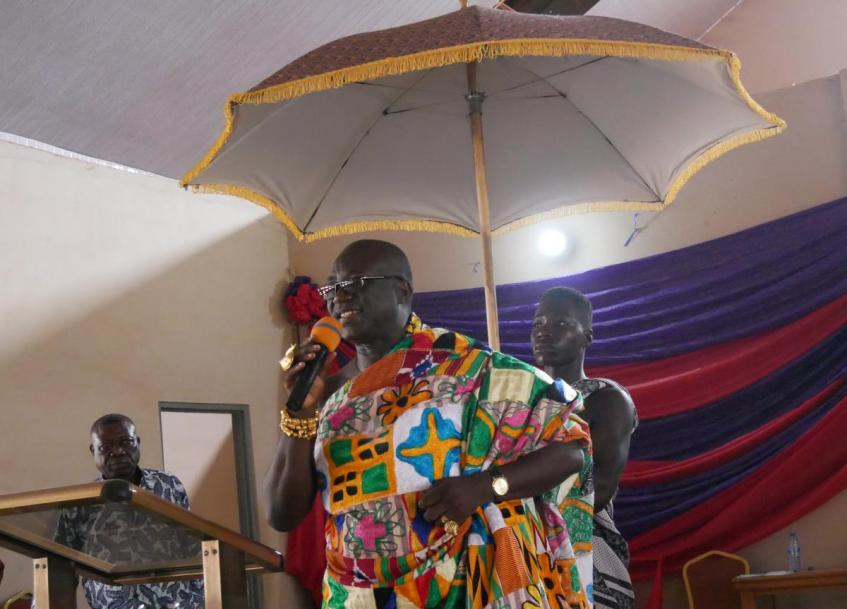