Pure water has become a powerful selling point for communities in the Wassa East district of Ghana, proving that people will indeed pay for water if they can be sure it is safe.

Four years ago (2016), a little over half of the population of Wassa East (56%) in the Western Region had access to safe water, a situation the Wassa East Chief Executive, Hon. Wilson Arthur, described as “scary”.

Today the figure is over 75% and the district is aiming for 90% coverage by the end of 2020. Between 2016 and 2019, the District Assembly provided 25 new boreholes from its own resources and donor funds. The remainder of the increase has been generated through a link with a social enterprise.

NUMA water has become known as a mark of quality for communities that accept a ‘pay as you fetch’ system. It is delivered by Access Development, a Ghana-based company established by the international NGO Water4. At the heart of the NUMA system in each major community, known as a Nexus station, a solar panel pumps water at 40psi into a filtration system, where it passes first through a 25 micron filter and then through a 5 micron filter, then through a UV steriliser and then through a chlorinator. The water then passes through a pre-pay meter and the amount that has been paid for passes into a polytank from where it can be drawn down to the taps. From here water is pumped up to half a kilometre to outlying satellite sub-stations, known as Nodes, and then to household water points or to health centres to tap points known as the Now.

Sylvester Adjapong, director of impact and quality for Access Development, says that one of the benefits is that those who come to collect water see the purification process in action and it gives them confidence that the water is pure. For smaller communities Access Development is also trialling a chlorination system that will work with a handpump.

At the Nexus system in Sekeyere Aboaboso, the vendor Hannah Breabi buys water in bulk at 16 pesewas for 18 litres (the standard bucket) and sells at 20 pesewas, keeping 4 pesewas commission on each litre. In the dry season the whole population depend on this water and she can earn 30 GHS a day. However, in the rainy season sales fall off as people return to traditional sources.

Vendors need to be dedicated and honest, she says. “I am very smart so no one has stolen from me. I don’t sell on credit. You pay as you fetch.” For Abena Ahimaa, mother of an 11-year-old daughter in this community, NUMA water has replaced the need to walk long distances to carry water home and it has cut her costs. In the past she paid 20 pesewas for a plastic sachet containing just half a litre of drinking water. Now she pays the same sum for 18 litres of pure water for her family – and the plastic sachets no longer litter the ground. One day she hopes for a household connection.
The CHPS (Community Health and Planning Services) health centre in Sekeyere Aboaboso has its own piped connection to a tap stand with a pre-paid meter. Nurse in charge, Dorcas Appiah, is delighted they no longer have to send patients away to fetch water, especially mothers who are giving birth or children with high temperatures. “Now that we have this water, it is easy for us to give medication to the clients. It is very important to us.”
At Wassa Edwenase, another village with NUMA water (estimated population 2,346), Rose Quaicooe has a household connection with a prepaid meter and tap just outside her door. Her family buys water using mobile money and receives a code to key in for the tap to deliver water.  A 20 GHS consignment (about US$ 3.50) lasts her household two to three weeks. “Since we connected our home we do not buy water from vendors,” she says. “This is the only water we use now.”

Nana Yaa Agoh II, Queen Mother at Wassa Edwenase, says that having pure water has reduced child sickness and improved school attendance. “It has reduced the long distance our children had to walk for water and this is comforting."

However, she says that few families can afford household connections. “It is our desire that all households get connected to the NUMA water in their homes. We would appeal to Access Development, Government or NGOs to assist the poor to connect NUMA at their homes.”

The Water4 Country Director, Ing. Yidana Mahami agrees that household connections are the way forward. They want to achieve 200 individual connections by the end of December 2020, made up of 100 households, 20 health clinics and 80 schools. However, this is still a small proportion of the district population of just over 105,000.

Although it is a limited liability company, Access Development operates as a social enterprise. ‘Sustainability’ in this context means covering running costs and maintenance, but not the capital equipment or the salaries of the core central staff. It does include the 20% commission payments for more than 100 vendors who look after 157 managed water points. Access Development also dispenses 5% of its takings back to communities for social projects and aims in future to give 10% of net profits to the District Assembly. 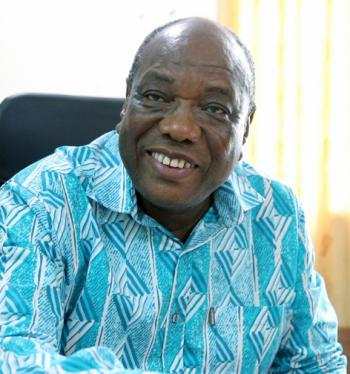 Ing. Mahami is ambitious for the future.  “Our aim will be to make sure that nine people out of ten are able to consume NUMA water as much as possible. And that will not just be for drinking – we have to encourage them to use it for other purposes – like washing and many other uses of water. We are trying to make whatever we are doing sustainable and to make Access Development an independent company working with very little support from donors.”

To underline its long-term commitment, Access Development is looking for a 20 year concession from the District Assembly with an option for a further 20 years after that and is increasing its marketing strategy to increase household connections.

Ing. Mahami says: “We do not intend to leave the district as long as our vocation is in place. We will continue to keep this flowing to be sure that those infrastructures do not break down. We intend that everything we are putting in place will be kept by us, and that is why we employ people who take care of them. We hope that we should be here for ever and ever so long as people need water.