Gabrial Erismann (Antenna Foundation) and Leon Sra (Society for Technology and Action for Rural Advancement) are the co-authors of this blog.

This blog explores how TARA, one of the businesses in the Safe Water II programme, builds the capacity of rural communities and provides them with job opportunities.

The Society for Technology and Action for Rural Advancement (TARA) is a social enterprise of the Development Alternatives Group. Its mission is to build capacity, incubate business models and manage processes to create economic, social and environmental value on a large scale. TARA is one of the organisations included in the Safe Water Programme Phase 2 initiative led by Antenna Foundation and funded by the Swiss Agency for Development and Cooperation (SDC).

Based on a market study to assess existing practices and the demand for drinking water among poor, rural communities, TARA introduced Aqua+. This is a 50 ml bottle of Sodium Hypochlorite Solution (Liquid Chlorine), developed by Antenna Foundation, that can be used for purifying water and making it safe for drinking. Aqua+ costs Rs 42 (US$ 0.65) and one bottle disinfects enough water to meet the needs of a family of five for one month. After the commercial launch of the product in 2013, TARA developed and tested several distribution models to scale up the delivery of Aqua+.

Early partnerships showcased the limitations of working with governments and NGOs to deliver Aqua+. At first, TARA partnered with NGOs who proved themselves unsuitable to managing business operations, especially when it came to managing stock and monitoring sales. One of TARA’s key buyers was the Government of Kerala which ran a programme using Aqua+ throughout the state. However, when elections were held in 2014, the new government shifted priority away from the Aqua+ project to other safe water programmes. To move past these challenges TARA setup TARAlife Sustainability Solutions Pvt Ltd and began piloting a micro-franchise model for distribution.

Micro-franchising is a for profit model that generates returns for investors while simultaneously alleviating poverty. It is an opportunity for the world’s poorest people to own and manage their own businesses. 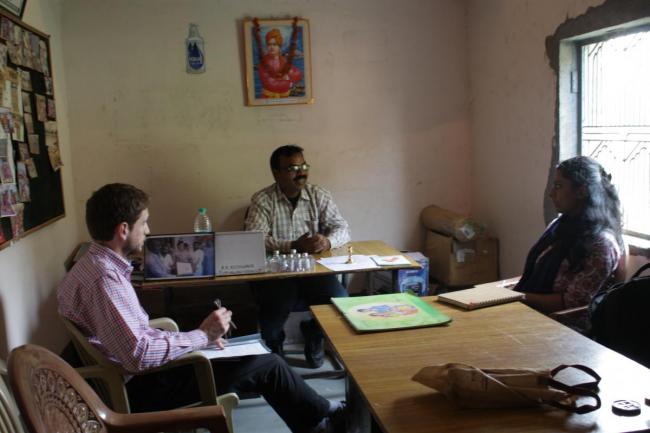 Adjustments to the model are continuing to be made, such as increasing margins for last mile distribution. One micro-franchisor lost 1/3 of his micro-franchisees over the course of a few months, but noted that this had a positive effect as well: “At the beginning I had 30 micro-franchisees, but the less motivated people who thought they could make a lot of money quickly have already left, leaving me with 20 people who are dedicated and believe in the product.”

TARA is currently in the process of training women who have been made literate through another TARA programme, the TARA Akshar literacy programme, to become TARAlife micro-franchisees. Twenty-eight year old Rekha Maurya is one of these women. She has been enrolled in the literacy programme since 2013. “My family used to tell me that I was wasting my time learning how to read and write. They often argued with me about what a woman like me would do after becoming literate. I now have an answer to this question”, she said. Since April 2015 she has been a TARAlife micro-franchisee and has sold close to 1500 bottles, amounting to US$ 138. In a region where the annual per capita income is about US$ 800, this is a considerable sum for a side job to supplement the family income. In an area where women are normally not expected to work away from home, this self-generated income is important for Rekha.

In her own words: “I am very happy selling Aqua+. I make people aware about its benefits wherever I go; I sell it to fellow passengers on the bus too. Along with being a TARAlife micro-franchisee, I am an Aqua+ consumer too. I even send bottles to my maternal family in Mumbai. Being part of this initiative has given me a sense of confidence and a strong positioning in my community.” 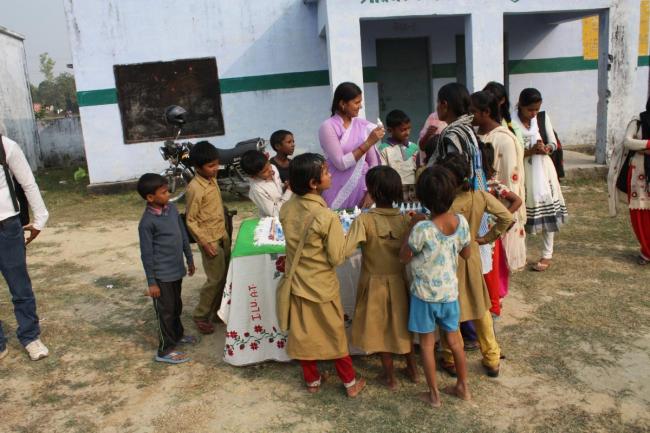 TARAlife is currently in the process of leveraging its existing footprint in Uttar Pradesh and Bihar, identifying micro-franchisors from within the communities and supporting the sales with social marketing activities using women, children and local influencers as agents of change. Thanks to grants from Antenna and SDC, TARA’s social marketing campaigns reached more than 100,000 people until the end of January 2017.