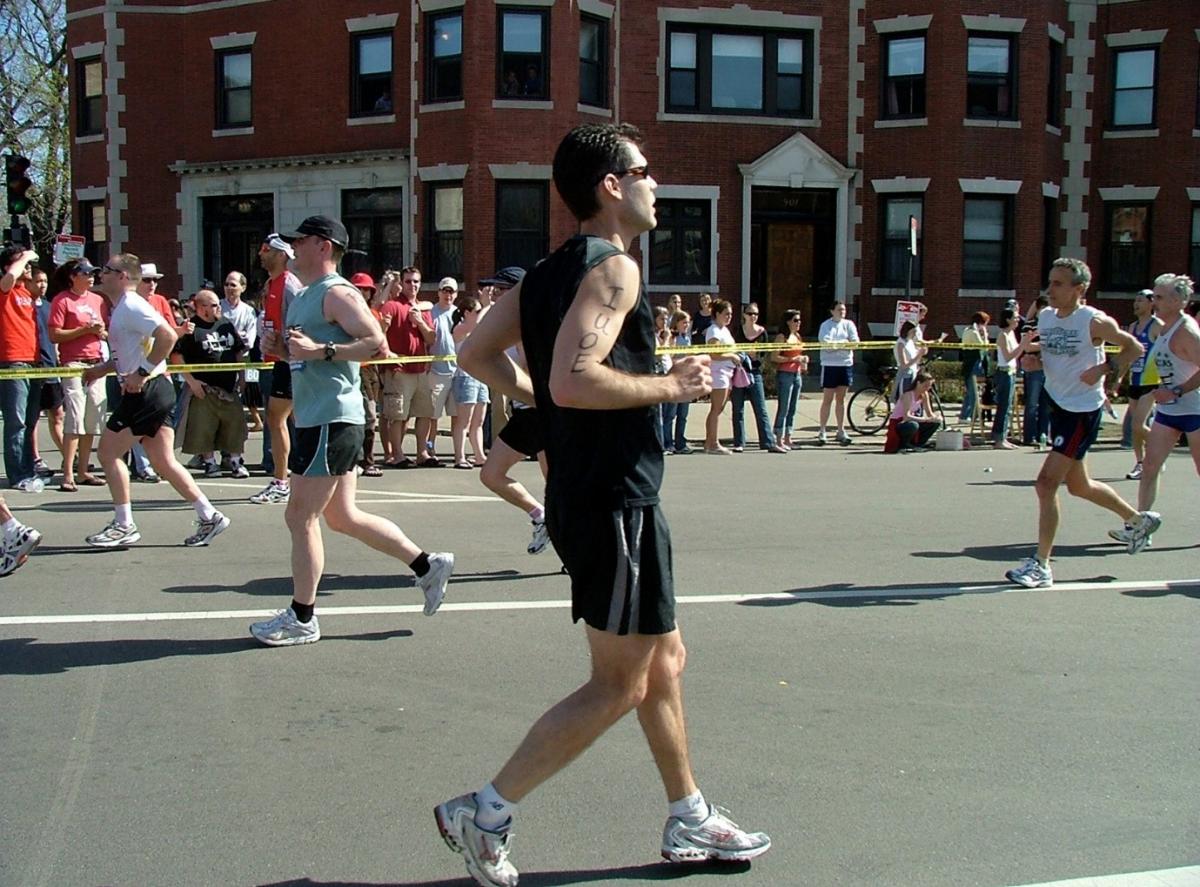 While we see more focus on methane mitigation and increased recognition of sanitation in national climate plans, we all need to face the same way, particularly regarding finance.

“Keep pushing harder and harder for more and more. Because that's what's required to meet that challenge. Gird yourself for a marathon, not a sprint.” – Barack Obama urged young climate activists to accept “imperfect compromise” as part of any COP26 agreement. To me, as an avid runner, it feels very much like running a marathon backwards – there is progress, but it would be so much easier if all of us could face the same way, particularly regarding finance. It would save a lot of pain and agony and ensure we reach further, farther and faster.

As water, sanitation and hygiene experts at IRC, we started sprinting on the climate crisis well over a decade ago (see for example our 2011 publication) and now the sector as a whole is really getting up to speed that WASH system strengthening is climate action (GWP/UNICEF Climate resilient WASH, WaterAid, Sanitation and Water for All,  UN Water, and our own joint paper with Water For People). At the COP Water pavilion, there was even an entire day dedicated to resilient WASH and strategic placed messages which will have reached all participants. No doubt, this mass sprint will continue towards the milestone of the UN 2023 Water Decade Conference co-hosted by the Government of Tajikistan and the Kingdom of the Netherlands. A lot of this is about the now undeniable key role of water and public services such as domestic water supply and sanitation in the adaptation agenda. But on this World Toilet Day 2021, we should ask ourselves, what happened at COP26 that influences the sanitation agenda?

The most prominent change affecting the sanitation sector is the pledge by the US and EU at COP26 to slash methane. More than 100 countries have signed up to The Global Methane Pledge, which aims to limit methane emissions by 30% by 2030 compared with 2020 levels. Methane is one of the most potent greenhouse gases (GHGs) and responsible for a third of current warming from human activities. It is also the main gas that is emitted from sewage, sludge and shit. Our World in Data estimates wastewater is responsible for 1.3% of all GHG emissions. In an excellent twitter thread, Professor Barbara Evans explores what this means for the sector. Just onsite sanitation (i.e., septic tanks and pit latrines), contributes as much as 1% of total global anthropogenic methane emissions and this far exceeds GHG operational emissions (CO2) from faecal sludge trucks and sewerage. Projects such as SCARE (what’s in a name?) and Future Climate For Africa are posed for further research. Mitigation measures include use of composting toilets, using methane to generate energy in biogas facilities, regular emptying of septic tanks, and effective wastewater management..

The global methane pledge may make it easier for the sanitation sector to access (climate) funding for such mitigation measures. We just have to ensure that it doesn’t only go to large urban wastewater systems, but provides opportunity for moving up the sanitation ladder from basic services to safely managed. As Barbara concludes in her twitter thread:

"All humans produce faecal waste (poop/ poo... whatever you want to call it) and that will produce GHG emissions, wherever it goes, so DO invest in sanitation and DO manage it well for a win-win impact on public health and the environment".

A second development has been the publication of many Nationally Determined Contributions (NDCs) in preparation for COP26. Though there are four linkages between climate change and sanitation, only 2% of the NDCs included sanitation in 2020. A rapid assessment using the NDC tracker shows that the percentage now has gone up 16%, an increased recognition of sanitation in the updated NDCs. On top of that, nearly 50% also specifically recognise wastewater, particularly the EU and America depend on sewerage. The host country UK had for example a rather embarrassing two weeks in the run up to COP where legislation was passed potentially leading to more sewage in rivers and streams (map, climate angle).

Example of how sanitation is included in updated NDC of Malawi. Note that it recognises sanitation as not just an infrastructure issue.

The big-ticket item at COP has always been financing or climate justice if you prefer. The opening speech by Mia Mottley, Prime Minister of Barbados, put it most eloquently “This is the sword we need to wield.”

In May this year, WaterAid’s financing blueprint report estimated that US$ 229 billion is needed each year till 2030 to achieve SDG 6. This is twice the annual amount of US$ 114 billion estimated by the World Bank in 2016. The increase reflects the stalled progress in many countries, the reduced time to 2030, and the cost of building resilience to climate change. The additional costs of climate adaptation for sanitation are approximately US$ 36 billion per year.

But the as yet unmet promise around climate finance is US$ 100 billion per year and that has to cover much more than WASH. Basic water, sanitation and hygiene programmes receive less than 1% of global climate finance at the moment.

So where will the extra adaptation money come from and what did COP26 deliver? Besides a renewed drive for Domestic Resource Mobilisation (DRM), WaterAid’s blueprint report had already called for a grant transfer of 2.5% of Gross National Income (GNI) from high-income country governments to developing countries to achieve the SDGs. This grant transfer would combine overseas development aid (ODA) and a climate finance commitment.

A grant transfer initiative worth US$ 290 billion to US$ 580 billion by 2030 - the Glasgow Loss and Damage Facility - “was submitted by all the 138 developing countries representing 5 billion people” but ultimately rejected at COP26 by the US, UK and EU. Slightly better news came for the pledge from wealthy nations to finally meet their goal to mobilise US$ 100 billion a year for climate financing for developing countries by 2023. This is still far short of the US$ 1.3 trillion per year by 2030 requested by African negotiators at COP26. Answering calls to step up lagging funding for adaptation, the COP26 Glasgow Climate Pact urges developed countries to double their climate finance for adaptation. Developed counties have already pledged US$ 356 million to the Adaptation Fund.

At COP26, two big climate accelerator funds specifically for the WASH sector have been launched. A coalition of organisations led by WaterAid has committed to leverage at least US$ 600 million in public and private funding via the Resilient Water Accelerator (Accelerator) aimed at bringing clean water to 50 million people in Africa and Asia by 2030. Similarly, the USAID President’s Emergency Plan for Adaptation and Resilience (PREPARE) intends to mobilise US$ 1 billion for climate-resilient water and sanitation services by 2030. An overarching concern is that till date, 86% of the finance offered for climate adaptation within the water (and sanitation) sector takes the form of loans, of which around half was non-concessional or provided at market rates, adding to country debt burdens. And can private investments really be mobilised when most WASH service providers don’t turn a profit but depend on subsidy?

It will not be easy to meet the challenges posed by climate change and as Obama indicated, it is a marathon, not a sprint. More precisely, it’s a collective marathon run by governments, private sector, CSOs, banks, utilities and knowledge centres, sometimes in competition, but often in collaboration. For sanitation, steps have been made in the right direction – with more focus on methane mitigation, stronger NDCs and potentially more overall financing.

Though running backwards allegedly has benefits, it is a slow and ineffective way towards progress. We all need to face the same direction for the future – finance for safe, GHG low sanitation, to reach the marathon milestone of safe sanitation for all.

This blog was reviewed by John Butterworth, includes contributions from Cor Dietvorst and was copy-edited by Tettje van Daalen.