RT @ircpatrick: Who better to moderate a plenary panel on accountability than @BarbaraSchreinr? Transparency and access to data a strong t…

What have we learned from a five-year multi-country programme to identify locally driven solutions for strengthening strong water and sanitation service delivery systems? A lot! Check out the project’s Legacy page for links to some of our key findings.

Among the many lessons learned, at the very top, SWS demonstrated that well-established partnerships, and nuanced understanding how these partnerships work, are absolutely essential for collective action. Whether informal or formal, partnerships are integral for local development. They unlock more brainpower and generate new and innovative ideas. They create strong linkages that immediately increase the impact of project interventions and ensure long lasting results from programme delivery. Well designed and authentic partnerships, which respond to and support national and local government structures, ensure that all parties involved agree on a common agenda and set of shared objectives and responsibilities.

Within the USAID Sustainable WASH Systems Learning Partnership (SWS), IRC worked with Tetra Tech and LINC in two countries: Ethiopia and Uganda. The consortium was led by the University of Colorado Boulder and included Environmental Incentives, and WaterSHED Cambodia as additional partners.

In both Ethiopia and Uganda, IRC implemented the project through a series of action-research experiments carried out with a learning alliance. In Ethiopia, these alliances were newly established as part of SWS, whereas in Uganda SWS invested in a mature learning alliance to catalyse its impact and document the many ways in which it was already working to strengthen local and national systems.

Watch this video with reflections from facilitators and participants of learning alliances in Ethiopia and Uganda.

In Ethiopia, SWS has helped us capture practical experiences from two districts: South Ari in SNNPR and Mile in Afar Region. Before the project, there was no platform where WASH actors could come together and share ideas and learn from one another. People with related roles and responsibilities, or even similar goals, did not regularly connect. Working in silos impaired efforts to collaborate effectively within districts and between different levels of government. Through SWS, learning alliances were established as a tool at district level, and connections were built to ensure those alliances linked to zonal and regional government right up to the national level to support smooth information flow and communication.

All our efforts, though, were put to the test by frequent turnover of leadership and staff – requiring on-boarding of newcomers, and by institutional reforms at different levels. The silver lining of staff turnover was that it helped to identify which changes were structural and likely to last, and which were still nascent and needed more effort before they would go beyond single champions toward a systems-wide impact.

Watch this video on how IRC Ethiopia and the local government together carried out asset inventories in South Ari woreda.

In Uganda, SWS was instrumental in supporting IRC in Uganda to strengthen the District WASH Task Team (DWTT) in Kabarole district. The DWTT is a learning alliance, formed of representatives from the political and technical wings of the local government, the private sector, civil society and the media. We helped strengthen the DWTT to develop a common WASH Agenda and implement the Kabarole district WASH Master Plan (2018-2030).

The partnership with the DWTT and the Ministry of Water and Environment and its regional structures was key in recognising their contribution towards the Government of Uganda’s goal of achieving SDG 6. Through exchange learning visits and meetings, participation in various WASH fora, and media engagement, partners worked together to generate evidence and advocate for important WASH issues that affected service delivery. The bringing together of district, regional, and national actors helped to shed light from many angles on these issues in order to identify new ones. These included inadequate finance and un-inclusive planning, shortcomings in WASH monitoring, lack of political involvement in remedying WASH issues, effects of climate change and inadequate water resources management and lack of a regulatory framework and structure for WASH at the district and national level.

The DWTT and national partners worked together in proposing joint solutions to address the challenges. They improved their knowledge of WASH and the district’s challenges in delivering WASH to the communities. The DWTT was instrumental in the policy shift that led to the integration of institutional WASH into mainstream planning for the sector in the district, and the decision by the District Council to invest in piped systems as opposed to water point sources.

Through the partnership, and the trust built through the learning alliance networks, partners identified their shared values and collectively recognised the need for greater mutual accountability and transparency - both among themselves and to others, especially communities. The partnership also enabled both the district and national leaders to participate in regional and global WASH systems platforms. This exposure helped them appreciate how their own work contributes to a bigger and wider need.

The maturity of the partnerships in Uganda was enhanced by SWS, building on over a decade of sector strengthening supported by IRC Uganda. 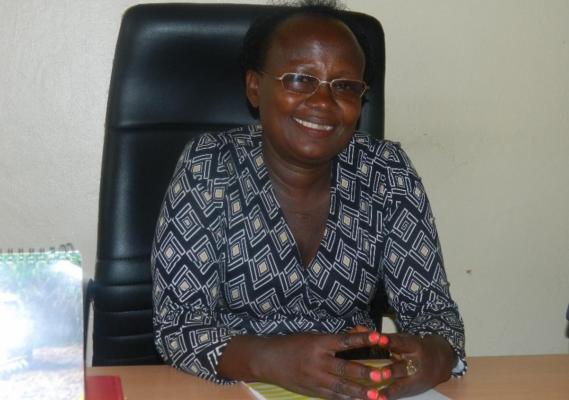 We have seen how partnerships have strengthened local WASH systems in both Ethiopia and Uganda, through more tangible examples of scaling innovations, and the less tangible aspects of built trust and stronger expert networks.

In Ethiopia, where the end of SWS meant the end of IRC’s activities in those districts, there is a risk of sliding back if support is taken away too soon.  What is needed is some continued external follow-up support, from an actor like IRC, until the local systems can properly take off and the skills and momentum held by local actors can be anchored in lasting policy and systems change.

In Uganda’s Kabarole district, where IRC has a permanent presence, the role of the DWTT may evolve but is set to continue. The engagement with national level WASH sector institutions was strongly appreciated by both local and national actors and confirmed that a joint and multi-level agenda is important to maximise resources, stakeholder participation, transparency, accountability and collective action.

To learn more, scroll down to Resources to read our SWS flagship publication, and to Useful links to visit the SWS legacy page and sign up for updates on the forthcoming Driving Change course.
Photo caption: Rwakyaka Mary Kenyana, Kabarole District Councilor for Women, and member of the District WASH Task Team. Photo credit: IRC Uganda
This blog was reviewed by Angela Huston and copy-edited by Tettje van Daalen.

This legacy page gives a brief overview of the project approach and flagship publications.