Kenyasi students demonstrate how clean water can save lives 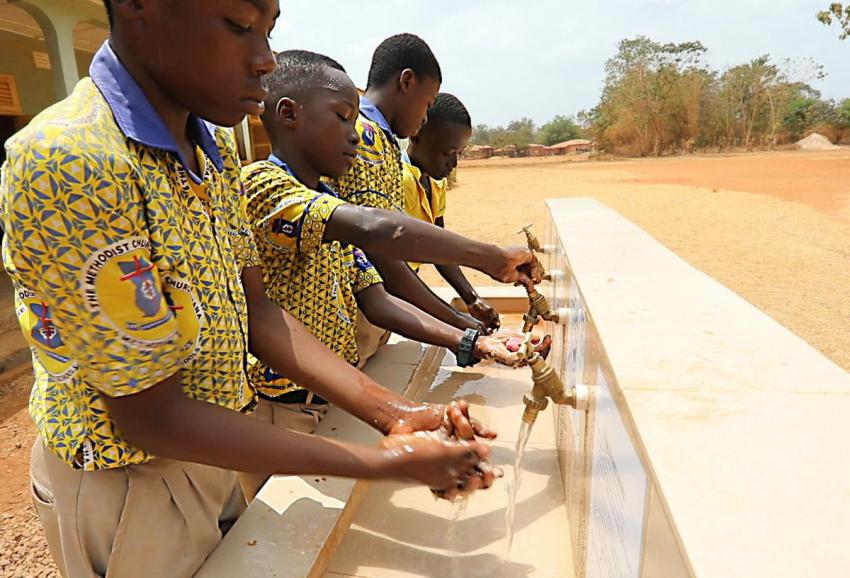 They have featured in a video promoting handwashing nationally and internationally, which was also shown on Twitter.

The students did not know at the time they were being filmed that they were going to become role models. They were simply demonstrating the good practice that has become normal in their schools since the beginning of the year.

All the young people are students at the District Assembly Girls Model Basic School in Kenyasi No 2 and at the Methodist Basic School next door. Both schools suffered for many years from lack of safe water – until a new borewell began supplying the schools and their local community in January 2020.

This is part of the ANAM initiative in Asutifi North in Ahafo Region – a commitment led by the District Assembly to achieve SDG 6 by 2030.

World Vision, one of the ANAM partners began drilling in June 2019 and by 19 December had completed a 60 metre solar powered mechanised borehole. The water is pumped into a 7,000 litre tank which supplies four standpipes in the school premises and one in the community. When the students at both schools arrived in January 2020, they found handwashing stations and clean drinking water ready for the new term. 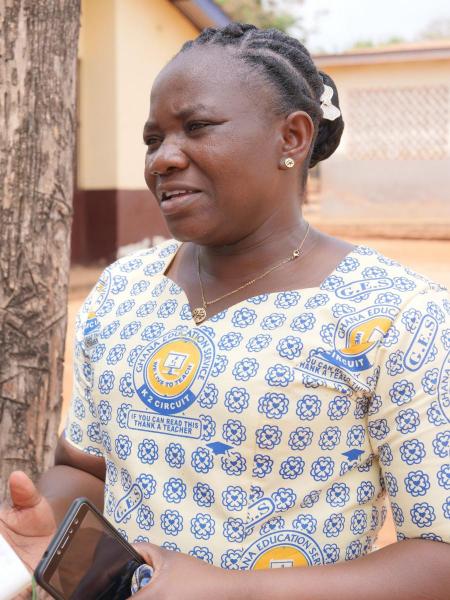 Faustina Annan, head teacher of District Assembly Girls Model Basic School, said that the new supply had made it easier for the young people to attend school and to learn. “Years back we had this water problem whereby children had to go down to a steam about 500 metres from the school to get water for washing hands and even for drinking. Another alternative was the children had to carry water from their home to school in buckets. Children with homes far from school had to carry water long distances. They got to school very late and got to school wet because the water spilled on them and their books too were soaked. We recorded a high level of absenteeism.”

The Parent Teacher Association had helped by arranging a connection to the town water supply – but it was very unreliable and did not solve the problem.

The new water facility has been welcomed by the whole school. The head teacher said. “The children were very, very excited and not only the children, but the staff, the PTA executive and the school management committee. We now have water throughout the week. Children come to school early as they don’t have to look for water. They have peace of mind. Any time they want to drink water, they have water right inside the classroom where we have storage facilities. Concentration in class is very high which has helped academic work. Children are now happy to come to school.” 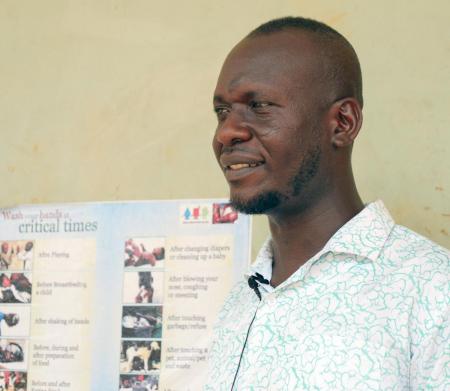 Next door at the KC Methodist School, head teacher Forsom Essilfi tells the same story. The number of students enrolled in the school had increased by 15 because they had water. “Formerly there were a lot of problems. The students sometimes brought water from their homes which was a challenge. We have more boys and they like footballing. Every break time they went to play and they didn’t have water to wash their hands and returned to lessons dirty. Fortunately we have this World Vision programme and now they have water to wash and drink as well.”

Young people from both schools were filmed washing their hands on March 4, 2020 just before the COVID-19 pandemic hit Ghana and schools were closed. Filming was part of a process by the National Development Planning Commission partnering with IRC Ghana to document good WASH practice. The students demonstrated such good technique that it was quickly decided that the video would be instructive more urgently. It was posted on the web sites of both organisations as well as on Facebook and Twitter as a demonstration of how to wash hands to prevent infection by the virus

Ionnocent Boadi, Water Supply Officer for World Vision, said that the solar powered mechanised system had been provided as part of district-wide efforts to ensure that schools, health centres and communities had access to safe water for drinking and basic hygiene. 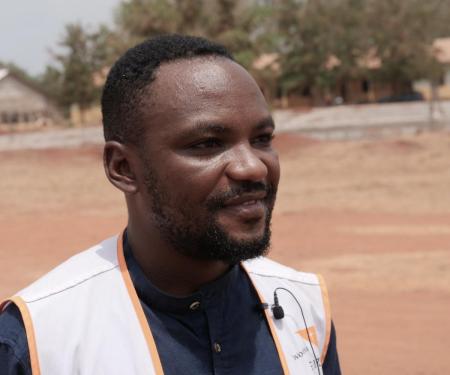 The facility supplies four permanent handwashing stations and four stand pipes within the school premises and one community standpipe to generate maintenance revenue using a ‘pay as you fetch’ approach. An Aqua tap (water ATM) is being piloted to ensure community members have access to water at any time. A water kiosk has also been provided at the point of sale and a vendor is employed to sell water. Water and sanitation management teams have been trained to manage the facility and money generated is paid into a bank account to maintain the system if problems develop.

The solar powered system means that the schools do not face electricity bills and will have access to water the whole year round.

Abiba Opoku, aged 16, a Form 3 student at the District Assembly Girls Model School, spoke for her school in saying how pleased they were to have water on tap. “I would go to the stream and bring water back to school. Our uniforms would get soaking wet. Now the water is right here, so there is no problem for us.”