Advocating for WASH in healthcare facilities in Malawi

“Competition? I am the best”

President @Lagarde and @ECB: why are you funding climate criminals with #COVID19 recovery money? No more money for… https://t.co/f87y9p3Isu 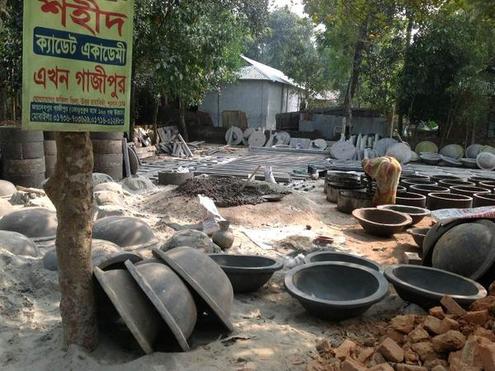 Sanitation entrepreneur Mrs Rasheda Sahab replies with good-natured confidence when asked if she has competition. “Yes, there is another sanitation production centre two kilometres away from here,” she says. “But no one can challenge me. I am the best.”

The 38-year old widow has come a long way from the uncertain situation in which she was left by her husband’s death in 2006. His medical expenses left her penniless, with a ten-month-old son and three other children to support. Rasheda’s husband had run a small sanitation shop in Hobirbari village of Bhalukasub-district, Mymensingh, Bangladesh, and although she had only occasionally helped out in the shop, Rasheda had no choice but to take over the business.

Support to micro-entrepreneurs such as Rasheda has been instrumental in BRAC WASH reaching an estimated 30 million households so far.

Around the same time, BRAC WASH was doing a survey in the region to identify potential participants in a sanitation entrepreneurship support programme. Rasheda took part in a one-day training session at the local BRAC office in Bhaluka, which included sessions on sanitation designs, marketing and developing a business plan. Through BRAC’s microcredit programme she has taken and repaid two interest-free loans of 10,000 taka (about 100 euros) from a revolving fund.

Rasheda is one of around 1,500 sanitation entrepreneurs given training and microcredit by the BRAC WASH programme. Some were already active in the sector, others were brought in through a loan mechanism. All participated in a training programme with follow-up monitoring, the first time this package of finance and technical support had been offered in the WASH sector in Bangladesh.

The rationale is that the business of installing pit latrines can only benefit from there being a cadre of capable entrepreneurs with access to affordable finance– although transparency naturally demands that households are informed about all local micro-entrepreneurs who can provide sanitation services, not only those participating in the BRAC programme. Support to micro-entrepreneurs such as Rasheda has been instrumental in BRAC WASH reaching an estimated 30 million households so far.

The second phase of the BRAC WASH programme will continue to provide technical support to micro-entrepreneurs, together with checks on the quality of their products; among the preliminary findings of a new sanitation marketing dashboard tool, developed by IRC to provide a quick one-page overview of local supply and demand, is that quality of construction often needs improvement.

Since she has been supported by BRAC, Rasheda's business has grown through word of mouth and she now hires four masons on a contract basis.

BRAC has also developed a new market scan tool in 2012 and 2013, to identify opportunities for these entrepreneurs to introduce new latrine models. It is becoming clear, however, that it may not be possible to find low-cost, durable latrine technologies suitable for all locations, given the technological and logistical challenges posed by hard-to-reach areas. Targets for BRAC WASH Phase II have therefore been differentiated, to raise coverage of hygienic toilets to 70% of households in total, including at least 50% of households in the hard-to-reach areas.

Since she has been supported by BRAC, Rasheda’s business has grown through word of mouth and she now hires four masons on a contract basis. She has expanded her range of products, selling water bowls for paddy husking, pillars for fencing and tin-roofed houses, and ceramic ventilators. She talks about the possibility of branching out into cemented pipes for road construction. 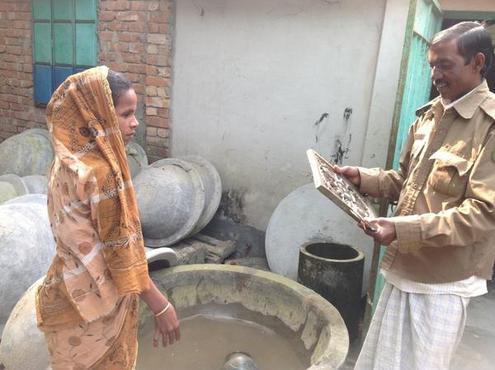 She doesn’t keep an exact record of her expenditures and income, though – she’s content with the overall sense that she’s doing well. And it’s clear how she measures that: “I find that I can afford to send all my children to school. And my eldest daughter is now going to college”.

Advocating for WASH in healthcare facilities in Malawi