Monitoring and accountability frameworks for SDG 6 : the role of civil scociety crganisations

New report by WHO and UNICEF sets the baseline for ambitious global goals. 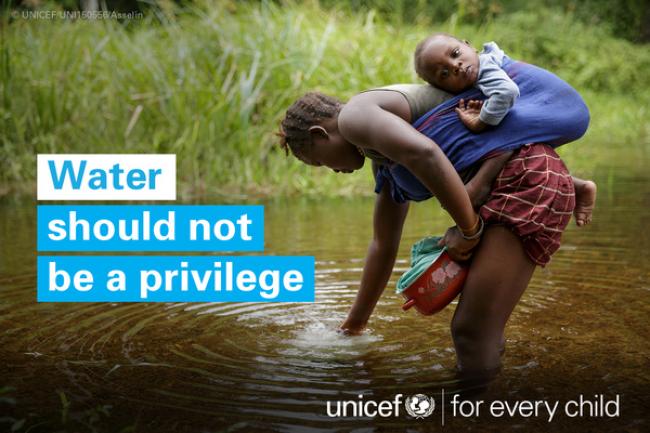 Some 2.1 billion people lack access to safe, readily available water at home, and 4.5 billion lack safely managed sanitation. Eliminating this backlog by 2030 is the aim of Sustainable Development Goal 6 (SDG 6). WHO and UNICEF introduce the new SDG 6 indicators and baseline statistics in a just published report.

The higher standards set for achieving SDG 6, as compared to the previous Millennium Development Goals (MDGs), pose a major challenge for the sector. WaterAid has calculated that at current rates of progress many countries will not even be able to provide a basic level of service until long after 2030.

The baseline for SDG 6 is not yet complete as many countries lack data on the quality of water and sanitation services. That is why the WHO/UNICEF report still includes data on basic service levels in their updated ladders used to benchmark and compare across countries at different stages of development.

IRC's Stef Smits says that the JMP, which has rebranded itself as WHO/UNICEF Joint Monitoring Programme for Water Supply, Sanitation and Hygiene, should be congratulated for providing the SDG 6 baseline. He added that the JMP report is a must-read "for all working in the WASH sector, because of the methodological insight it provides and of course also for the many interesting data itself".

Even though only about half of the countries - mostly high and upper middle-income ones - provided data on safely managed services, Stef believes global estimates appear realistic. Pulling the data together is a major achievement. The results themselves are less dramatic than some expected, especially for safely managed water services, though there is a significant gap between urban and rural areas.

The joint WHO/UNICEF press release launching the report is too alarmist, in Stef's opinion, with its focus on the large number of people without access to safely managed services. Some early commentators even say we have ''gone back in time". Stef disagrees: "we have just raised the bar". What we should really care about are those countries listed by WaterAid, which will fail to provide even basic services by 2030, he added (read Stef's blog "A third of the glass is three-quarters full").

Global civil society coalition End Water Poverty (EWP) stresses the need for better data gathering and reporting so we can see if the 'leave no one behind' principle' is truly being met. EWP specifically calls on the JMP to collaborate with UN-Habitat to collect data on the quality of water and sanitation services for slum dwellers. In addition, EWP encourages service providers to use the new SDG 6 indicators for safely managed services when building new infrastructure, and governments to increase investment.

Monitoring and accountability frameworks for SDG 6 : the role of civil scociety crganisations