Summary progress update 2021 : SDG 6 – water and sanitation for all 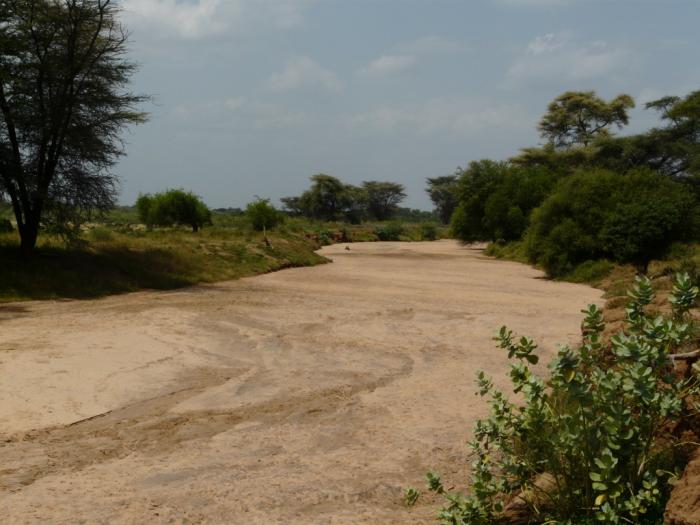 El Niño is an irregularly occurring and complex series of climatic changes affecting the equatorial Pacific region and beyond every few years, characterized by the appearance of unusually warm, nutrient-poor water off northern Peru and Ecuador, typically in late December. The effects of El Niño include reversal of wind patterns across the Pacific, drought in Australasia, and unseasonal heavy rain in South America (Oxford dictionaries).

The latest episode of El Niño caused extreme weather across many countries. Parts of South America and East Africa are recovering from extreme rains and flooding, while severe droughts have hit the Horn of Africa, Southern Africa and Central America.

The UN World Food programme says that potent natural disasters, mostly droughts, floods and storms, will impact 100 million people each year and will have food shortages and poverty as a result.

El Niño has an efffect in many parts of the world, but is most intensely felt in the tropical regions of Africa, Latin America, and Asia-Pacific. These geographical areas are particularly vulnerable to natural hazards.

“From Ethiopia to Haiti to Papua New Guinea, we are seeing the damage from El Niño, and we believe the impact on public health is likely to continue throughout 2016, even after El Niño winds down,” said Dr Richard Brennan, Director of WHO’s Emergency Risk Management & Humanitarian Response Department, in a press release recently.

Based on the latest UN figures, WHO estimates that many of the people impacted by El Niño this year will suffer from health consequences. Thus far, requests for financial support by seven high-risk countries (Ethiopia, Lesotho, Kenya, Papua New Guinea, Somalia, Tanzania and Uganda) facing the health costs of El Niño have reached US$ 76 million.

According to the WHO, the El Niño can lead to food insecurity and malnutrition, disease outbreaks, acute water shortages, and disruption of health services. Surface water dries up, dams and reservoirs are exhausted, natural water resources are over-exploited, and water restrictions are put in place in large areas, some allowing for only a few hours of water supply a day. In other areas, extreme rainfall and floods may cause failing drinking water facilities, and water tankers are dispatched to provide emergency relief.

As an organisation working to extend access to water and sanitation services to everyone and forever, and with nearly 50 years of experience working in lower and middle income countries, IRC is aware and alarmed by the effects El Niño can have.

Preparing for the negative effects

In Kenya's arid lands, IRC helped pastoralists prepare for drought through mapping and piloting the "3-R" – Retention, Recharge, and Reuse – strategy. This strategy aims to increase water storage for use in dry times together with the "MUS" or Multiple Use Water Services approach to water supply.

These are a just a few examples of solutions being used to mitigate the effects of climate change in the water sector.

The current episode of El Niño has reached its peak but it will continue to have humanitarian impacts for months to come, warns the UN. Climate adaptation will be on the agenda for a long time to come. Local governments and local institutions have a crucial role to play. Much time, effort and money will be needed to strengthen them.

Summary progress update 2021 : SDG 6 – water and sanitation for all