Treating medical waste during COVID-19 in the Global South

We did this before, but the job is unfinished.

On 14 October 2017, Tanzanians commemorated the 18th anniversary of the death of the founding Father of the Nation, Mwalimu Julius Nyerere. Thousands of Tanzanians, including national leaders, politicians and ordinary citizens commemorated his death.

The commemoration offered space for deep reflection on Nyerere’s passion and personal efforts to promote and make sanitation and hygiene a top political and national priority. After independence, Mwalimu Nyerere successfully led a national scale latrine building campaign ‘Mtu ni Afya’  in the 1970s, when approximately 8 in 10 Tanzanians constructed basic toilet facilities. This was followed four decades later by the National Sanitation Campaign in 2012 which brought renewed efforts to upgrade toilet facilities, although its scale and impact was limited. 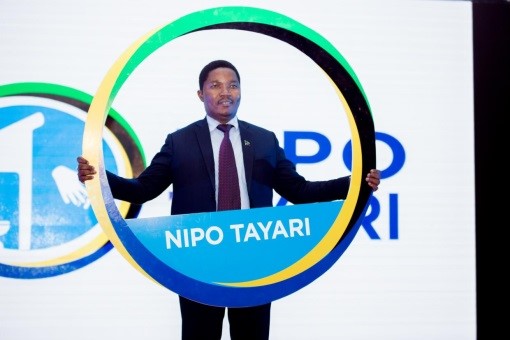 The scale of the sanitation problem

Coverage of improved latrines remains low in Tanzania. To date, 5 in 10 Tanzanians continue to use unsanitary latrines - mainly simple pits that are not easy to keep clean. While providing some privacy, they do not break the chain of transmission of germs that cause several serious illnesses such as diarrhoea. It is also estimated that about 5 million Tanzanians do not use a latrine at all, and practice open defecation.

There are also other concerns. Recent reports show that a total of 30,121 cholera cases and 466 deaths (case fatality rate 1.5%) have been reported since the outbreak started in August 2015. Equally, a UNICEF report shows that Tanzania has one of the highest prevalence of stunting in the world affecting about 30% of children under five - implying that they are shorter than they should be, more susceptible to disease, and more likely to have poorer cognitive and educational outcomes in life. These children, when they become adults, are likely to earn 20% less than their peers.

As recently pointed out by Prof. Val Curtis, research has proven that being born and brought up in a place where open defecation is common means that digestive tracts are constantly being damaged by faecal pathogens and parasites. Undernutrition sets in, leaving kids more vulnerable to infections, which in turn make them more malnourished. Conservative estimates show that the poor sanitation situation costs Tanzania a staggering 1% per cent of its GDP annually, roughly the equivalent of the country’s electricity industry.

It is in this context that the Tanzanian government has set itself an ambitious goal of ending open defecation and ensuring that every Tanzanian uses Choo Bora (improved latrine) and washes their hands with soap after toilet use by 2025. If this were achieved, it would help the country achieve middle-income status.

I am ready to fix the poo! 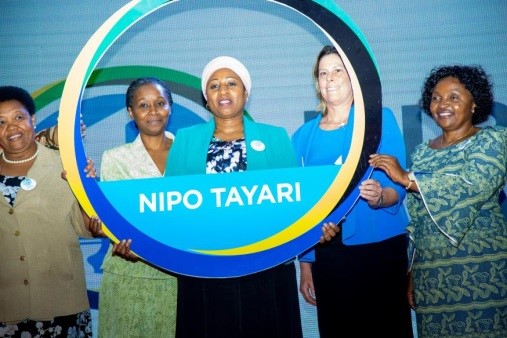 To tackle the challenge of poor sanitation, in May 2017 the Minister of Health, Hon. Ummy Mwalimu issued a Call to Action, for government and stakeholders to join efforts to urgently improve the sanitation situation. She called on the country to prepare for a relaunch of the National Sanitation Campaign on November 19 this year - World Toilet Day. “Can we beat the 1970s ‘Mtu ni Afya’ campaign? Mimi Nipo Tayari, Wewe Je?” She said meaning: I am ready, what about you? The Call to Action culminated in a nationwide Nipo Tayari (I am ready) campaign.

Since the launch of Nipo Tayari, publicity efforts have gone viral on social media, print, blog, and popular Swahili radio and TV shows creating excitement around the country. The Ministry of Health views the Nipo Tayari campaign as an opportunity and a springboard to rally public, civil society and private sector leadership commitments and support to the campaign. The commitments are symbolized by photographs of dignitaries holding the Nipo Tayari frame which are made public. There are also Nipo Tayari brand ambassadors who are deployed to attend government and development partner events during which ministers, Members of Parliament (MPs), and local government officials publicly pledge their commitment and support. To date Nipo Tayari has resulted in commitments from 15 regions. The plan is to get commitments from all 26 regions in Tanzania mainland before the relaunch of the campaign. Also, as part of Nipo Tayari, the Ministry of Health has started producing a bi-monthly newsletter focusing on commitments, events, and progress made under the campaign.

The challenge in the past has been how to engage young people to talk about sanitation and make them do something about it. The Nipo Tayari campaign, engages with young people through various platforms and communication channels. Popular ones include the regional FURSA campaigns and Tigo Fiesta festival concerts that are run by a popular local media firm to reach out to youths, entrepreneurs and political leaders. Through these platforms, regional and district baseline data on latrine coverage and impact of poor sanitation on the local economy are publicized. District and regional commissioners are asked to publicly support the campaign, making them accountable for the delivery of results. 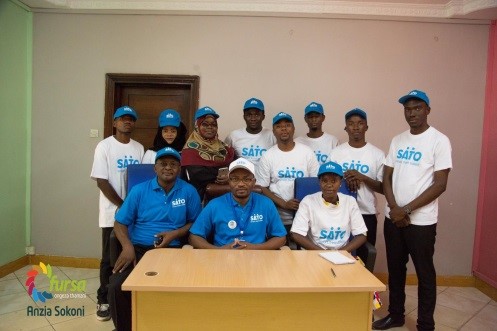 Youths are also drawn in through social media platforms and an innovative FURSA 2017 Toilet Challenge that aims to encourage young Tanzanians to come up with a low cost toilet. By doing so, the campaign has attracted many youths and involved them in a nationwide conversation about the importance of toilets. This is important for Tanzania as young people form the majority of the population.

There is, of course, still a long way to go to achieve the ambitious goal of ending open defecation and ensuring every Tanzanian uses Choo Bora and washes hands with soap. However, Nipo Tayari is breaking ground by creating excitement about toilets around the country. Young people are now talking about toilets openly (something unimaginable in the past) and are beginning to see toilets as ‘Fursa’ (an economic opportunity) rather than a taboo. Clearly, Nipo Tayari is changing Tanzanians’ views about poo and toilets, be it in the remote rural villages of Tanzania or in Dar es Salaam's loud, vibrant public transport ‘Dala Dala’.

As we approach the relaunch of the National Sanitation Campaign in November 2017, the challenge is to amplify and connect Nipo Tayari with the new campaign, maintain excitement about toilets and encourage behaviour change that can make every Tanzanian build Choo Bora, and wash hands with soap. Unless that is achieved, we will not be able to confidently say that we have beaten the 1970s ‘Mtu ni Afya’ campaign.

Treating medical waste during COVID-19 in the Global South