How do we reach sustainable urban sanitation?

The new Sustainable Development Goals will not be reached if we do not tackle urban sanitation. This has a serious impact on the health and dignity for all those living in cities, not just the poor. 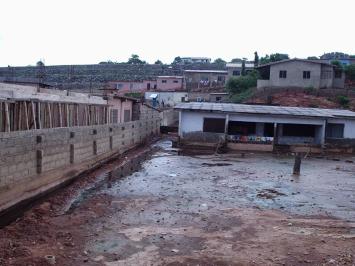 While currently here in Ghana on a mission, I can’t help but think once again on how lucky we are with our own urban facilities back home. For many of us, it goes without thinking or saying that we have appropriate urban services available. Yet in urban areas worldwide, the around 756 million people who lack access to safe sanitation, according to official UN data (WHO/UNICEF, 2014). This number is likely to be an underestimation as many sanitary facilities cannot be considered hygienically safe or sustainable (Jenkins et al. 2014). In other words, the new Sustainable Development Goals will not be reached if we do not tackle urban sanitation. This has a serious impact on the health and dignity for all those living in cities, not just the poor.

We believe that there are three key challenges around urban sanitation that need to be addressed:

Focusing on the whole sanitation chain

Sanitation improvements are not the sole responsibility of one entity: households, private service providers (latrine builders, emptying companies) and various line ministries (Health, Education, Infrastructure, Environment) all play a role. When donors and NGOs take the lead they rarely link up with government leadership and regulation.

We at IRC have a number of events in the coming period to highlight this issue of urban sanitation. For those interested, we have just had the “Roundtable meeting on urban sanitation in line with ULCTS” which took place on July 1st with a number of distinguished sanitation experts. In terms of upcoming events in which we will further reflect on the role around sustainable urban sanitation, there will be the following:

We look forward to the discussions and of those who may not be able to join we will be sending update summary overviews.