How am I going to vote?

Today, Sunday 19 February 2017, there are only 24 days left to the parliamentary elections in the Netherlands. How am I going to vote? For consolidation of current policies, for a populist government that pretends to listen to the voice of the people, or for change? Which party reflects or represents my view of The Netherlands and the world the best? But equally important, what are the views of my friend and how is he going to vote?

In the past I have noticed that we do not always agree and that our view of the world is not necessarily the same.  Although he is interested to know what I am doing when I go on a mission, in my view, to make the world a better place for all, he does not always believe that what I am doing is very useful or effective. Over the years he has frequently questioned whether my efforts to change sanitation and hygiene conditions in the countries I visit have made a difference.

This came to light again today when we decided to use the online “stemwijzer” (election compass) to identify the political party that best reflects our individual views and ideas of how The Netherlands should be governed. The election compass website (stemwijzer.nl) consists of 30 questions or statements that are supposed to help you find your party of choice. One of the statements relates to development aid and reads: “The Netherlands must spend more money on the development of poor countries”. Having spent 35+ years travelling to, and working and living in developing countries, it should not come as a surprise that I agreed with the statement. My friend however, born and brought up in Thailand, did not agree with the statement. 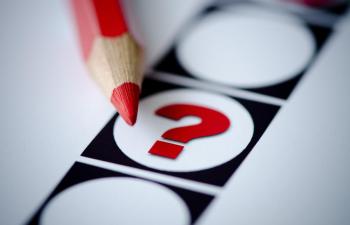 This was not the first time that we had a discussion on this issue. Even so we tried to figure out why our views appear to be so different on this topic. Soon it became clear that even though we do not agree on the solution, we tend to agree on the underlying problems and root causes. Change can only take place if the process is fully owned by the people that, in our simplistic or worse, arrogant Western view, need to change. Local leaders need to drive that change. Outsiders like me can never take over that responsibility. It is about educating people that certain ingrained practices have detrimental consequences for their health and wellbeing. Local elected and non-elected leaders should be responsible to avoid that improved sanitation and hygiene are seen as something foreign or a luxury that comes with wealth.

My friend comes from a country that shows that change is possible without any foreign support or interference. Several organisations have tried to learn from Thailand’s experience and find out why it is ahead of other developing countries. One such organisation is WaterAid that conducted a study called “Evaluating the effectiveness of public finance for household sanitation in rural Thailand”. The report includes the following paragraph that describes some of the reasons pretty well.

“Rural sanitation coverage in Thailand went from zero to almost universal coverage over 40 years. Progress was achieved with relatively low but effective funding from the Government and development partners, which leveraged large household investments in sanitation. Public funding was principally devoted to software activities, such as capacity building, monitoring and hygiene promotion and, at later stages, supported local mechanisms to overcome constraints at the household level, including difficulties with mobilising up-front cash and overall affordability constraints. The level of service was homogeneous during this period, as the Government promoted a unique model of water-seal latrines that fit Thai culture well”.

Towards the end of the report the key findings are given which can be summarised as follows:

Basically nothing out of the ordinary and exactly the same issues IRC has been advocating for: political will, strong local leadership and commitment backed up by effective policies and strategies, enabling institutional and regulatory frameworks, and adequate financial and human resources. Normally we tend to say: “talk less; do more”. However, you could question that. Is it that as long as we are initiating and driving the doing, governments may not feel inclined to step in and take up their responsibility?

My friend and I may not agree on all issues, but it was good to realise that we do agree on the need for home-grown and county-driven change.