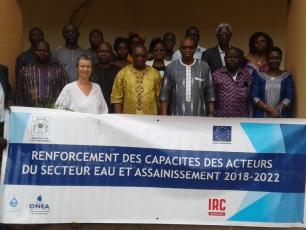 This week's Weekly WASH Graph presents an infographic and a graph, the combination of which reflects what we think should be the core content of WASH... 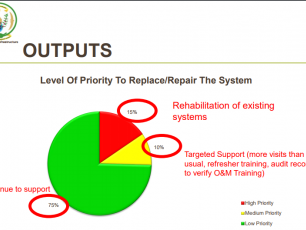 When is it time to repair or replace your water system? 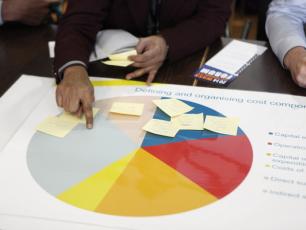 A suite of tools to support a systems-based approach to sustainable management of water service...

What are the challenges and why do we need public finance to reach the Sustainable Development...

Please note: this is a beta-version of the Retrospective Currency Converter; this tool is currently being tested in several countries. We invite you to use the tool and send us your feedback. Contact us in case you have any questions or suggestions via kerk@ircwash.org. This tool has been developed by IRC and Aguaconsult.

Why is it needed?

Understanding the costs of supplying sustainable water, sanitation, or hygiene (WASH) services is an important first step to be able to finance and plan for these services. Methodologies, such as Life Cycle Cost Analysis, have been developed to analyse and predict these costs. These methodologies often involve reviewing historical records of expenditures in an effort to derive estimates that can be used for financial planning purposes.

The reliability of these estimates is related to the number of data points that are analysed to derive the estimates. For example, in order to understand the operating costs of pump, it is better to review a database of annual expenditures that covers 5-10 years versus reviewing only the past year. Having multiple years of data will provide more reliable estimates and account for any outliers that might lead to over or underestimates of the costs.

However, when doing the analysis to derive the cost estimates, it is important to compare like with like. Therefore historical expenditures need to be adjusted, brought to a common year and currency to be compared.

What does it do?

The Retrospective Currency Converter can be used in three different ways:

1) Past Year to Present Year for one currency- This tool allows you to deflate past expenditures to understand present value or the value at a given year after the expenditure was made. For example, if you have expenditures in USD from 1966 you could determine the value in 2015 USD (or 1967).

2) Past Year to Present Year and converting currencies- The tool has the ability to deflate past expenditures in one currency, and the convert the currency in the desired year. For example you could calculate an expenditure from 1966 made in Rwandan Francs to USD in 2015 (or any other year between 1966 and 2015).

3) Convert currencies-It also allows you to convert between any global currency to any other global currency. If you have an expenditure in Rwandan Francs in 2015 you could convert to USD in 2015.

How does it work?

There are multiple ways to deflate past expenditures. The most common is done using the macro economic data such as the purchasing power parity (PPP) or the Gross Domestic Product (GDP) of a country. There are advantages and disadvantages of using both, however the Retroactive Currency Converter uses the GDP deflator for the present value calculations.

The World Bank maintains an updated database of financial information including a GDP deflator and the official exchange rates of all global currencies. The definitions of each indicator are as follows:

These data are found at http://data.worldbank.org/indicator.  If you are connected to the internet, from the home screen of the tool you can update the dataset. The home screen lists the date that the data used in the tool was last updated. World Bank updates the data on an annual basis.

Tool that helps you to understand what the present value is of previous expenditures. It "deflates" the value of those past expenditures using a historical record of inflation rates.

Working together to finance improved WASH services in Uganda

District partnerships are at the heart of the WASH Agenda for Change (WA4C).