SEHATI builds on the success of the Sanitation, Hygiene and Water (SHAW) programme which actively promoted and pioneered the implementation of the Indonesian national strategy on Sanitasi Total Berbasis Masyarakat (STBM). STBM is the Indonesian concept of the Community-Led Total Sanitation. SHAW was implemented in nine districts in Eastern Indonesia from 2010-2015. During the implementation period a total of 802 villages were declared 100% STBM benefiting some 1.45 million people.

The SEHATI programme will employ an adjusted model equipping the different stakeholders with the right approaches, tactics, tools and skills to enable them to achieve full coverage in their districts. The SEHATI partners initiate the start-up in each district, inform and build the capacity of local government actors, sanitation entrepreneurs and other local stakeholders, and then facilitate and support implementation by these stakeholders.

The Dutch NGO Simavi coordinates the SEHATI programme and supports the central Indonesian Government on STBM policy and scaling up initiatives. SEHATI will be an important contribution to the Government of Indonesia’s vision of achieving universal access to sanitation by 2019. The programme will run from February 2015 till August 2019 and starts with a six-month inception phase. At the end of the 3.5 years programme, it is expected that the local government authorities of the seven districts will be able to independently implement, replicate, scale up and sustain the STBM five pillars in all the villages under their jurisdiction. 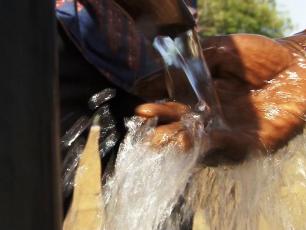 The dream of replicating and scaling up a new sanitation and hygiene delivery model throughout... 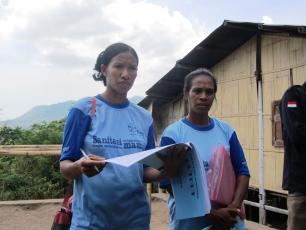 On World Toilet Day, I am sharing a positive story to inspire everyone.

Can success be scaled?

Implementing a highly successful rural sanitation and hygiene programme in East Indonesia has taught us some important lessons. The most relevant...

Search and explore all 3 resources here

2019
This book showcases an approach to expand the...

2017
This report provides a synthesis and summary of...