This study builds upon the Life-Cycle Cost Approach (LCCA) developed by IRC during its 4-year WASHCost project (2008-2012), which collected and disaggregated expenditure data over the full life-cycle of WASH services including costs per capita, costs per type of technology and comparing these to the services delivered to users. That information is used to improve cost effective and equitable service delivery.

The approach has been widely applied already in “regular settlements”. It was originally created and implemented in rural and peri-urban settings in four countries (Andhra Pradesh (India), Burkina Faso, Ghana and Mozambique) and applied since by governments, INGOs, bilateral aid agencies and IRC, adding up to over 80 organisations worldwide. Now the UNHCR (the UN Refugee Agency) has shown interest in adapting and applying the methodology in a refugee context. The methodology will be applied throughout 2014 in two refugee camps, most likely one in Ethiopia and one in Chad. 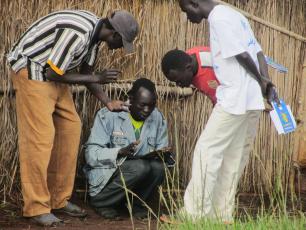 A methodology to cost water services in a refugee context

Life-cycle cost approach has been adapted to cost the provision of water services to refugees in...

Clean water, sanitation and hygiene are of critical importance for the people living in camps, but...

On April 15, 2014, the UN Refugee Agency (UNHCR) and IRC have started a collaboration to pilot the... 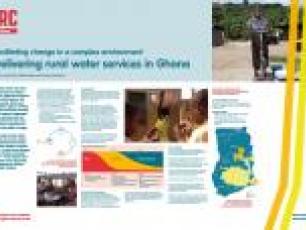 On pilots and going to scale

In 2014, the UN Refugee Agency (UNHCR) and IRC have started a collaboration to pilot the life-cycle cost approach in the context of refugee camps. 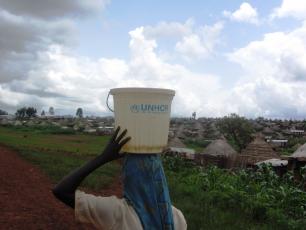 Water provision is one of the most complex services to be provided and maintained in a refugee camp. Given the fact that water is essential for...

In an on-going study in partnership with UNHCR, IRC is setting-up a methodology to measure the cost of providing water services to refugee population. 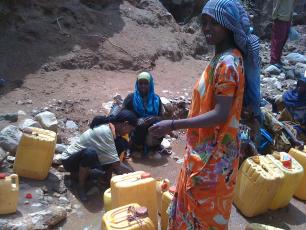 Is it relief or is it development?

Search and explore all 3 resources here

Analyzing the cost of water provision in UNHCR refugee camps

2015
How the life-cycle costing approach can be...

2015
The report provides insights on the cost of...

2014
This report, commissioned by UNHCR, presents a...