Wassa East was one of the three selected districts where successes and challenges in the provision of water and sanitation services were collected.

Wassa East in Western Region is an overwhelmingly rural area with a population of more than 105,000 people. The district was facing a water crisis in 2015. About six out of every ten water facilities were non-functional, and payment systems had largely broken down. The District Assembly launched a Sustainable WASH for All programme to improve both water coverage and sanitation and looked for partners to help them. 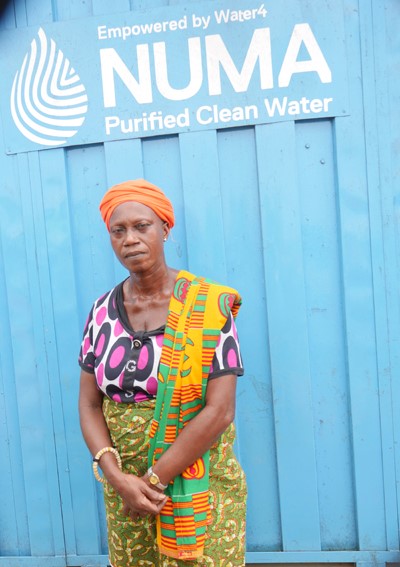 In 2015 the Assembly signed a Memorandum of Understanding (MoU) with Access Development, a limited liability company in Ghana established by the international NGO Water4. Access Development provides NUMA purified water in communities which sign an agreement for a 'pay-as-you-fetch' system. NUMA water has become a powerful selling point for a growing number of communities, showing that people will pay for water when it is convenient and safe.

Four years ago little over half of the population of Wassa East (56%) had access to safe water. Today the figure is 75.5% and the district is aiming for 90% coverage by the end of 2020. The District Assembly expects to cover the other 10% of communities through its own efforts by the end of 2023.

A Community-Led Total Sanitation (CTLS) programme was launched in 15 communities in conjunction with the Community Water and Sanitation Agency. By March 2020, 6 of the 15 communities had been declared open defecation free. But safe sanitation levels remain very low in the district.

Access Development and the District Assembly will in future also focus on schools, most of which lack water or sanitation facilities.