World Water Week: IRC looks back on this year’s conference

RT @IRCWASH: Save the date! Join leading youth climate and water activists and experts for an inspirational agenda we can all help drive fo…

Positioning our work to champion sustainability and equity, and to catalyse change towards our vision of universal access by 2030. 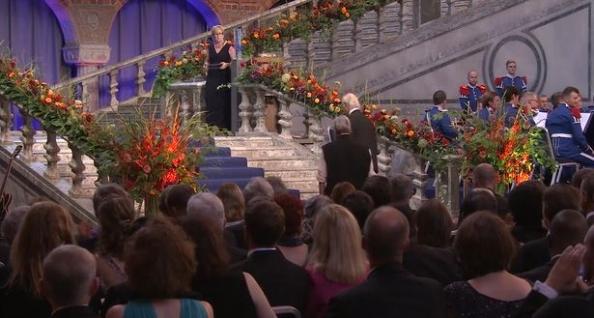 World Water Week is an opportunity for academics, governments, NGOs and the private sector to meet, debate, and discuss solutions to the global water and sanitation crisis. This year the theme was Water for Development. A week has now passed since 3,300 delegates from 130 countries assembled in Stockholm to scope out solutions to the world's most urgent water and development challenges. The many sessions and events left us all with much to think about most notably how best to position our work to support sustainability and equity, and to catalyse change towards our vision of universal access by 2030.

IRC is supporting the proposed UN Sustainable Development Goals (SDGs) to ensure universal access to safe water, sanitation and hygiene by 2030. As we near the SDGs, the question of how this can be achieved has been in the front of everyone’s mind at this year’s conference.

To meet the SDG goal 6 by 2030 we have to achieve an unprecedented degree of innovation, collaboration and alignment. IRC together with WaterAid, Water for People and Aguaconsult have set to make a fundamental change in the way we work in the sector. (Read the joint principles).

The existing Millennium Development Goal (MDG) to reduce the proportion of people without access to safe water by half has been met. But let’s show the scope of the challenge- there are 2.5 billion people without access to sanitation, 750 million without clean water, at least a billion who defecate in the open and appalling levels of breakdown and failure of existing infrastructure. What is often forgotten is the projection that the world will have an additional 1.5 billion people by 2030 and almost all of them in the developing world. All this is estimated to cost about US$47bn a year, according to the World Bank.

With all the efforts, sanitation still holds the uneasy title of the most off-track MDG. It's clear that current approaches to providing sanitation are not delivering at scale. This is holding back human and economic development, and proper or effective treatment of human waste.  Change needs to happen.

IRC believes that we have to put money into building systems, and deliver a positive change in the sector. This needs a system-wide approach that tackles all dimensions – from policy, financing, institutions and other key building blocks of the WASH sector as a whole.

2030 is closer than you think. We have to get the next five years right, if we’re to meet the target of universal access to Water, Sanitation and Hygiene (WASH) by 2030.

The next five years are crucial to target the finance required for a world where everyone has clean water and a safe toilet.

IRC and its partner sessions

The week in quotes:

“Fragile states will not reach the SDGs by 2030…” Stef Smits, IRC

The SDGs have the target of reaching universal access to water and sanitation by 2030. But can this target realistically be achieved in the most difficult of settings: fragile states? We all know that delivering good WASH services requires good governance, local authorities with a reasonable level of capacity, an adequate mix of financing mechanisms and a strong enabling environment. All these elements are by definition lacking in fragile states. And our projections indeed show that fragile states are not likely to reach the SDG for water and sanitation.

At the SuSanA session: Antoinette said, we need more financial literacy in the sector in order to facilitate meaningful dialogues. Many sessions emphasised the need for dialogue between duty bearers (service providers and authorities) and rights holders (users claiming access to WASH services). But for these dialogues to be meaningful, they need to be fed with data: both about the service level users are getting, and about the money involved, the investments made and the use of tariffs for example.

“Sanitation is an issue of public health - governments have to take responsibility”.   Lewis Tempel, BRAC

John from a session on Rural sanitation markets in India held on 22 August 2015.

"There's nothing wrong with counting new people served – as long as that's not all you count!"

As someone said during a breakfast meeting on ‘the Agenda for change’ organized by Water Aid, IRC, Water for People.

“We have to put money into building systems. We need to redouble our efforts on building the messaging and evidence base for system strengthening.  Emphasizing that engaging government is not only the “right” thing to do – but that increasingly we know how to do it and can measure the effectiveness of doing so”. Patrick Moriarty, IRC

Patrick at the Agenda for change breakfast meeting held on the 27 August in Stockholm.

"Goals should be considered met only if all groups have been reached". Catarina de Albuquerque, Sanitation and Water for All

Patrick about the importance of WASH in health centres and schools.

“We have less budget for development cooperation, but with the new approach of the WASH alliance we can still achieve more”.

"The WASH alliance has been set up to be sustainable and inclusive. So it is not only about the number of people that are reached, but it is also the quality that counts". Pim van der Male, Dutch Ministry of Foreign Affairs

Pim during the session of the WASH Alliance International (see Accelerate WASH).

Dick about how to finance the SDG for WASH.

Ewout during the Re-thinking governance session.

"To be able to create such a local market it is absolutely vital to include businesses, governments and citizens. All have to work together effectively". Ariette Brouwer, Simavi

Ariette at the launch of WASH Alliance International’s new approach, a system of creating demand for water and sanitation so local entrepreneurs can step in and start a business, such as a water kiosk or a service to empty pit latrines.

“Government support, legislation on supervision and regulation, as well as good projects are three essential criteria for the success of a financial institution”, Catarina Fonseca, IRC

Catarina says at the session (27 August) on using water banks to unleash investors money into the WASH-sector. This session was organized by the British Department for International Development (DFID), the Dutch Ministry of Foreign Affairs, the World Bank, Unicef and WHO.