On World Toilet Day, IRC presents its ideas how to 'systemically change sanitation in cities'. A new working paper marks one of the first steps in finding answers on how to reform a sanitation sector, which is failing a large part of the urban population. 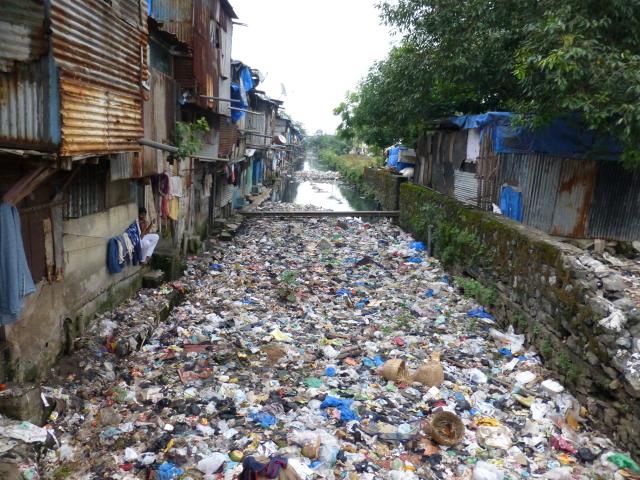 While more people in cities have access to toilets than in villages, both wastewater and solid waste remains largely untreated. Take Dhaka, the capital of Bangladesh: 99 percent of the population use toilets but according to Water and Sanitation Program (WSP) a staggering 98 percent of their waste is dumped untreated in the enviroment [1].

On World Toilet Day, IRC presents its ideas how to tackle sanitation in cities. A new working paper "Towards Systemic Change in Urban Sanitation" [2], marks one of the first steps in finding answers on how to reform a sanitation sector, which is failing a large part of the urban population. The problems in urban sanitation range from lack of facilities to lack of public funding and messy politics in urban governance.The root causes are systemic and technology alone is not the solution.

In the paper IRC argues that sanitation is a public good and is therefore a public responsibility. This does not exempt households from their responsibilities, or exclude private businesses. However, there is a strong need for governmental agencies to lead a reform in urban sanitation. At the same time, IRC proposes a process of change leading to a sector that is self-reliant, trusted by citizens and private parties, and able to respond to current and upcoming challenges.

You can join the discussion on urban sanitation with Giacomo Galli, the author of the working paper, on his blog post.

World Toilet Day is a global campaigning day where many organisations in the water, sanitation and hygiene sector collectively call to take action. Jointly they raise awareness on the 2.5 billion people who lack access to sanitation, the 1 billion people who have to defecate in the open and the women and girls who are particularly at risk because of this situation.

The Urban Sanitation Development Program (USDP) (2010-2014) focuses on 330 cities in Indonesia. IRC provides technical assistance together with Royal HaskoningDHV/MLD and works with Indonesian consultants in providing technical assistance to the Ministry of Health on health, gender and poverty aspects of the programme.IRC trainee Giacomo Galli, who visited the programme in August 2014, gives an overview of the programme and discusses the unrsolved problems related to faecal sludge management.

Below you will find recent resources published by IRC on sanitation. For a full overview of what we do on sanitation see our topic page.