Water will underpin progress on all SDGs

Stockholm's story exemplifies the typical issues surrounding water and underscores the argument that water is key to development, most especially to the SDGs. 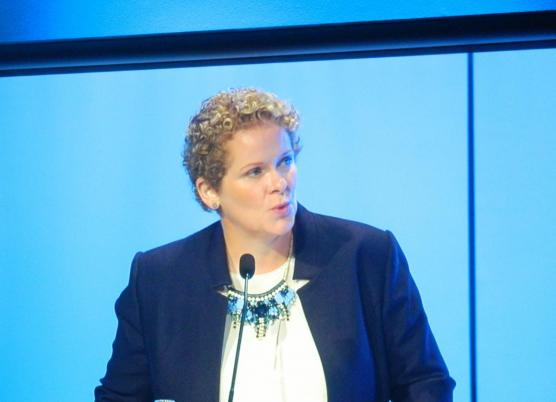 "Stockholm is a city of water, located on several islands. One third of Stockholm is fresh water. Water has been at the centre of Stockholm’s industrialization and growth since the city’s establishment in the thirteenth century. Water has always been a key factor in the city’s policy-making and a vital part of its day-to-day life. Today, Stockholm is ranked as one of the cities with the best water in the world. But it hasn’t always been like that. There was a time around the 1950s, when all the water around Stockholm was so dirty that residents could not even swim in it. Rapid population growth affected the quality of water around Stockholm. Thanks to forward-thinking decision makers, who invested in the betterment of water around the city, the situation changed. They invested in resilient technologies and took deliberate steps to safeguard water supply. Stockholm still faces some challenges, particularly to do with the ecological and chemical situation of water ways in the city. But the city dwellers and leaders are not resting". They continue to work hard to continuously improve the water situation in the city.

The story of Stockholm was on Monday morning told by the Stockholm City Mayor Karin Wanngard, who was speaking at the opening plenary of the World Water Week (WWW) 2016. Stockholm’s story exemplifies the typical issues surrounding water and underscores the argument that water is key to development, most especially to the SDGs. Not surprisingly, the opening of the 2016 World Water Week was defined by a call to prioritise water as the key factor that will underpin progress on all SDGs. Keynote speakers each addressed a wide range of key issues affected by water.

Gender – women and the girl child: Women and children are still most affected by lack of access to safe water. Sweden’s Minister of Foreign Affairs, Margot Wallstrom observed that women and girls in the world still experience inequality in terms of rights, representation and resources. “In many countries, girls aged 15 are twice as likely as boys to be the ones in charge of collecting household water,” Wallstrom said, emphasizing that access to WASH has a direct impact on the health and security of women and girls. Wallstrom spoke passionately about MHM and echoed the view of other speakers who agreed that: “It is time to see the gendered effects of conflict, poverty and scarcity of basic resources.”

Improvements over the years are undeniable, but there is still a lot of work to be done. SIWI Executive Director Torgny Homgren observed that there is greater representation of women, even at the ongoing WWW event where over 40% of participants are women. “There has been a view that the sector is male dominated, but this is changing. We still have a lot of work to achieve gender equality in the water sector,” Homgren said.

Children: Speakers also emphasized the need to provide children with adequate water. The Mayor of Stockholm Karin Wanngard, noted that for many children in the world, dirty water is the reality. “Every child should grow up with access to clean and safe water. This is a responsibility for cities and states in the world,” she said.

Health: Key speakers also reaffirmed that safe water is fundamental from a health perspective.  Using the plane crash analogy, Professor Joan B. Rose 2016 Stockholm Water Prize Laureate said that continuous health outbreaks of typhoid, cholera and other diseases, are the plane crashes of the water sector and that faeces are the real threat to water security. She observed that sanitation is not just about toilets – it is about managing other aspects like watersheds and water treatment. “1.5 billion people in the world lack access but indeed this affects about 5 billion people,” Rose said. She expressed concern that practitioners have the knowledge but cannot take action because of inadequate political will, resources and human capital. She called for more professionals to join the water sector. “We need many professionals to come to the water field – engineers, climatologists, micro biologists, hydrologists and many more.”

Climate change was identified as an urgent issue, which is already threatening water security, for the current and future generations. Minister Margot Wallstrom observed that the current water crisis and climate change are closely interlinked. “Climate change is not something that will happen in the future to someone else. It is affecting all of us now,” she said. Climate change also threatens global security as it catalyses tension leading to poverty and competition for scarce resources. “Climate change threatens to undo decades of development,” Margot noted.

Water security: The OECD Secretary General, Angel Gurria said that the challenge of water security is real and growing. “As the global population increases so will the tension among water users. Climate change only adds to the uncertainty,” he said and called for the application of OECD principles on water security.

Interdependence and cooperation: Speakers further re-echoed the call for increased cooperation among the international community in order to manage water resources effectively. “Water is the true weight of measure of how we are interdependent,” Minister Wallstrom said, adding that transboundary water resource management can indeed be a source of cooperation. Using the example of Sweden, Mayor Wanngard said that the Baltic sea which is under threat from pollution can only be saved through international cooperation.

In a world that is characterized by humanitarian catastrophes, refugee crises, rapid population growth, and natural disasters, growth cannot be attained by one single actor. Thus, a key message coming from the WWW opening was the need for increased cooperation and joint action. “Sustainable growth is something we pursue together,” said SIWI ED Torgny Holmgren said. For the mayor of Stockholm, it is all about how this generation behaves. “Technologies are not enough. We need to change our way of life to ensure that future generations can enjoy clean water as we do today,” Mayor Wanngard said. 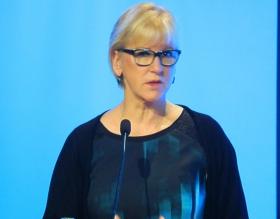 Minister Wallstrom called for a broader range of actors to push the development agenda forward, and not leave it to development actors alone.  “The implementation of Vision 2030 is a responsibility for all countries,” she said and reiterated Sweden’s commitment to international development working through all available frameworks like the United Nations system, the European Union, the OECD among others.

“We are all united by one thing – our passion to contribute to a water-wise world,” SIWI Executive Director, Homgren said.

The World Water Week, now in its 26th Edition, will take place from 28th August – 2nd September 2016 at the Stockholm City Conference Centre under the theme: Water for Sustainable Development.