Reaching 100 percent sanitation access in Ethiopia – Can it be done?

Ethiopia's Ministry of Health has, together with partners, developed a national market-based sanitation training manual to properly implement the guideline on the same topic.

This article is written by: Abireham Misganaw, Federal Ministry of Health 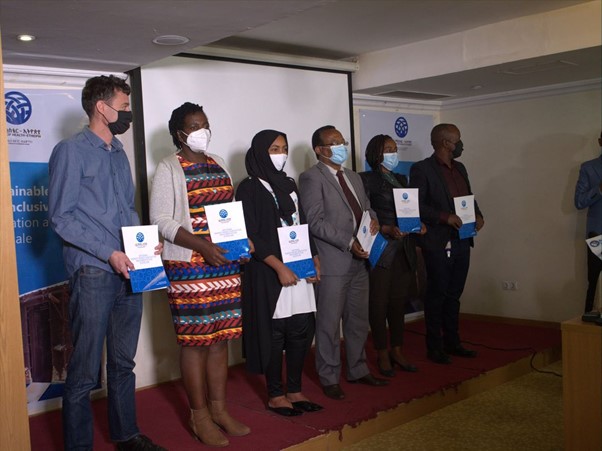 The Ethiopian Ministry of Health, in collaboration with non-governmental partners, recently developed and launched the National Market-Based Sanitation Implementation Guideline. According to Dr. Dereje Duguma, State Minister of the Ministry of Health, ‘’The guideline aims to facilitate the development of sustainable sanitation and hygiene markets whereby households have access to a broader range of quality, affordable and preferred basic sanitation and hygiene products and services from private-sector suppliers at accessible delivery outlets.’’

Since November 19, 2020, the Ministry and the USAID Transform WASH project have been delivering a series of training sessions for trainers from 30 regional and other WASH sector organisations as part of their support for a market-based approach to sanitation. So far, a total of 114 woredas (districts) have received training (24 in the Amhara region, 13 in the Southern Nations Nationalities and Peoples region (SNNPR), 45 in the Oromia, 10 in Somali, eight in Sidama, four in the Gambela, six in Benishangul Gumuz, and four in Dire Dawa municipality).

The Ministry of Health is planning to strengthen market-based sanitation by:

In the second Health Sector Transformation Plan, the Ministry of Health aims to increase the proportion of households with access to basic sanitation services from 20% in 2019 to 60% in 2025, through market-based hygiene, sanitation and environmental health facilities and an inclusive market-based approach.

Reaching 100 percent sanitation access in Ethiopia – Can it be done?