Southern NGO BRAC and its global initiatives: an inside look

The largest NGO in the world, BRAC headquartered in Bangladesh, applies its development aid concepts outside Bangladesh in ten countries around the world. The silver bullet? Building on the strength of each individual. An interview with Petra Costerman Boodt, BRAC International's Resident Representative Fundraiser in The Netherlands, on aid, on 'giving', and the international opportunities for BRAC. 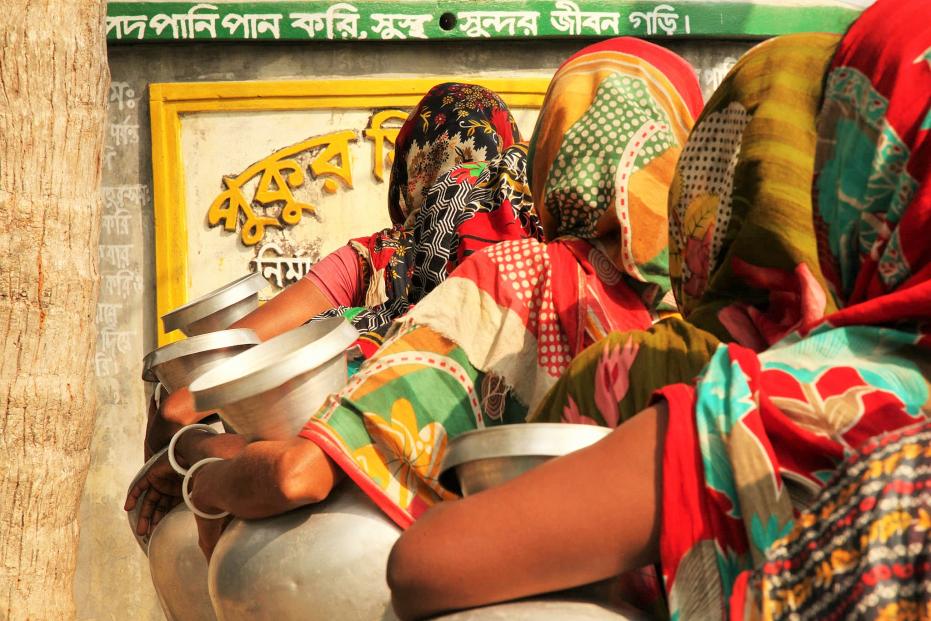 BRAC does two things differently from other NGOs: running an NGO as a business while trying to change the social context of poverty. The results in Bangladesh are astounding.

Let’s zoom in on WASH for instance. From 2006 to 2015, BRAC and IRC cooperated in a WASH programme in Bangladesh. The two NGOs helped over 39 million people get access to hygienic latrines and 2.3 million people get access to safe drinking water across 250 sub-districts of Bangladesh. And, open defecation reduced from 34% in 1990 to only 1% in 2015.  The programme became a beacon for progress on sanitation and hygiene in the region and globally, with community mobilisation, behaviour change, gender inclusion and equity as essential ingredients. The million dollar question now is: did BRAC achieve similar results outside Bangladesh?

Where are we coming from?

BRAC’s mission is to empower people and communities in situations of poverty, illiteracy, disease and social injustice. It currently reaches an estimated 138 million people - a global movement bringing change to 12 low-income countries in Asia and Africa.

BRAC started in 1972 in the newly sovereign Bangladesh as a rehabilitation project to help returning war refugees after the Bangladesh Liberation War. It finally grew in to a structure for sustainable aid with the aim to raise people out of poverty. In other countries, including Pakistan, Afghanistan, Nepal, Myanmar, South Sudan, it also started as emergency response, and it stayed to fill a gap that a failing or absent government left open.

Going global has resulted in establishing BRAC International working on interventions which aim to alleviate poverty on a large scale through economic and social programmes. A formal Stichting BRAC International was registered in 2009 where so much support was received in the past: the Netherlands. All operating entities outside of Bangladesh are governed and managed by the Stichting (Foundation). Currently, BRAC International is transporting its successfully implemented systems to countries such as Tanzania, Sierra Leone, Liberia, Uganda and the Philippines.

Petra Costerman Boodt, BRAC International’s Resident Representative Fundraiser, holds office in The Netherlands at the International Water House in The Hague. “Our aim is to bring BRAC’s successful approaches from Bangladesh to the other countries where we work. Why not go for clean drinking water and hygienic sanitation for all in for instance Uganda, Afghanistan, Myanmar or South Sudan? ” she says.

“With eighteen years of experience in the development sector - including VSO, Care, Terre des Hommes, UNHCR – I started to notice that if we really want to fight poverty, we have to look at the country level. You can train thousands of teachers, but when change is not embedded in a national curriculum, the risk of short-term change is too high. Working with national governments from the onset is key. Scale is everything for BRAC: We specialize in taking an idea, testing it, perfecting it, replicating it – and then scaling it up to reach as many people as possible. At the same time we do not lose sight of the individual. At BRAC we believe that people are not the problem, they are the solution.”

At BRAC International this is different. It is an international organisation rooted in Bangladesh, registered in the Netherlands, operating in 13 developing countries, and at the same time the ‘local partner’. This provides a nice playing field within the international community, and it brings programme development, finance, and implementation together.”

Also, it is an advantage for an NGO to have roots in the South. Petra Costerman Boodt: “I spoke with a high official in Afghanistan in March, who said that working with BRAC was like working with a brother; a neighbour with the same DNA and knows how to bring lasting change to people who need this”.

The question is whether the Bangladeshi NGO can thrive from a finance perspective as well overseas and in neighbouring countries as it does at home. BRAC aims for high (social) returns on investment and raise money through starting up social enterprises and linking them to development programmes. Currently, 23.3% of BRAC’s overall financial needs are fulfilled by various donation/external sources while the remaining 76.7% is financed internally by BRAC from the surplus of its enterprises and the dividend from its investments.  With this model, BRAC globally wants to become 100% self-financed in future.

But before BRAC International’s programmes will be generating sufficient own funds, the NGO relies heavily on external funds. To create an infrastructure in a country and get teams of local staff going, quite a substantial sum of money is needed for lasting and sustainable impact. For BRAC International a self-financing model is still a long way off.

Frequently BRAC is filling a gap for an absent or failing government, but at what point does government take over? This is the hard part and often the missing piece of the puzzle. For what government can take over effective educational and health care systems, without having a proper infrastructure to raise tax and sustain those services?

Petra Costerman Boodt: “Public opinion often dictates that governments are responsible for provision of social services such as health care and education. But why can this provision not be the responsibility of other parties – such as NGOs and social enterprises like BRAC?  Always with the proviso that governments remain responsible for quality and accessibility for everyone. BRAC will work within the framework of standards provided by the governments, but will at the same time be responsible for a great of deal of implementation. It fills the gaps no one else cares to fill.”

There is still a lot of work to be done. “What I hope to do is to convince, not only the Dutch WASH sector, but also others, to work with a southern organisation like BRAC. Working at scale, reaching out to people living in poverty, using tested methods, and creating lasting change as a social entrepreneur.  A high social return and impact must be worth the investment.”