Sanitation: what are the problems?

Why are so many developing countries doing so badly in providing all their citizens with good sanitation, asks Prof. Duncan Mara, University of Leeds? The technical solutions and finances are available, but aid agencies need to focus more on technical training and technical assistance. 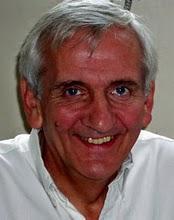 Why are so many developing countries doing so badly in providing all their citizens with good sanitation? Why are they not investing in sanitation? Are they not very concerned about the resulting morbidity and mortality? There have been many fine words, of course, as evidenced in the Declarations of all the various recent Regional Sanitation Conferences, but not that much subsequent action.

It can’t be because there aren’t any good sanitation systems. We all know (or we all should know) what systems are appropriate in what situation for example, my choices would be:

Not many options, so not really that difficult to understand them all.

So why aren’t these systems being implemented on the scale required? It can’t be because there isn’t the money because any development bank will fund a well prepared proposal to improve sanitation access by the urban or rural poor (funds are even available to help governments prepare such projects). So what is preventing developing countries doing better?

Some countries have done really well – for example, Malaysia and Thailand in 2008:

Have these two countries done so well because they ‘think clean’ and have ‘invested in clean’? There are quite a few countries that don’t seem to be thinking clean – at least as evidenced by the numbers of their citizens who are open defecators: in 2008 there were 27 countries in Africa with over 20% of the population having to defecate in the open, 8 in Asia and 2 in Latin America and the Caribbean (the developing-country average was 21%). Some countries have tackled open defecation rather well – for example, in Viet Nam only 6% of the population practised open defecation in 2008, compared with 42% in 1990.

So what is stopping other countries doing as well as Malaysia and Thailand? Why do they not think clean? Well, judging by their poor record of action, senior politicians and senior civil servants do not seem to think that thinking clean or investing in clean is that important (and, of course, there can be no solutions without political solutions). Another huge problem is the technical ignorance of local engineers who are generally paid too little to be motivated to correct this. And, of course, there’s too much corruption in general and in the water and sanitation sector in particular.

How can bilateral and multilateral aid agencies best help developing-country governments do more? My opinion is that development aid in the water and sanitation sector should concentrate on the provision of technical training to close the sanitation knowledge gap that currently hampers sanitation planning and implementation. The development banks should do what they currently do (or should be doing) – providing good technical advice and loans for really well prepared projects – but on a much larger scale. All other development aid should be output-based aid and reserved for those countries which have excessively high numbers of open defecators. We have to tackle the ‘Bottom Billion’ first.