Recognition of the Dutch government's support to Ebola

The governments of Liberia, Sierra Leone and Guinea thank the Dutch government for its support

In June this year the World Health Organisation (WHO) declared the end of the most recent outbreak of Ebola virus disease in Liberia. This announcement came forty-two days after the last confirmed Ebola patient in Liberia tested negative for the disease for the second time. Guinea, Liberia and Sierra Leone then entered a 90-day period of heightened surveillance to ensure that any new cases are identified quickly and contained before spreading.

Combatting ebola crisis was an effort of many dedicated people and organisations from all over the world. The Dutch Ministry of Foreign Affairs (DGIS) as one of them and was already supporting large scale programmes to improve water and sanitation (WASH) services in these countries. During the ebola crisis, the Ministry diverted $20 million from its WASH programme to provide emergency response and assistance to UNICEF and the governments of the affected countries. This money was used to provide medical care, training and household protection kits. Additional funding for the same amount was then given to replace the diverted funds and aid in post-crisis recovery. 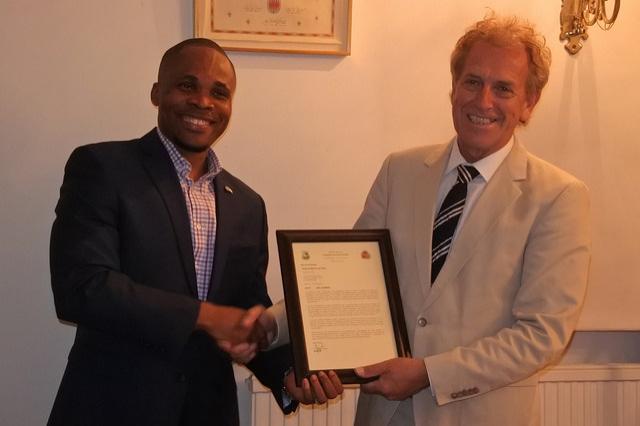 Dick van Ginhoven, Senior Advisor Water and Sanitation, of the Ministry of Foriegn Affairs (DGIS) has long been on the forefront support of efforts to combat Ebola outbreaks in West Africa. With the Dutch contribution to halt Ebola in Guinea, Dick has worked closely with Unicef WCAR office to realise this over the past years.

At the World Water Week in Stockholm, a small side event was held at  the residence of the Netherlands Ambassador in Stockholm Ms. Ines Coppoolse, who together with Dick van Ginhoven received the certificate of congratulations and thanks from the governments of Liberia, Sierra Leone and Guinea. The certificates were presented by Kelly Ann Naylor, regional WASH advisor at UNICEF and William Gyude Moore, Minister of Public Works, Liberia. 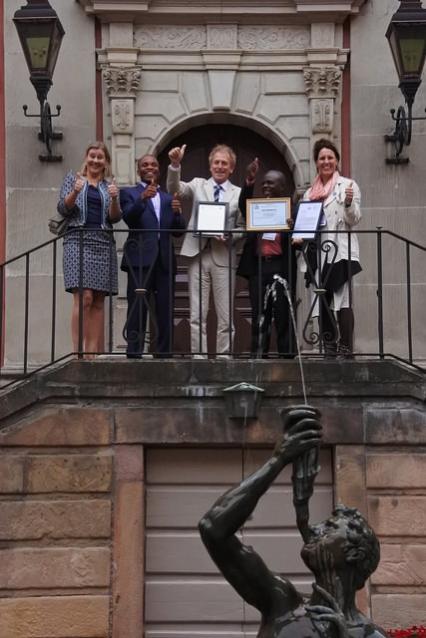 Organisations have continued to work with the Governments of Guinea, Liberia and Sierra Leone to help ensure that survivors have access to medical and psychosocial care and screening for the persistent virus, as well as counselling and education to help them reintegrate into family and community life, reduce stigma and minimize the risk of Ebola virus transmission.

WHO press release on Ebola
About Ebola