One Drop reaffirms its support to the municipality of Banfora

Partners commit to help the municipality of Banfora roll out its strategic plan during a workshop.

The municipality of Banfora organised a consultation workshop on 14, 15 and 16 May 2019 for the definition of a new project co-financed by One Drop, Hilton and local partners. This new project, complements the CRS project (Saniya SO Project) funded by the Hilton Foundation, will take into account all the health facilities and schools in the district. Scheduled to begin in April 2020, it will be spread over a period of about three years.

In March 2018, the district of Banfora developed its strategic plan for drinking water and sanitation services (PSC-AEPA) on a participatory basis to become a national reference for sustainable drinking water and sanitation services. It benefited from the support of local, national and international partners such as IRC, the Hilton and One Drop foundations for the development and planning phases. It was therefore natural for the municipality of Banfora to look again towards its partners for the implementation phase, and discuss this co-financed project during a three-day workshop in Ouagadougou.

A satisfactory balance sheet and new paths for the future

During these three days of discussions, the municipality reviewed with its partners the support it has received so far and presented its ambitions for the future. In terms of results, it emerged that the One Drop and Hilton foundations financed two WASH (drinking water supply and sanitation) projects between 2012 and 2018, which are "PEHC" and "Grand Ouest". These two projects were developed using innovative approaches and they provided lessons that were shared with participants.

An analysis of the coherence of the actions carried out in relation to the strategic plan followed the assessment. Similarly, great attention has been paid to identifying strategic actors for the implementation of potential actions to be funded by One Drop, Hilton and the various partners from 2019 onwards, while specifying their roles, responsibilities and the modalities of their participation. In addition, clarifications were provided on the conditions for formalising relationships between the various partners and the City Hall for the implementation of new actions.

New directions for the new project

The conclusion that emerged from the discussions is that the municipality of Banfora would like to give new directions for the project. It is about taking into account all the health facilities and schools in Banfora. Emphasis will be placed on behaviour change at the community level and social art will be used as an approach in all areas and for all targets. In addition, actions oriented towards "access to capital" will have to be developed to support the local economy.

We must take sustainable actions!

Principles have been set out to make the actions carried out by all stakeholders in this project sustainable. These principles include respect for the authority in charge of providing drinking water and sanitation services, the participation of all stakeholders, the empowerment of the authority and the importance to create a need for behaviour change to achieve results. In addition, emphasis must be placed on aid effectiveness and the quest for sustainability in the development action. 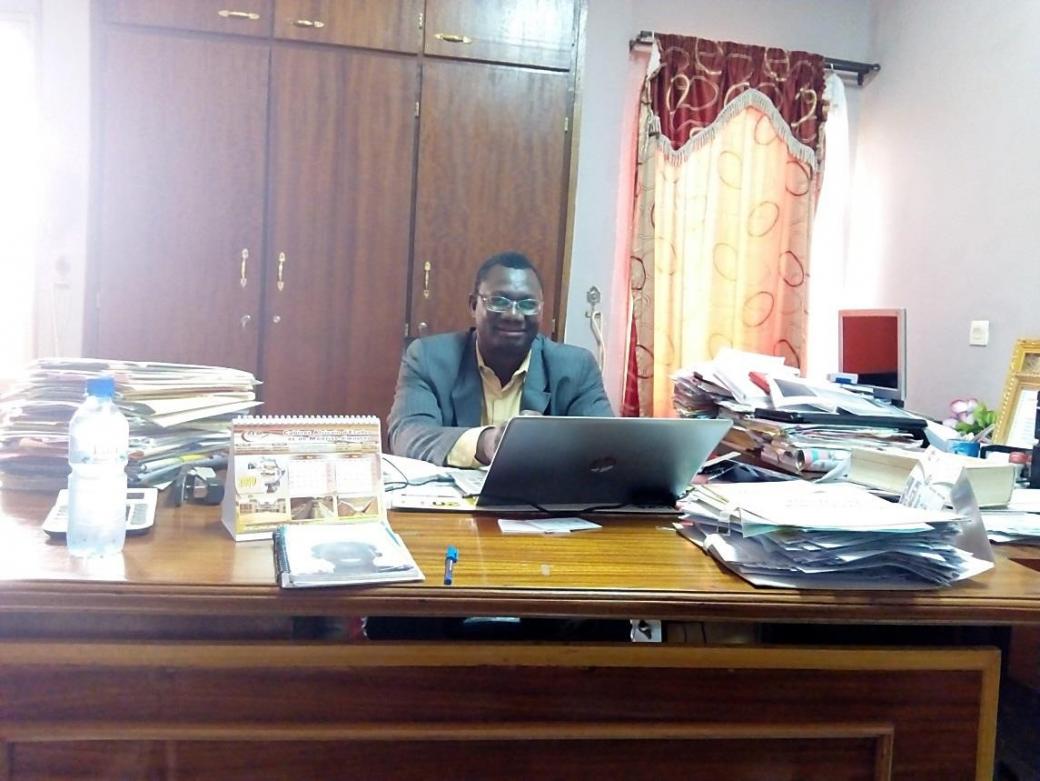 “We greatly appreciate One Drop's approach, which first came to us to understand our needs and expectations. And we were pleased to see that One Drop was willing to take our concerns into account throughout their support. We would like to request from all our partners to support the municipality so that we can handle the post-project activities for sustaining their investments,” explained the mayor of Banfora.

At the end of the meeting, One Drop and CRS made a commitment to help the municipality resolve the difficult issue of sludge management. In addition to IRC's ongoing support, WaterAid is firmly committed to supporting the municipality.

Recommendations for the municipality

Recommendations were formulated by the partners to the district for the successful implementation of the WASH strategic plan. With regard to this, it was suggested to update service levels according to the JMP (WHO/UNICEF Joint Monitoring Programme) standards, to operationalise the municipal monitoring and evaluation system and to increase the frequency and exhaustiveness of accountability towards elected officials, the community and partners. In addition, emphasis must be placed on the involvement and coordination of all stakeholders. Finally, it was suggested that the principle of signing agreements between Banfora and its partners will be implemented.

The strategic plan of Banfora is being implemented since March 2018 with the ultimate objective of ensuring access to drinking water and sanitation for all social strata. The municipality benefited from the support of the government and international and local partners from the design stage of the project. This is why it brought its partners together again for a three-day workshop to discuss this new project co-financed by One Drop. It was an opportunity to assess the road travelled and make decisions for the next stages of the project.