A meeting was held to assess the progress of the WASH master plan of Banfora.

On July 13, 2021, water and sanitation sector actors of Banfora met to assess the status of the budget work plan (PTAB) 2021 linked to the WASH master plan and to set a new focus for the rest of the year. The meeting was held in Banfora under the co-chairmanship of the Governor of the Cascades region, Kouara Apiou-Kaboré, and the second deputy mayor, Siaka Soulama, representing the mayor. 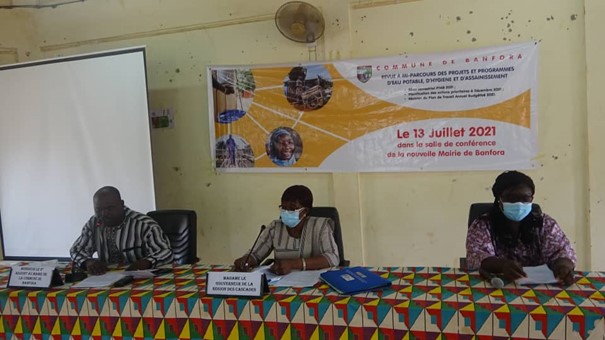 This meeting was an opportunity to critically discuss progress made so far and to propose concrete solutions for an integrated and coherent approach for implementation and monitoring of WASH projects and programmes in Banfora in the first half of 2021.

After expressing her gratitude and encouragement to the partners that support the commune of Banfora in the implementation of the WASH master plan, the governor of the Cascades region, Kouara Apiou-Kaboré, underlined the importance of this exercise which according to her is vital for effective implementation of the project. 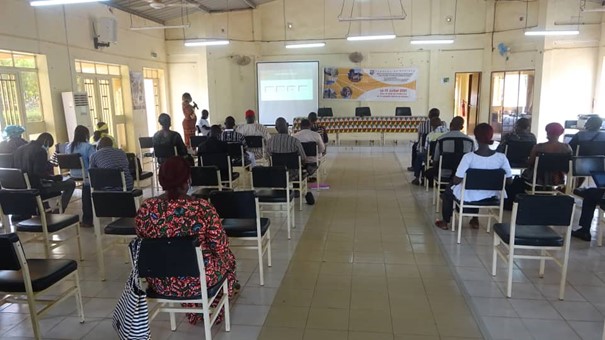 After six months of operation, the PTAB 2021 has achieved physical and financial implementation rates of 15% and 5% respectively. This was achieved through the combined efforts of Catholic Relief Services with its SaniyaSo and Ji Saniyani projects, Espace Culturel Gambidi with its SaniyaSo+ project, ONEA, WaterAid, OXFAM and IRC.

The results are visible in the field as 31 handpumps have been constructed in villages, 134 individual connections in urban households and 3 stand-alone water stations, the start of a simplified drinking water supply system and the rehabilitation/extension of the Siniéna drinking water system, including the construction of standpipes. There are studies underway for the construction of two new autonomous water points, awareness campaigns on the conservation of water quality at home during preparatory meetings with the Water User Associations (WUAs), social implementation meetings for the construction of new boreholes, awareness activities for putting an end to open defecation in two villages (BODADIOUGOU and TIEMPAGORA). The construction of 187 VIP latrines, 194 shower sumps, 5 sump pits, the rehabilitation of 37 latrines, the sensitisation of managers of economic units on the standards of WASH equipment during inspection visits for health certificates, the holding of half-yearly meetings between the WUAs, the caretakers and the Town Hall to plan preventive visits and the support of women's groups in the production of hygiene products for health structures, public places and any other needs.

We can conclude from the performance, which did fall short of expectations, that as usual the focus was on drinking water, particularly the construction of handpumps and boreholes. However, the efforts of some partners that attach great importance to the construction of large works (drinking water supplies, water stations) and private connections should be welcomed, with the proviso that focus should not only be on infrastructure but on all parts of the WASH system as IRC has been advocating for for some time now.

For the second deputy mayor, Siaka Soulama, it is important to accelerate the implementation of a sludge treatment plant in the municipality of Banfora to considerably increase the level of sanitation services and achieve the municipality's ambitions by 2030, i.e., a service managed in complete safety for 70% of the drinking water and 100% of sanitation targets.

A timely plea was made by IRC to the commune to include a drinking water and sanitation line in the communal budget. The result is that, while waiting to find an appropriate way to include a budget line for WASH because of the somewhat complex arrangement of the communal budget, the mayor of the commune, Aboubakar Hema, has committed to releasing annual funds for the implementation of actions related to water and sanitation, including the regular holding of mid-term and annual reviews in the coming years. This decision, which was praised by all the actors who are impatient for its implementation, reflects once again the commitment of the municipal authority to the WASH sector. 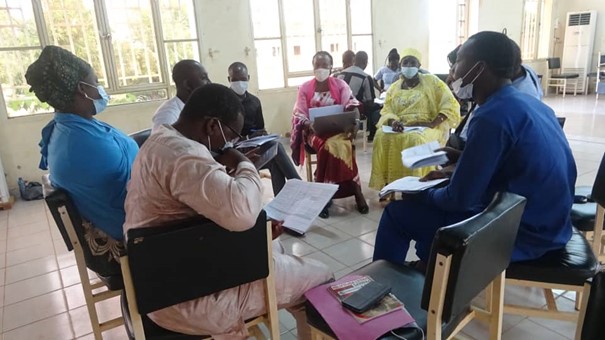 The actors present at this meeting, religious and traditional leaders, decentralised state services, civil society organisations, territorial administration, local press, active members of the municipality, technical and financial partners such as the Catholic Organisation for Development and Solidarity (OCADES), IRC, Catholic Relief Service, OXFAM, WaterAid, the Regional Directorate for Water and Sanitation of the Cascades region (DREA), the National Office for Water and Sanitation (ONEA) and Espace Culturel Gambidi are aware that efforts must be increased to raise the implementation rate of the master plan.

Therefore in the second half of 2021, there are plans to rehabilitate a water point in a health centre, acquire a mobile water analysis kit to monitor water quality in rural areas, build 4 school latrines and 4 public latrines, build 2 blocks of latrines in 2 schools, 5 blocks of showers in 5 health centres, 11 incinerators and 11 ash pits, and 10 cooking areas, the construction of 9 standpipes in the ONEA zone, the training of caretakers and WUAs on a business plan (operating account) for the handpumps, the signing of management agreements for sanitation facilities with health centres, schools and places of worship, the sensitisation of the population through appropriate communication channels on the standards to be respected in terms of WASH and the penalties incurred in the event of non-compliance and the extension of the distribution networks by 7 km in the ONEA zone.

At the end of the workshop, Mr. Soulama was pleased with the progress made, despite the difficult context, and invited all sector actors to redouble their efforts in carrying out activities for better results in the second half of the year. "Although efforts have been made, there is still work to be done and everyone should be able to apply everything that has been discussed here to improve the actions," he added.