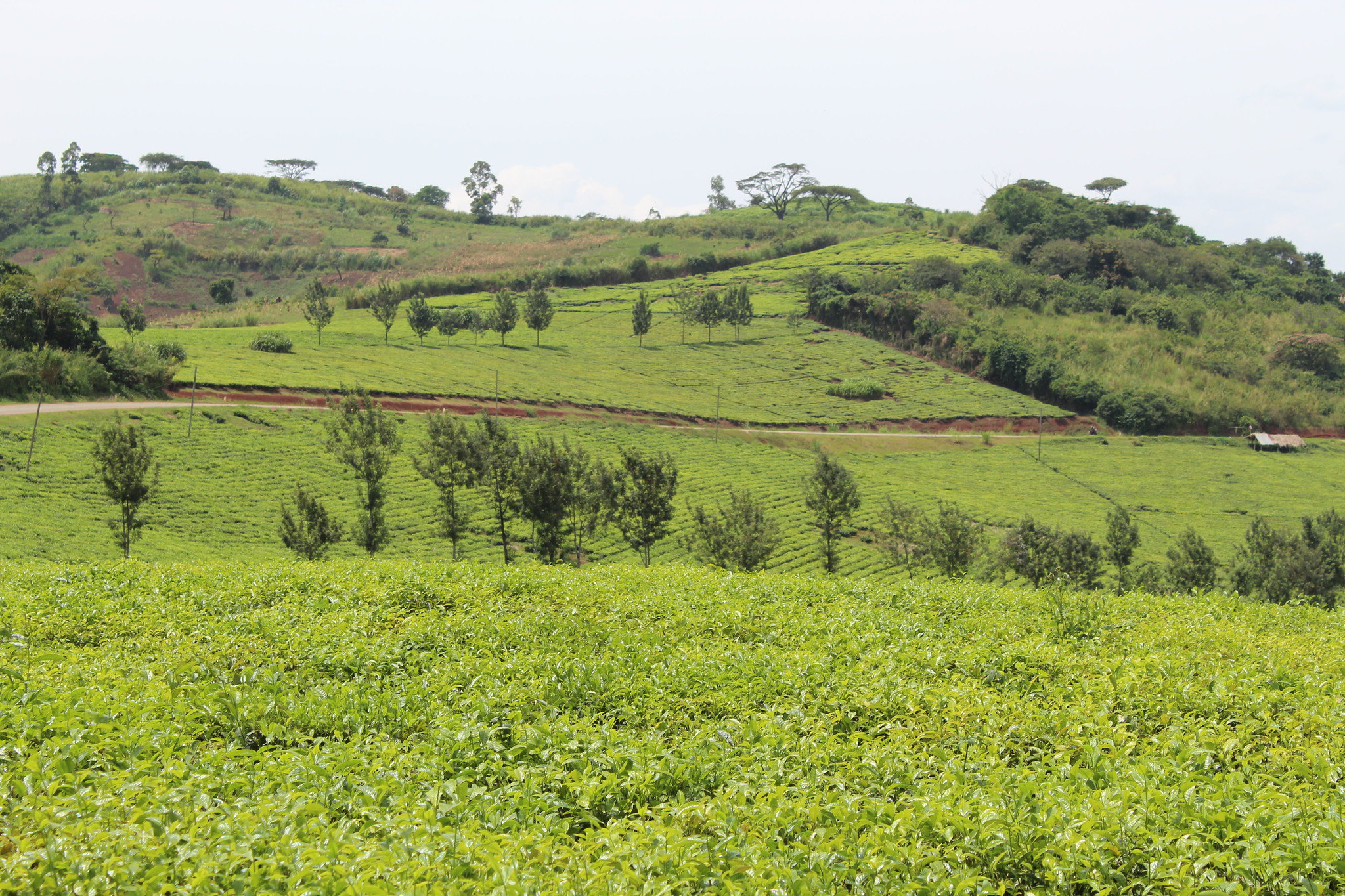 The Kabarole District Master Plan has given local government and its partners a common focus to improve WASH coverage.

As Pius Mugabi, the district senior engineer, explains, Kabarole will need almost UGX 89 trillion (or about USD 24 million) by 2030 to achieve the targets of the water, sanitation and hygiene (WASH) master plan. The current central government annual grant for water is UX 400 million of which 85% goes into construction and 15% into rehabilitation. The sanitation grant for the entire district is UGX 20 million per year, which is clearly a drop in the ocean given the magnitude of the challenge.

Now the District Local Government (DLG) is trying out innovative ways to generate funds to supplement the resources available from the central and local governments. To that effect, a Resource Mobilisation Committee, which sits once a quarter to review progress, was set up and mandated to target the private sector as a source of funding.

Presently, several financial institutions operating in the district are providing sanitation financial products. Hofokam, for example, offers a WASH loan for water and sanitation in households and institutions that clients can access for a range of purposes such as installation of a rain water tank, securing a connection to a piped water system, construction of a latrine in a home, and installation of a water-borne toilet. There is also the option of integrating the WASH loan with a housing loan. Other financial institutions including Pride Microfinance, Centenary Bank, Postbank, and Finance Trust Bank are offering some or variations of the products available to Hofokam’s clients.

Creative ways to finance the district’s WASH master plan are required. In the financial year (FY) 2018/19, the overall per capita cost for rural water supplies at the national level was USD 75. This was higher than USD 68 in the previous FY 2017/18. On the other hand, the total financing to the sector (both on- and off-budget resources) was about UGX 1,939.12 bn. Given that allocations to the water sector at the national level are insufficient to meet the demand for services, advocacy is essential to lobby for more resources. According to the SPR 2019:

"Inadequate financing to the sector remains a major challenge and affects the fulfilment of core functions. As a result, the targets under the Strategic Sector Investment Plan (2018-2030), the second National Development Plan and Presidential Directives (e.g. one water source per village) are unlikely to be met. (page i)." 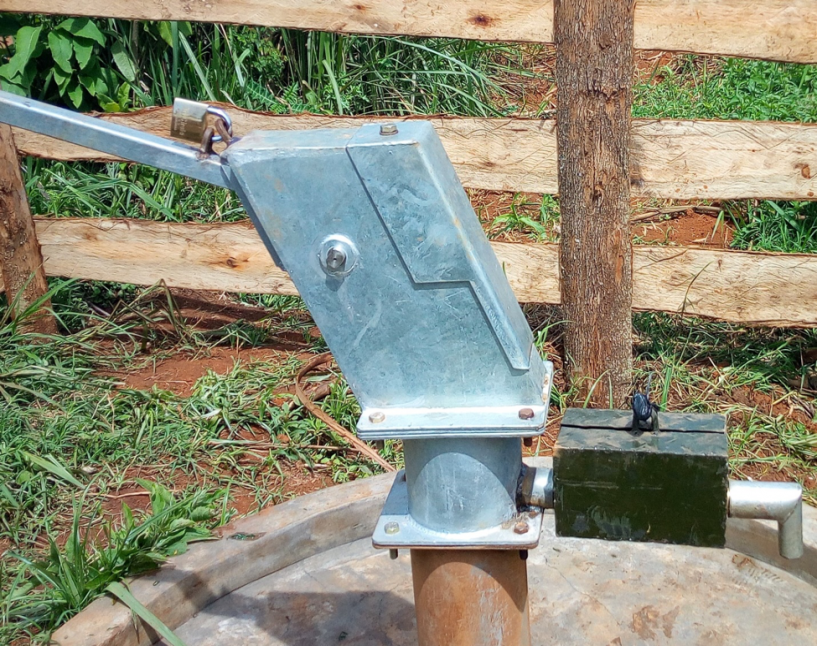 To streamline the operations of the sector and improve performance, the Kabarole DLG is investing in the harmonisation of data and reporting to avoid under-reporting. IRC is supporting the district planner with access to a server that will facilitate more efficient data handling, processing, and storage. Improved data management capacity will address the gaps in reporting. This is being complemented with efforts to improve the staffing situation of the District Water Office as well, something on which the TSU6 is helping.

There have been significant improvements in access to water since the regional umbrellas were transformed into full-fledged water utility companies. They are now also responsible for operation and maintenance of systems in the areas under their jurisdiction. The Infrastructure Operation and Maintenance (IOM) Division in the Ministry of Water and Environment created oversees the work of the utilities.

The five umbrellas across the country are independent entities. Each is expected to recruit a commercial officer whose job will be to develop business and turn the umbrellas into profitable enterprises. Today, the Western Umbrella, of which Kabarole District is a part, collects about UGX 100 million every month from the 13 districts under its jurisdiction.

In 2018, the DLG went into a partnership with IRC and the National Water and Sewerage Corporation (NWSC) in Kabende sub-county with a plan of installing two public standpipes in every village. NWSC contributed UGX 90 million, the DLG UGX 88 million, and IRC UGX 22 million.

In 2017, the Ministry of Water and Environment gazetted Mugusu Town Council, NWSC as a water utility and handed over the management of the piped system to NWSC. Within two years, NWSC had connected 60% of the 20 cells (five wards) in Mugusu.

NWSC services are metered, but maintaining the monthly billing system is a challenge for domestic users. “Households are not used to post-paid bills,” says Moses Mwirumubi, the town clerk of Mugusu.

The town council for that reason provided alternative water supply and metering systems. Public standpipes are managed by agents of NWSC. These follow the pay-as-you-fetch model and generally work smoothly. A 20-litre jerrycan goes for UGX 200. NWSC installs the first meter for free, but the agent meets the cost of replacement if a meter is damaged and has to be changed.

Water user committees play a vital role in Mugusu. However, many committees face problems because of the lack of reliable records for tracking their revenue. According to Mwirumubi, “It’s hard to track water use unless it’s metered. But some meters are vandalised by their custodians to avoid tracking.”

One of the driving forces that has helped Kabarole to advance with new ideas and innovations in WASH has been the learning alliance which, according to Moses Rujumba, the Rwenzori regional coordinator for the Uganda Water and Sanitation Network (UWASNET), “has been priceless.”

Given that different members of the alliance have different strengths, sharing of information is important. “Coordination by the learning alliance is central to our collective achievements through lobbying and advocacy,” says Rujumba.

There is a lot of learning going on among the partners, and the willingness to share information is one of the biggest attractions of the learning alliance. “There is no holding back,” says Rujumba.

The DLG has played a key role in holding the learning alliance together. What the DLG brings on board is that it creates the enabling environment. Most of the interventions by CSOs working in the WASH sector are guided by the Local Government Act and the Public Health Act, with the latter playing the most critical role in WASH.

Rujumba stresses the need for learning alliance members especially CSOs to involve the DLG in planning, implementation, as well as monitoring and evaluation of their programmes. “This is vital for ownership, sustainability and continuity,” he says. The TSU6 is credited for its responsiveness towards the learning alliance. According to Rujumba, “TSU is not bogged down by the typical government bureaucracy.”

The Annual Rwenzori Regional Learning Forum was established to facilitate sharing of information and best practices. However, it has not taken off as expected because actors wanted TSU6 to lead it. Yet TSU6 did not see it as part of its mandate. It was recommended that CSOs should take the lead.

There are no water officers at the sub-county level. Sub-counties need water officers as they do have education, health, agricultural, and production officers. However, the regional water umbrellas have since their creation progressively taken over the roles that the Sub-County Water and Sanitation Boards were set up to perform. As the umbrellas have become more active, so have the roles of the boards become less relevant.

Water User Committees at the community level are voluntary and there is no formal link between the resident Hand Pump Mechanics Associations (HPMA) and the district. Any contact between the two parties depends on how proactive the HPMA individuals involved are.

Kabarole has a challenge of spreading too thin and needs to prioritise its resources in order to achieve 100% coverage in selected sub-counties as Kamwenge District did. As such, the District WASH Task Team is advocating through the District Council to prioritise the roll-out of pay-as-you-fetch model in a few sub-counties rather than doing it wholesale across the district.