CSO assessment of the utilization and performance of WASH grants in Uganda : FY 2018/19 and FY 2019/20 projections

In Uganda some water committees are allowing users to borrow surplus money in the form of low-interest loans. Could this twist on a traditional loans scheme encourage users to pay their water fees?

According to the Uganda Water Supply Atlas, fewer than seven out of every ten water point committees is fully functional, and in some areas the numbers fall as low as one in four. Can these voluntary groups that form a cornerstone of community-based management for pumps and taps be supported to work more effectively?

Running a committee without payment can be a thankless task, and the spirit of volunteerism can wear thin when it takes committee members away from their crops and families and community members refuse to pay their fees.

Some communities are making use of traditional forms of saving to motivate people to pay their water user fees. In northern Uganda, they call this bol lcap, where people save small sums of money and – in the most traditional forms - share any surplus amongst the savers at the end of each year.

These savings and loans schemes have been adapted to encourage families to pay their water fees because users see a benefit. Committees reserve 60% of the savings to cover 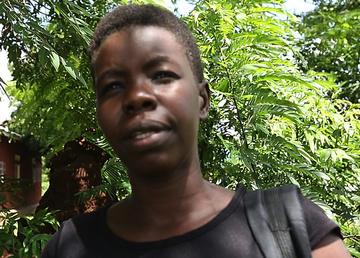 operation and maintenance costs and make the rest available for loans to those who have paid their monthly fees. Loans are repaid at 10% interest.

The health assistant for Lira Sub-county, Milly Akullu, says: "Bol lcap means getting a little money from your pocket for savings. In this case they don’t distribute the money at the end of the month or year as with other community savings. They pool these funds with the aim of maintaining the water source and for the well-being of the community. Some people borrow to pay school fees for their children, others for a small business, others for agriculture. Or they borrow to pay medical bills. At the end of the stipulated time they pay it back with a small interest.”

The Assistant Chief Administrative Officer for Lira District, Richard Ogwang, says that these community loans increase transparency because they are held locally and trusted. “There is not a lot of faith in the banking sector and the bank charges are very high. The community believes more in these people than they do in the banks because they can access the money whenever they want. If you have sound financial management with a faithful treasurer and chairman then the committee will be cohesive. If there is a problem with financial management, the committee is likely to disintegrate.”

He would like to see every water source committee have an active and working account, so that everyone has a stake in the money being looked after. He suggested that the district or an NGO should provide micro-safes in which the treasurer can keep the money. 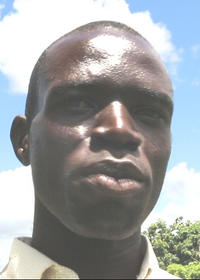 The concept is spreading

Triple-S is helping the loans scheme spread to other districts. In Kabarole District, where 80% of the people are farmers, money is also being borrowed for agriculture, school fees and household-level income generation.

The idea is also being adopted by the Hand Pump Mechanics Associations, whose members need a second skill to sustain them when they are not maintaining pumps and wells. The chairman of the Lira Hand Pump Mechanics Association, Daniel Okot, says that they plan to lend some of the association’s money to members to develop their businesses. The interest that is repaid will enable the association to develop a spare parts store.

CSO assessment of the utilization and performance of WASH grants in Uganda : FY 2018/19 and FY 2019/20 projections