Long-term impact of a community-led sanitation campaign in India, 2005–2016

Let 2015 be the year of sanitation uprising!

IRC country director of India Kurian Baby on how to realise Mahatma Gandhi's dream of Clean India, and what he wishes for his country in 2015. 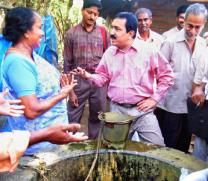 Let 2015 be the year of realising Mahatma Gandhi's dream of a Clean India by looking at the big sanitation picture!

Open defecation free India became a national slogan in 2014, when India's Prime Minister Naredra Modi made sanitation a central theme and promised to make India open defecation-free by 2019. As the world's largest open defecator, and with 600 million of the worldwide total of 1 billion people who do not have toilets, sustainable access to improved sanitation for all should be its development strategy.

My wish for 2015 is that the government national, state and local level in India will look at the big picture and include the entire sanitation chain.

My wish for 2015 is that school toilets function, and women and girls don't have to go outside to defecate.

Because building toilets alone will not solve India's sanitation woes. Let 2015 be the year when it happens, that school toilets function, water is accessible, children are taught hygiene practices, and women and girls don't have to go outside to defecate. My wish for 2015 is a behavioural change in India and the development of sustainable sanitation services for all – a true, "Clean India".

IRC with its four decades of international and South Asia sanitation experience would catalyze the process. Making sure that services are scaled up and are sustainable is the central theme of IRC's work in India.

Our vision is that every Indian enjoys access to safe, adequate and improved water, sanitation and hygiene services now and forever. 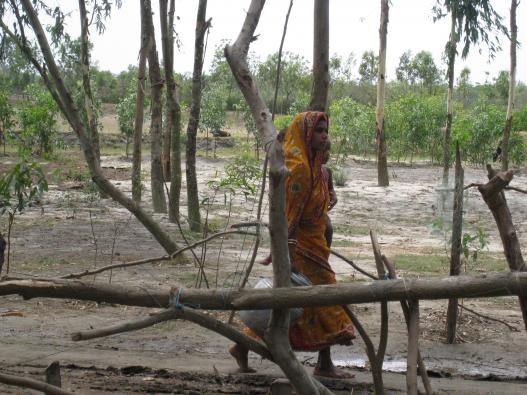 Long-term impact of a community-led sanitation campaign in India, 2005–2016