RT @jasonhickel: When a country cannot manage to pass basic regulations to prevent the massacre of schoolchildren - over several decades -… 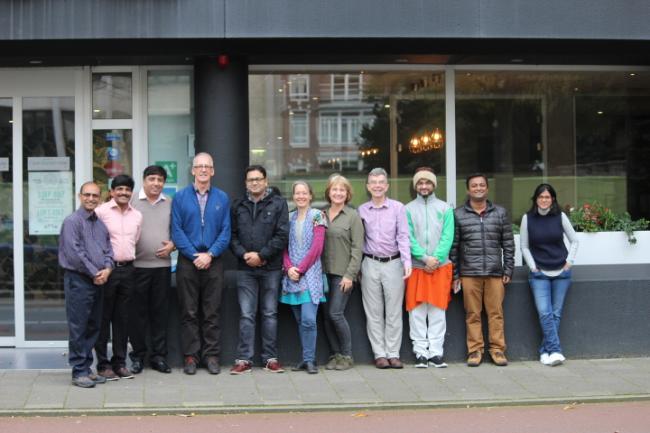 What can Indian government officials learn from the Dutch about service models and technologies for urban water and sanitation? From 9 to 13 October 2017, the National Institute of Urban Affairs (NIUA) and IRC organised an international exposure visit in The Netherlands. This visit is part of a USAID-funded programme called IHUWASH, which is about setting up national and city-level WASH Innovation Hubs. Three Indian cities are taking part: Mysore in Rajasthan State, Faridabad in Haryana and Udaipur in Rajasthan.

We asked two of the participants what they learnt that would help them in meeting the challenges they face back home. 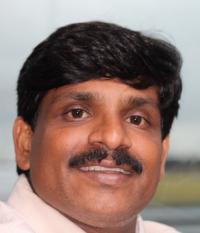 When asked what impressed him most in The Netherlands, Commissioner Jagadeesha answered: the private business, public ownership model of water utilities. He intends to present a report to the Karnataka State Government on the set up of Mysore WASH Ltd. This company would be responsible for the maintenance of water supply, sanitation and underground drainage systems in Mysore.

Establishing a publicly owned WASH company could help meet some of the challenges facing Mysore. Mr Jagadeesha has ambitious plans to achieve 24/7 water supply (now people only get water for 4 hours a day), reduce non-revenue water (NRW) from 35% to 25% and eliminate all illegal connections within 6 months. Currently 75% of solid waste in Mysore is recycled. Commissioner Jagadeesha has commissioned a plan to raise this to 100%.

In India, the Mayor is the head of the Municipal Corporation (local government body), but the role is largely ceremonial as executive powers are vested in the Municipal Commissioner. Since September 2016, Mr G. Jagadeesha is Commissioner of the Mysore City Corporation (MCC) in the southern India state of Karnataka. In 2015 and 2016, Mysore was ranked India's cleanest city; in 2017 it was ranked 5th.

"There are no short cuts, except efficiency" 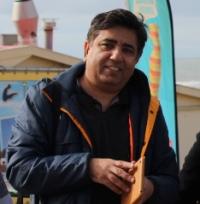 "Systems should be well organised, end to end. Charges should be paid for the level of service provided. There are no short cuts, except efficiency". These are the three succinct takeaways of Deputy Adviser Rohit Kakkar from his exposure visit in The Netherlands.

Mr Kakkar is a government adviser on sanitation, in particular on the wastewater component. His role is to develop national level policy and to advise states and cities on the implementation of appropriate wastewater management solutions. This requires a sound understanding of available technologies worldwide and the ability to differentiate between "what is practical and what is experimental".

In his work, Mr Kakkar sees two main challenges. The first is to breakaway from the fixation on decentralised options and endless discussions on decentralisation vs centralisation. Economies of scale should be leading, he says. If the requirements and local conditions are known, get moving!

The 2nd challenge, unsurprisingly, is finance. Mr Kakkar believes that people should be willing to pay a higher amount to meet their aspirations for better service levels. This means anything above the basic level for a sustainable service.

Read more about IHUWASH, the Innovation Hub for Urban Water, Sanitation and Hygiene Solutions in India.