Honduras has a WASH ambassador in National Congress

RT @SmitsStef: Asset management challenges in La Paz, Honduras. It is not about building new rural water systems, and not even rehabilitati…

The department of La Paz is located two hours from Tegucigalpa, Honduras. La Paz is a region famous for the coffee export, cold climate and abundant water. There are four projects implemented using the Multiple Use Water Services (MUS) approach by FHIS, the Honduran Social Investment Fund, with support of IRC. It’s the first time in Honduras that projects are implemented using MUS methodology.IRC through the Youth Zone Programme is conducting a study to understand how the MUS methodology can be best be applied in the Honduran context, get lessons learned and good practices that can be used in other Latin American contexts and get feedback from other organisations, institutions or networks.

Within the four projects being implemented using the MUS approach, there are some similarities but also some differences. Two are implemented in very poor areas, the others in very productive lands. In the area with litttle water, the community understands how to take advantage of MUS, the other community in that area does not. The same holds for the projects located in very productive areas, one community practically is without knowing the concept behind it, but it applies the MUS methodology easily but the other community in the area does not. This means that training communities on MUS varies per community, but the passion of the communities to work in these projects is the same.

MUS means that people in poor areas can use water systems for productive uses such as irrigation of coffee plants, watering gardens, etc. and get more money for their families from the sale of their crops or products.

To apply this concept in the field, FHIS chose four poor communities, with not more than 150 homes each, all in rural and dispersed areas. Only two communities have water associations in place for operation and maintenance of the water systems.

Culinzabas and Buenos Aires are very poor communities where previously there was no water. The MUS approach is very welcome because they need water for human consumption, but in Culinzaba they don’t know how to develop productive activities. This requires the trainer to spend more time on awareness raising (to motivate the productive thinking) in comparison with Buenos Aires, where people plan to use water to make bricks.

The study showed that in very poor communities where there has been no water supply system, the adoption of the MUS approach and understanding of its benefits take more time before results can be shown.

La Florida is a very productive community, where its water association has been functioning for more than 30 years. The community already has a water system and a new one is under construction. The new system will be for productive uses (mainly for the irrigation of coffee plants) and the other for domestic use. In this community MUS was very well received and they know clearly what they want to do with MUS. 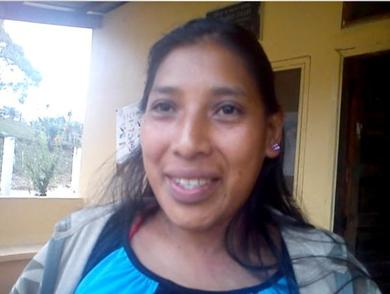 Pueblo Viejo is completely different. The community members think that there is not enough water for productive uses, because they have to share their water source with two others communities. The project was accepted under the condition that it works.

One of the communities has an organisational structure in place and not so much poverty, for them the MUS approach has the potential to produce high benefits in a reasonable amount of time. However, problems could occur if the water source is over-used by the other two communities.

Applying the cycle of Knowledge Management to understand more

The study of the MUS projects in Honduras is the first step in understanding how to apply the MUS methodology. However, it is necessary to take a second step, to take the study outputs and validate the experiences in the field. For this purpose the Knowledge Management Cycle - KMC- is essential because it helps to understand and to improve future interventions.

The Knowledge Management Cycle starts with documenting the experiences, results of which are then put in order as outputs of process documentation (Information Management). The next stage of KMC is to make a deep analysis to understand more about the experiences and to generate new ideas for improvement or innovation (Management Information Use). With this analysis, designers draw up new projects and later use the results of the new projects to define new intervention models.

Actually the four MUS projects are currently in the process documentation phase with a final report due in December 2012. But there is one important lesson learned already: the design stage of MUS projects needs to be shared with communities to reduce problems like the ones in Pueblo Viejo.

Article by Andrés Gil from Fundacion Solar/RASGUA in Guatemala, who spent nine months working for FHIS in Honduras, as part of IRC's Southern Youth Zone Programme (2011-2012).

Honduras has a WASH ambassador in National Congress