The first minister to hold a comprehensive policy brief for sanitation and water resources in Ghana has promised sector wide consultation on how to achieve country targets. 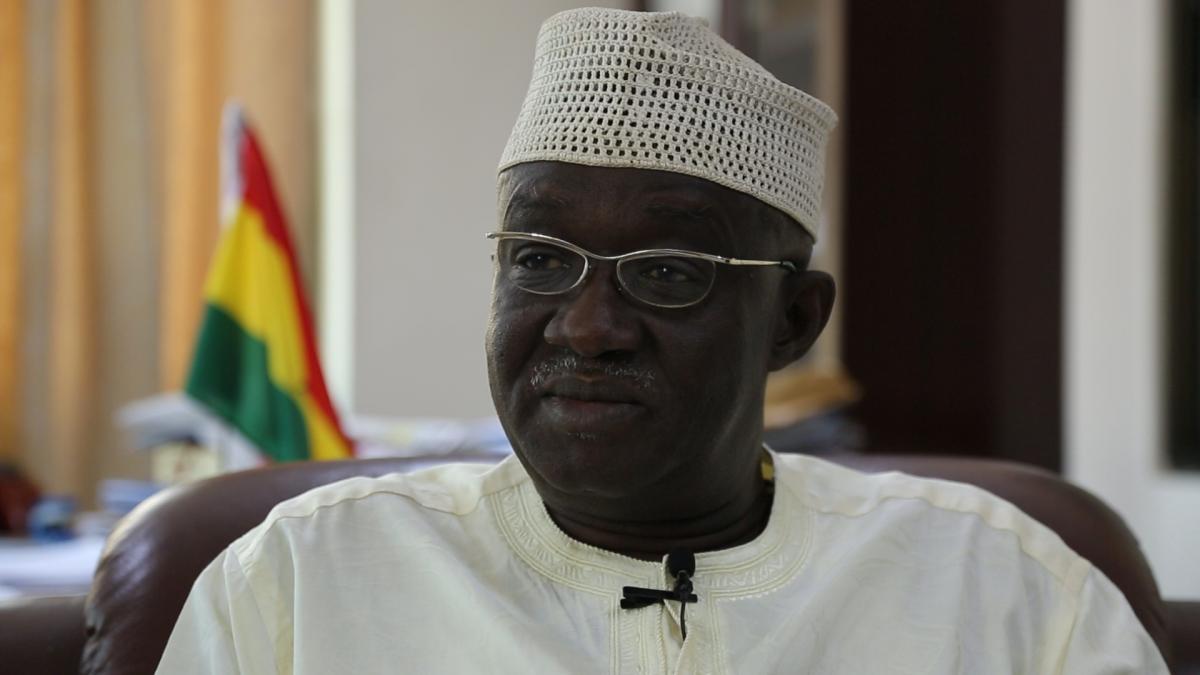 Kofi Adda, Minister for Sanitation and Water Resources, wants inputs from across the sector, including the private sector and NGOs, and says that local government and communities will play a major role in implementation.

Kofi Adda was appointed in January 2017 to head the new Ministry for Sanitation and Water Resources. Previously water resources were part of a ministry that also included works and housing and sanitation was with the Ministry of Local Government and Rural Development.

His ministry will oversee efforts by the Government of Ghana to achieve its long-term vision of universal access to safe drinking-water by 2025 and eliminating open defecation by 2030 (GLAAS 2017 report).

In an interview with Vida Duti, country director of IRC Ghana, and colleagues, Kofi Adda said: “We have not had any effective sectoral supervision. Many things have been scattered and spread about. It is time for us to bring them all together under one umbrella as it were and set a very clear path through which we can deliver on our mandate.”

His aim would be to get everyone working together “be it government, the private sector, the other participating partners such as the NGOs or the development partners” to make recommendations to help the government deliver on its mandate.

Many things have been scattered and spread about. It is time for us to bring them all together under one umbrella

Partners were well intentioned but could currently be working at cross-purposes. “They may be doing things that are intended to bring benefit to the people but they may not be the sort of things that are consistent with government policy priorities and so it is important that we all share our viewpoints on this and advise government on the orientation that we should take in terms of delivery of services in these two sub sectors.”

Partners would be able to buy into specific areas with material resources, technical assistance or other support once they understood key governmental aims. “At the end of the day we will be achieving a collective objective of improving the situation in the sector.”

Local government (Metropolitan, Municipal and District Assemblies) would play an essential role in implementation. “The sector ministry has been created by Government simply to fashion the policy direction from the central aspect. That programmes … will require that the local authorities now do the actual implementation for specific activities.” He would also go to community levels of governance “to ensure that the benefits of the service delivery really come to the doorstep of every citizen as much as possible.”

The Minister admitted that the Government needed capacity support to bring all the data that exists about WASH services in Ghana together at a central level. He paid tribute to the work of IRC and other agencies in gathering and analysing data.

He said that the President and the Government had shown commitment to transforming the sector through establishing the ministry and providing funds.

“It is not a personal agenda. It is a Governmental agenda and it all drives from the leadership of the nation; in this case the president of the nation who has found it wise to set up a sector ministry like this. That alone gives us confidence to start with.  And then the policy directives that have come from our deliberations show the political will and the commitment as well for resources to be made available to us.”

He gained confidence from the good level of resources that the Minister of Finance had provided to the new ministry, and from “the goodwill that permeates the whole system, through our development partners, through our NGOs, all so excited and happy about the creation of the sector ministry and all willing to come in and support us.”

Kofi Adda has been minister of labour and minister of energy in previous Ghana governments and says this experience will equip him for his new role. “As much as I may not know all the tricks of the game, I do have some ideas about how to go about getting support from some collaborating ministries and agencies.”

He said that the appointment of Nana Addo-Dankwa Akufo-Addo, President of Ghana, as co-chair of the UN Secretary-General’s Sustainable Development Goals (SDGs) Advocates group, meant that “we will be selling the sector much higher than the Ghanaian boundaries alone”. This could lead to new collaborations and support for the sector.

Kofi Adda is Member of Parliament for Navrongo Central constituency and is married with two children.