Four years on, has Aboubakar Hema honoured his WASH promises?

The mayor of Banfora has been questioned about his actions around water and sanitation.

After four years at the head of the commune of Banfora, mayor Aboubakar Hema used the meeting of the Association of Bloggers of Burkina (ABB) as an opportunity to take stock. This gathering took place on Saturday, September 12, 2020 in the meeting room of the Governorate of the Cascades. An impressive number of actors in the commune attended and they did not fail to express their concerns regarding the level of achievement on SDG 6 by 2030. 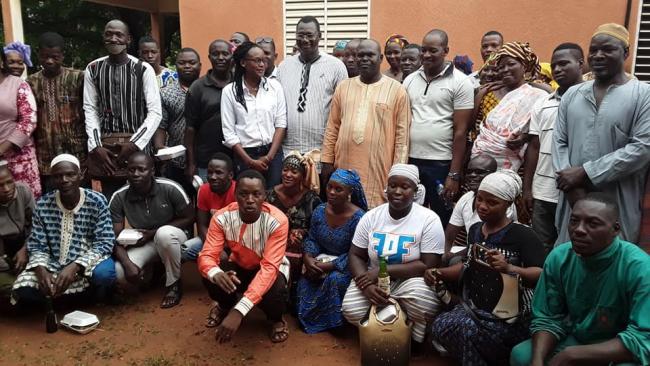 The mayor surrounded by his fellow citizens (photo town hall)

After taking office in 2016, Banfora's municipal council defined three strategic development pillars. They are: promoting good governance, developing the local economy and improving the population's access to basic water and sanitation services. During the presentation of his report, four years on, it is only logical that the mayor focused on these three pillars to highlight the actions and achievements that make the commune proud. According to the mayor, the last pillar on access to water and sanitation represents a priority for the municipality. The primary objective of Banfora's mayor is to provide the communities of the commune he leads with constant access to clean, safe water and sustainable sanitation in order to improve their general welfare.

"Access to drinking water remains a concern in the commune of Banfora and hygiene and sanitation as well. Many households do not have latrines. Some still defecate in the open. The faeces end up in the water which can cause a lot of diseases." Words well chosen by the mayor of Banfora to express the priority that the commune gives to the water and sanitation sector. Banfora municipality has developed its Strategic Water, Sanitation and Hygiene (WASH) Plan with the support of IRC who for the implementation has brought together all the stakeholders without whom the realisation of this ambitious project would not be possible.

The presentation of the assessment provided a good opportunity to question Banfora’s town council on its activities in the WASH sector and particularly on the implementation of its Strategic WASH Plan. The mayor was subjected to an avalanche of questions ranging from concrete actions of the town hall on the implementation of the Strategic WASH Plan during the past period to the concordance or not on types of drinking water structures provided. And the concrete progress of these activities in relation to the achievement of SDG 6 in the commune. 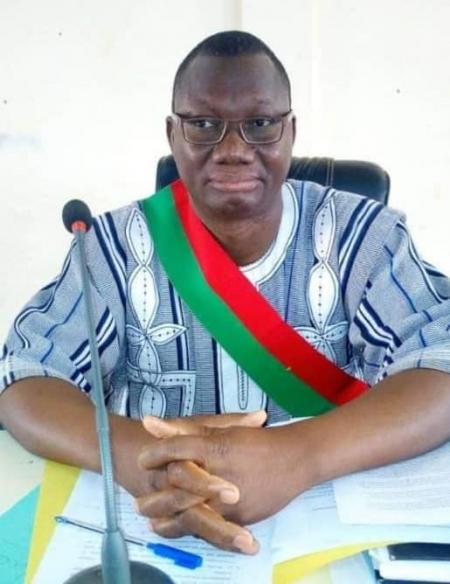 Aboubakar Hema reporting on his actions

In response, the mayor stated that the municipality has established more than 45 boreholes while 30 were foreseen by 2020, rehabilitated more than 200 broken down boreholes, built 472 latrines, 326 shower drains and 17 cesspits in 2019. In addition to these works, 115 latrines were built between January 2020 and May 2020 and 30 new handpumps are currently under construction. Mr. Hema completed the list by elaborating on the communication strategy for the mobilisation of partners and funds for the implementation of the Strategic WASH Plan. According to him, this action fits perfectly with the commune’s wish to work closely with all the partners and driving forces of the commune.

However, several difficulties have been raised, including the lack of water in sector 8 of the town of Banfora. This is related to the work for December 11, the national holiday, which this year will be hosted by the commune. In this part of town, the population is suffering. The mayor reassured his fellow citizens on behalf of the town council: "It is not the fault of the town hall, this water problem. We are pleading with the authorities in charge of water issue, the regional water department Onea, to relieve the people of this suffering." The mayor also promises to drill 100 boreholes in 2021, 70 of which will be for households. A mobile workshop for drilling has already been acquired with funds from the town hall.

Still a long way to go

Overall, work on access to drinking water is limited to boreholes equipped with handpumps. These works do not guarantee access to safe water, as it can be contaminated more quickly before consumption, nor do they eliminate the drudgery of fetching water.  Therefore, these situations are in total contradiction with the municipality's commitments according to which 80% of the population would consume safe water, either from a tap at home or from a standpipe.  It is obvious, therefore, that there is still a long way to go to improve the well-being of the population in terms of water and sanitation. Banfora's mayor, however, assured everyone that his commitment and determination to ensure access to water and sanitation for everyone remains intact. He has sent out a heartfelt cry to stakeholders in the sector for effective collaboration in order to achieve his objectives. IRC, through its technical assistance thanks to financial support of the Hilton Foundation, will continue to work alongside the mayor's office to make this commitment a reality.