Fight against COVID-19 in Mali, Niger and Burkina Faso

Mali, Niger and Burkina Faso have put in place a number of measures around drinking water and sanitation in the fight against the coronavirus. But have the needs of the most vulnerable people really been taken into account? Are they able to cope during this pandemic? 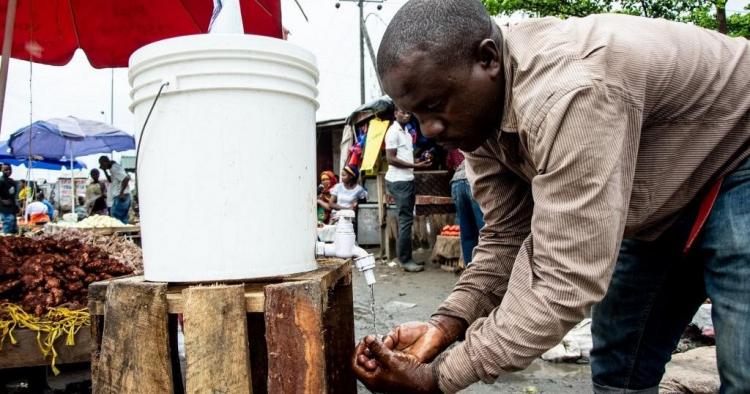 Individual compliance with hygiene rules, in particular regular handwashing with soap, is undoubtedly one of the most visible barrier measures to curb the spread of COVID-19, which is wreaking havoc, even in the most developed countries. In this respect, the drinking water and sanitation sector is at the centre of attention where it should always be, since water as they say is life. Following the example of several other African countries, the government of Burkina Faso has deployed measures to support the population. They are being hit hard by the socio-economic impact of the restrictions linked to the curfew which runs from 7 p.m. to 5 a.m. The closure of markets and restaurants, and the quarantine of towns that have had at least one positive case of COVID-19. It is therefore difficult, if not impossible, for the population to engage, as usual, in their various income-generating activities.

In an effort to support the households affected by the measures, on 2 April 2020, the President of Burkina Faso, Roch Marc Christian Kaboré, announced that the State would pay the water bills of the households. This means that the State will take care of the water bills, water will be provided for free at standpipes as well as at markets and, fines on the bills of the National Office of Water and Sanitation (ONEA) will be cancelled for a total amount of 6.7 billion CFA francs. As the shopkeeper of the famous Senegalese market "Sandaga" would say, "it's good but it didn't happen".

It is very bitter, given that the most vulnerable, the rural population, has been totally forgotten in these measures. All the rural Burkinabè, who make up 70% of the population, i.e. the majority, and who deserve to be relieved of their daily water fetching, are put in "quarantine" of these measures, while the households in the city happily take advantage of the free water. Why this discrimination? Why should they be left out of this sanitary crisis in a country that aims to reach SDG 6 by 2030? Without drinking water, the hygiene rules cannot be respected. Even in the city, whether in Ouagadougou, Bobo-Dioulasso or elsewhere, the implementation of these measures poses enormous problems.

The blue gold is free but not available

In Bobo Dioulasso, water vendors are seeing their business collapse and consider themselves unemployed. Since the sale of water is their only source of income, it is the lean season for them. However, in his speech, the Minister in charge of water had indeed mentioned support for standpipe managers. But they are worried and are still waiting to see how this promise of the head of state will come true. In Ouagadougou, consumers are also confronted night and day by untimely cuts and at best with low water flow. The blue gold may be free but is unavailable due to the discontinuity of services. How can people wash their hands regularly with water when there isn’t any? And the long queues at the standpipes that keep stretching, while we must ensure that the curfew is respected so as not to be bullied by the police.

The situation in Mali

The situation is similar in Mali. As part of the measures taken by the Malian government, the State has also promised to pay the water bills of the poorest people (for a maximum monthly consumption of 1000 FCFA) for the months of April and May. A measure that lacks conviction, because during the hot season, it is very hard for a consumer to get even a bucket of water from the tap. There are also long queues at the standpipes, and some users leave without water. Here it is more a question of unavailability of water. 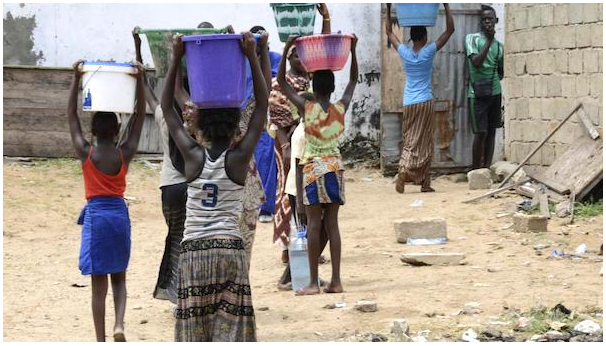 The situation in Niger

Niger, meanwhile, is prioritising a campaign on hygiene measures against the coronavirus. This campaign consists of providing basins full of water equipped with taps and soap and by putting disinfectant gels at the entrance and inside public places. The Nigerian Minister of Water and Sanitation urges citizens to regularly wash their hands with soap and water. According to him, good water management in homes is necessary for the preservation of hygiene especially in this period of the coronavirus pandemic. However, handwashing devices are not available everywhere. In cases where they are available, there may be a lack of drinking water. The recommended regular handwashing can therefore not be respected even though people are willing.

One of the measures recommended by the World Health Organization, and taken by the various countries to beat the coronavirus, is the strict observance of hygiene rules. This implies the availability of drinking water for the benefit of the populations, especially the most deprived. However, as becomes clear in Burkina Faso, Mali and Niger, a large part of the population does not have access to drinking water. Thus, in spite of free water, a measure which excludes rural people who are already affected by a lack of water, it will also be a challenge to respect the hygiene measures. They will not be able to afford the luxury of washing their hands regularly in the war against the spread of COVID-19.

Avoid the exclusion of anyone

For IRC, an organisation that has been fighting for many years alongside government and civil society for universal access to drinking water and sanitation services, these measures should be revisited and improved. The authorities should be more aware of the needs of the population and, moreover, involve civil society organisations in the decision making. Draw up measures that makes it possible to avoid excluding people and finding better alternatives to help the population in these times of a pandemic.