A prize winning solution for vulnerable urban communities in India. 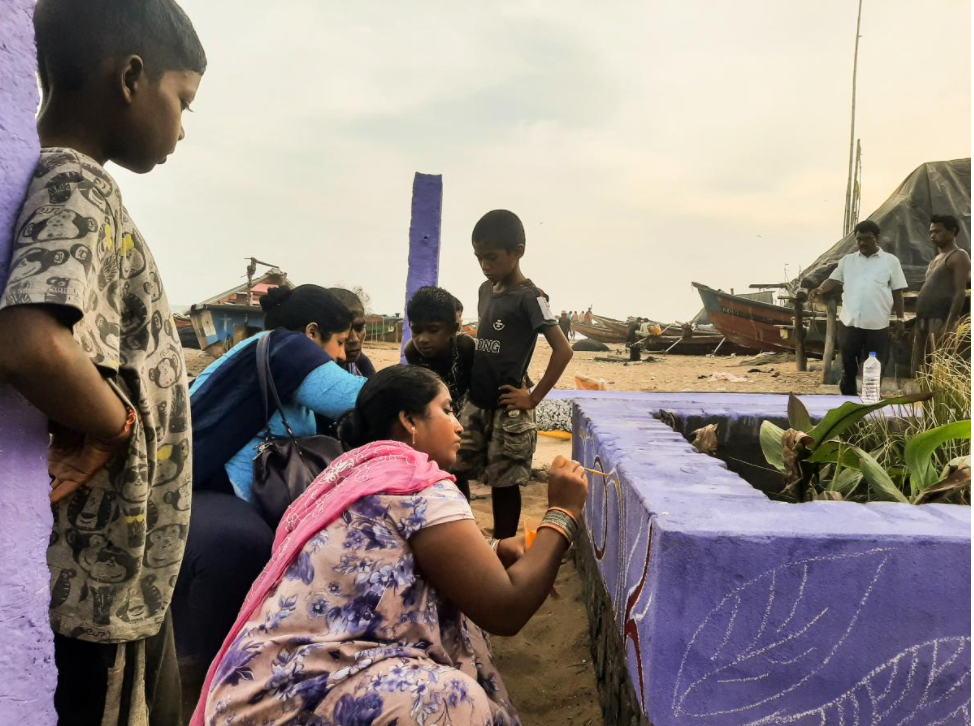 In the streets of the Penthakotta fishing settlement of Puri in the Indian state of Odisha, children play around open drains. Chittama, one of the mothers, complains about the stench of stagnant wastewater and the mosquitoes. Often there are outbreaks of diarrhoea and dengue that affect the community, especially children. In addition to that, climate change increases the vulnerability of the coastal settlement's people and infrastructure to flooding and waterlogging.

Spandan, a local NGO, works closely with the community especially by supporting a women's Self-Help Group (SHG), which set up  a disaster resilience fund. Spandan implemented a pilot project to manage wastewater and prevent sand erosion.

As the winner of the World Resources Institute (WRI) India's The CityFix Lab: Accelerating Access Prize, Spandan received support to extend their work at Penthakotta settlement. Based on discussions with the women's SHG, WRI India helped improve the pilot project's intervention by introducing an Integrated Blue-Green Infrastructure (BGI) system. This consisted of a blue-green filtration system, additional treatment through soak pits and replacement of seacoast weeds with bay-hops to prevent sand erosion. Open drains were repaired and covered to prevent mosquito breeding. These improvements inspired the women to create safe, bright public spaces with tyres and sandbags as seats, fish drying platforms and a play area.

Spandan trained local women and appointed 20 WASH ambassadors for long-term maintenance of the drains and the BGI systems. In the end the lives of almost 5,000 families were improved in just over a period of six months. WRI India hopes that women such as Chittama  in other Indian fishing communities can benefit from similar community-based approaches..

This news item is based on "How Blue-Green Infrastructure elevates water resilience: story of the Penthakotta community", written by Sindhuja Janakiraman, WRI India, January 6, 2022.