Nearly ten months after the launch of the Clean Hands, Good Health campaign in the Plateau Central region officially ended on Sunday 5 June 2022 during a ceremony at the Departmental High School of the commune of Ourgou Manega. Commune representatives from administrative, religious and traditional authorities attended. 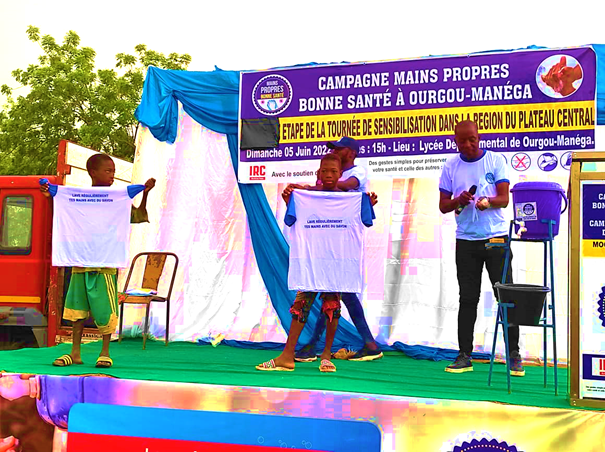 The campaign was well represented by the students of Ourgou Manega (Ph. Universal Production, 2022)

Launched on Saturday 14 August 2021 in the commune of Mogtédo, this campaign has helped thousands of people better understand the importance of regular handwashing in the prevention of diseases related to dirty hands. This was made possible thanks to IRC WASH with financial support of UNICEF. The strategy used was all the more effective because it was targeted at specific audiences. In Ourgou Manega, the representatives of youth, the chief of the land, the Christian and Muslim communities, and representatives of the territorial authorities were all given the Clean Hands, Good Health medal of honour. Now everyone in their community is a goodwill ambassador and an example for future generations. This symbolic act has been greatly appreciated by the recipients who were invited in turn to give a demonstration on handwashing according to the correct steps. 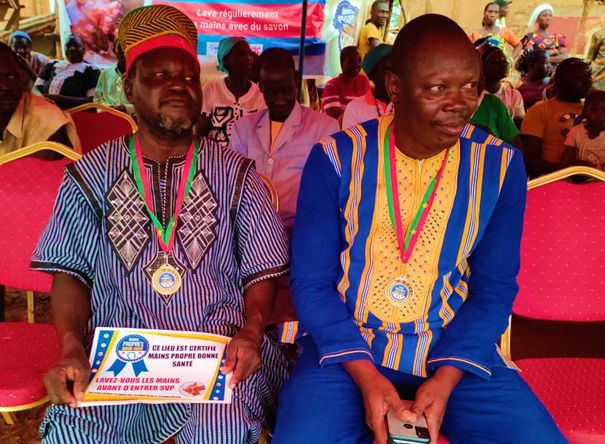 The representative of the Protestant Church, Sawadogo Robert, "thanked all the initiators of the campaign while making the commitment to continue raising awareness within his community in order to end the diseases linked to dirty hands."

As for the youth representative, Ouedraogo Sigui, he "intends to mobilise the young people of Ourgou Manega around this essential action for the well-being and health of the populations."

Rainy season was chosen for the implementation of the campaign because it is an important moment in the calendar for farmers, a time when they get their hands dirty the most when working in the fields.

Salif Sanfo, Water, Hygiene and Sanitation Goodwill Ambassador, said: "This winter period is the best time to remind the entire population, mostly farmers, of the importance of handwashing." Because it is the foundation of basic practices, it plays an essential role in infection prevention and reduces the transmission of viruses and bacteria by hand. Hand hygiene is essential for everyone. 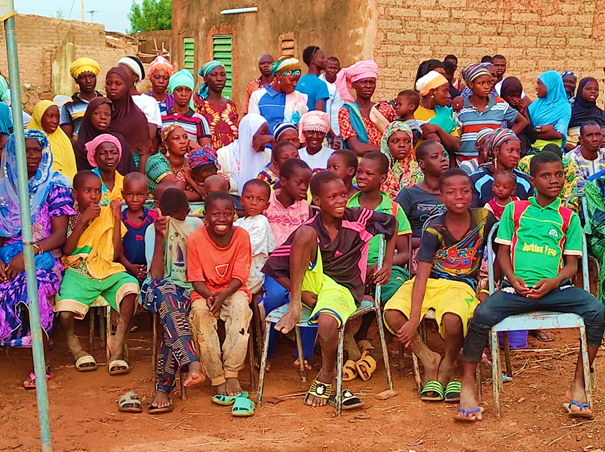 The Clean Hands, Good Health campaign has been a great success in the Plateau Central region because it has reached all segments of the population. Salif Sanfo, Goodwill Ambassador for Water, Hygiene and Sanitation, mandated by IRC to implement the campaign "hopes that it will continue to raise awareness and remind everyone of the importance of handwashing in the fight against diseases linked to dirty hands." He took the opportunity to thank IRC and UNICEF for their efforts in making this campaign a success and for involving everyone in making clear that washing hands helps prevent the spread of many diseases.