Changes in the IRC Ethiopia office

Lemessa Mekonta is the new IRC country director in Ethiopia.

IRC is happy to announce a few changes in the IRC Ethiopia office in Addis Ababa. Mr. Lemessa Mekonta began as the new Country Director recently. Lemessa has over 20 years’ experience in the water sector in Ethiopia and has been working as an Associate with IRC since 2013 involved in a variety of projects and programmes including ONE WASH Plus, the Millennium Water Alliance (since 2013), the REACH project, the SWS Learning Partnership and a variety of other projects and activities. 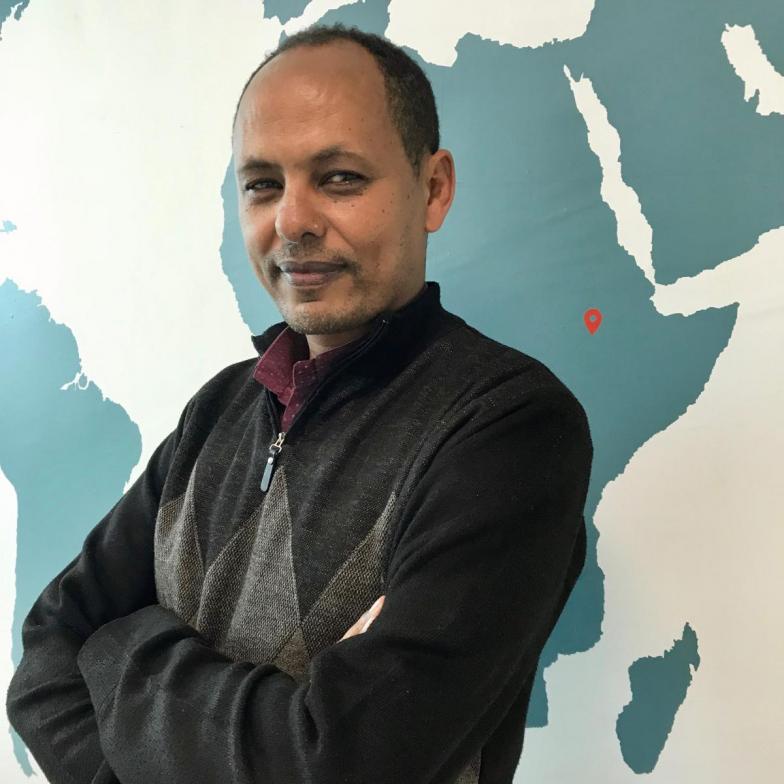 Of his new position, Lemessa said he is grateful to IRC for providing the professional development to prepare him for his new role, he believes his background in the public and private sector, as well as his work with NGOs within the sector, have given him the experience to understand and strengthen how the sector can be supported. “I am in a good position to deliver as Country Director and look forward to continue to learn about leadership and continue to support the technical activities of IRC.”

John Butterworth, who over the last three years has established a growing country programme in Ethiopia, left Ethiopia at the end of June to continue with IRC as Head of the International Programme leading the work of IRC’s team of global experts while continuing to support WASH systems strengthening and global partnerships.

Asked about his time in Ethiopia, he said, “It’s been a great experience and a pleasure to work with so many organisations and individuals. We’ve established long-term work in strengthening systems at the woreda level and have developed strong activities in strengthening government monitoring systems with a focus on asset management. I’m really happy to hand over the Ethiopia country programme to Lemessa, who I have known and worked with over the last 10 years. He has fabulous knowledge and networks, and is much nicer than me!” As part of his new role, John will be supporting all of IRC’s country programmes and said he looks forward to coming back to Ethiopia.

IRC thanks both John and Lemessa for their work and wishes them well as they continue working with IRC in their new capacities.

Another critical change at IRC in Ethiopia that it is being officially registered as an NGO under the name IRC WASH. This changes how IRC in Ethiopia is working as we will begin to wind down activities linked to the commercial liaison office. IRC expects this will enable us to invest more in local systems strengthening at the woreda and regional levels.

Snapshots from our focus countries: Ethiopia