The majority of the water and sanitation projects funded by the European Union (EU) in six African countries are not sustainable says the EU's spending watchdog.

The European Commission (EC) maintains that most of the audited projects were approved before it had implemented quality control reforms.

The European Court of Auditors (ECA) reviewed 23 projects in Angola, Benin, Burkina Faso, Ghana, Nigeria and Tanzania. The projects represent an investment of over 400 million euro of which the EU provided 219 million euro. Total EU spending on water and sanitation in sub-Saharan Africa between 2001 and 2010 amounts to over 1 billion euro.

In their report [1], the auditors warn that the majority of projects will not be sustainable unless non-tariff revenue is ensured and institutional weaknesses are addressed. Less than half of the projects examined delivered results meeting the beneficiaries’ needs.

Vice chairman of the European Parliament’s International Development Committee Nirj Deva called the ECA report a “stinging rebuke” which “must act as a wake-up call for the Commission”. “This kind of sloppiness gives it [EU aid] a bad name”, Deva said [2].

Other than admitting that “there is always a need for improvement”, European Commissioner for Development Andris Piebalgs avoided addressing the main criticisms of the ECA report [3].

The response of the Commission, published as an annex in the ECA report, “is largely disappointing”, says IRC Programme Officer Stef Smits. [4]. The data presented in the report “would call for a more profound reflection on the approach taken”, he added. 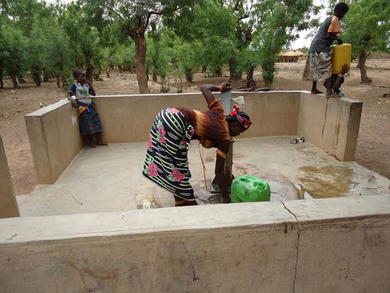 The auditors also criticise the Commission for not making good use of its existing procedures to increase the sustainability of EU-funded projects . When asked whether projects approved after 2005, when the EC implemented quality support groups (QSG), were more sustainable, ECA Member David Bostock replied it was too early to tell [5].

[3] Commissioner Piebalgs’ reaction to the Court of Auditor’s report on water and sanitation in sub-Saharan Africa, EC, 28 Sep 2012