A new year with fresh resolutions. One of 2015 big highlights was the Climate Top in Paris. Now that 196 countries have come to an agreement, what happens next? How will countries follow up on their promises? And how is this related to WASH? Some of the basics in one overview. 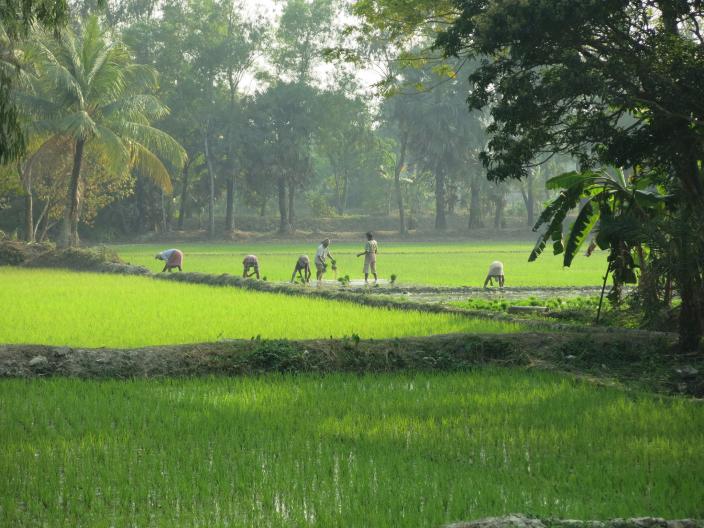 Q: Remind me again, what was the Climate Top about?

The Climate Top in Paris (or COP 21) in 2015, brought together countries from all over the world to reach a legally binding and universal agreement on climate change. With the aim of reducing global warming, country leaders made unprecedented commitments to address their greenhouse gas emissions.

After days of debating, finally on 11 December an agreement was reached by 196 countries that provides a way forward to limit temperature rise to well below 2 degrees, maybe even 1.5. It was quickly called 'the world's greatest diplomatic success'.

Q: Why was it so significant?

The Paris Agreement is an ambitious and universal agreement. It covers all countries and all emissions, and therefore it solidifies international cooperation for climate change.

As the UN website states, "the Paris Agreement sends a powerful signal to markets that now is the time to invest in the low emission economy. It contains a transparency framework to build mutual trust and confidence."

The deal will encourage trillions of dollars of capital to be allocated on the effects of climate change—including infrastructure and sustainable energy sources like solar and wind. The agreement requires developed countries to send US $100 billion to developing countries beginning in 2020 to help them live up to the targets set in Paris. Though countries have considerable scope in deciding how to cut their emissions, they have to report transparently on their efforts and adjust their plans after every five-year assessment.

Q: So a big change on paper. What happens next?

Paris was only the beginning. The adoption of the agreement sends a message to the world that countries are serious about addressing climate change. The agreement should be the basis for mobilizing finance and capacity building to realise the promises that were made.

Of course the proof will be in its implementation.

Q: What does the agreement require countries to do?

The agreement requires all countries to take action, while recognizing their differing situations and circumstances. Under the Agreement, countries are responsible for taking action on both mitigation and adaptation.

Countries officially submitted their own intended nationally determined climate actions. You can find them here for each country individually. They have an obligation to implement these plans.

To begin implementing post-2020 climate plans, countries will need to mobilize resources—including the US $100 billion pledged by developed countries– and making investments in a low-carbon direction.

Q: How are climate change and the Paris Agreement linked with the Sustainable Development Goals?

A strong climate agreement backed by action on the ground will help us achieve the Sustainable Development Goals to end poverty, build stronger economies and safer, healthier, and more liveable societies everywhere. There are 12 of the 17 Sustainable Development Goals that directly involve taking action on climate change– in addition to climate change having its own goal.

The Paris Conference will feature new climate action announcements that will demonstrate how civil society and the private sector are moving forward to address climate change.

Q: How is climate change linked with water, sanitation and hygiene (WASH)?

The WHO reports that climate change is expected to affect the capacity and operations of existing water and sanitation infrastructure and services. These services have to prepare for the widely anticipated consequences of floods and droughts, or risk compromising access to safe drinking water and adequate sanitation for substantial numbers of people in developing and developed countries, with cascading effects on human health and development. These impacts will also have to be taken into account in the design and construction of new systems.

Q: So everyone applauded the goals?

Of course, there is also some critique. Despite efforts by UN-Water, the World Bank and the #ClimateIsWater campaign launched by 16 global water organisations, a strategy for water is not in the agreement. However, all agree that the agreement is a major and vital step, and a great starting point rather than an end result.

Find more information in John Butterworth's article: Water and sanitation services delivery should be at the heart of climate change adaptation

Find more Q & A on the website of the UN: The Paris Agreement: FAQs