The world is off track to achieve SDG 6, so what can countries do about it? 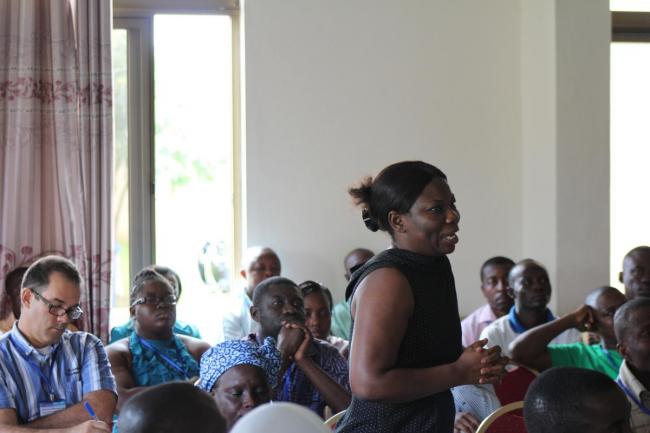 The UN’s summary report on the status of progress towards SDG 6 makes sobering reading.  Amid its multiple recommendations, something is missing: the critical need for strong governmental leadership and accountability.

Every year, the UN’s High Level Political Forum (HLPF) meets in New York to, among other things, track progress against the Sustainable Development Goals (SDGs). In 2018, the Forum looked at SDG 6 Ensure availability and sustainable management of water and sanitation for all, along with five others. As preparation for the Forum, UN Water led the development of a major report that serves as a baseline and prognosis for the SDG. Its findings are not encouraging.

In a nutshell, we are not on track to achieve the eight ambitious targets that the world has set itself for water (and sanitation). The report is well produced, full of useful information, and well worth a read.  That said, it suffers from the usual weakness of reports written by committee and emanating from the UN of being long on recommendations (“there must; we should”) and relatively short on specifics. Its 18 key findings (should anyone ever be allowed more than 3 key findings?!) are largely uncontentious – a sort of “motherhood and apple pie” for the water sector.

Yet I think that there’s something missing. What I’d see as perhaps the one absolutely key finding. Which is simply this. That without strong and committed government leadership SDG 6 is going nowhere.  And, that without mechanisms for citizens to hold government to account, leadership is likely to remain lacking. All the rest, more finance for the sector, good water governance, capacity, monitoring – are of course important – but are predicated on governments actually caring enough (or being forced to care enough by citizens) to provide leadership.

The UN’s report probably gets as close to saying this as an inter-governmental body can when it says, SDG 6 includes [..] global targets that are universally applicable and aspirational. However, each government must decide how to incorporate them into national plan­ning processes, policies and strategies based on national realities, capacities, levels of development and priorities. (my emphasis).  The report also says, referencing the World Bank, that: “Improving the use of existing resources, when coupled with implementing reforms, should lead to increased efficiencies, improved services and increased credit worthiness. This can lead to increased access to repayable and commercial financing, which can then be invested in further service improvements, thus continuing the cycle.”

Paraphrasing this and taking it out of the polite diplomatese of the report: the starting point for achieving SDG 6 is Government (at all levels) sitting up, taking water (and sanitation) seriously, and putting its own house in order.  Once this has been done, it may be possible to attract in new investment from non traditional sources.  Without this, without leadership that starts from the top of the executive – the president or prime-minister themselves – and a robust national reform and systems strengthening agenda - SDG 6 will remain nothing more than another set of globally agreed and locally ignored development planners’ dreams.

Two practical things that IRC (and many other partners from global and local civil society) have been doing at the HLPF and beyond are: to present high level decision makers with the evidence they need to make the right choices – evidence as to water’s central role in all the SDGs and in national sustainable development; and, to work to empower citizens to hold their representatives to account for the promises they’ve made, be it locally or at the UN in New York.

HLPF 2018: Review of SDGs implementation: SDG 6 – Ensure availability and sustainable management of water and sanitation for all
As a citizen, do you know which platforms to use to hold your government accountable for meeting the SDGs? - blog by Catarina Fonseca